as the sun set some sundays ago, a group of us honoured International Mad Pride Day by lighting candles and laying flowers near symbolic gravestones for the nearly 200 brothers and sisters who have died while incarcerated in psychiatric hospitals, alone on the streets or at the hands of police.It was a touching, awesome moment that called to mind my own terrible experience years ago at a private hospital near Boston where psychiatrists turned a personal crisis I was suffering into a nightmare and I was involuntarily committed and forced to endure shock treatments — and the libellous label “schizophrenic.”

Over the years, I’ve watched many others face similar horrors it’s no wonder we’ve come to call ourselves “survivors.” The psychiatric profession and the pharmaceutical lobby don’t like this designation. They’ve taken to calling us “mental health consumers” in a kind of warped attempt at political correctness.

They aren’t doing us any favours. Consumers? Well, many of us were almost consumed by psychiatry’s “safe, effective, life-saving treatments.”

Calling us consumers is an insult to everyone who has actually gone through a wrenching personal crisis. The term belongs in the commercial marketplace, not in the health care system. It’s also fraudulent, since it implies real choices. Unless you’re rich, there is virtually no therapy, nor any treatment options except those covered by OHIP. And try getting a second opinion when you’re locked up in a psychiatric ward.

Urging survivors to think of ourselves as customers of a specialized service is an attempt to pretend we aren’t forced to walk around with labels like “mentally ill,” “psychotic,” “schizophrenic,” “manic depressive” or “hyperactive.” These are swear words, mere myths that end by pathologizing dissident conduct, mystical experience or personal life crisis. Such labels are moral judgments and character assassinations masquerading as medical diagnosis.

And they stick like a terrible disease. Once psychiatrists define you, you can be targeted for forced outpatient drugging (community treatment orders), electroconvulsive brainwashing (electroshock), high-risk drug experiments, incarceration, solitary confinement (“for your own good”), homelessness — and sometimes death.

If we want to really help people, we should dispense with the labels. In the psychiatric survival community, we talk about “emotional problems” or “personal crises” and work hard to redefine members’ difficulties as crises that need addressing rather than illnesses that need medicating.

It’s why we struggle for self-empowerment, for affordable, supportive housing, self-help groups, drop-ins and crisis centres, and non-medical alternatives run by us and not by mental health professionals. The “mental health” system can’t be reformed. Rather, it must be abolished, because all its assumptions are inhumane and soul-destroying. That’s why I call myself an anti-psychiatry activist.

And why, on Mad Pride Day, I stop to remember those of us who couldn’t make it through.

Don Weitz is co-editor of Shrink Resistant: The Struggle Against Psychiatry In Canada (1988), co-founder of People Against Coercive Treatment (PACT) and an actor with the Friendly Spike Theatre Band in Toronto. 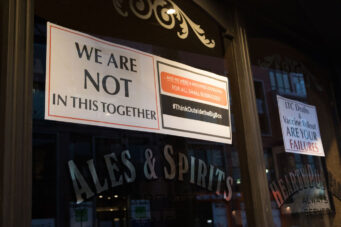