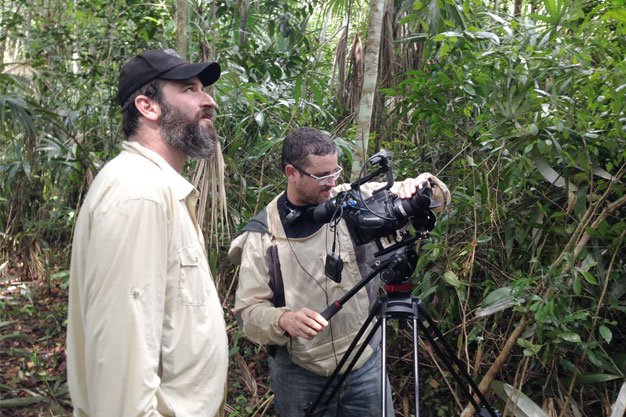 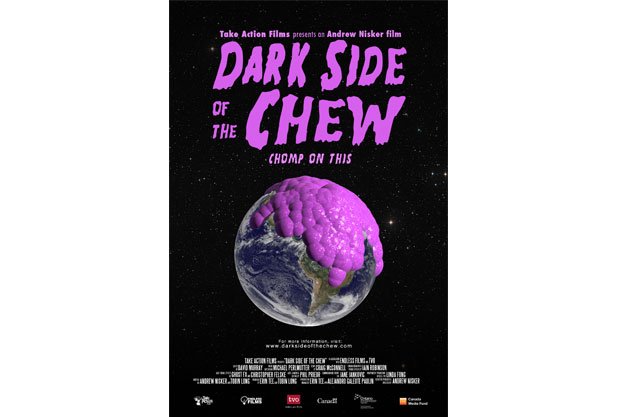 I used to be a pack-a-day kind of girl, until pains in my jaw drove me to quit – not cigarettes, but gum. Maybe that’s why I’m drawn to Dark Side Of The Chew, the doc closing out the Planet In Focus environmental film fest Sunday (November 9), 6 pm, at the Bloor Hot Docs Cinema.

Award-winning Toronto-based director Andrew Nisker’s film delves into gum’s sticky ecological, economic and cultural impacts. We talked to him about what may be his last documentary before he takes his change-making skills to Parliament Hill.

After docs on garbage, chemicals and Agent Orange, what drew you to gum?

Chewing gum is a much more accessible story to talk about with kids when it comes to sustainability and life cycles. The -environmental impact of it is just astounding, but it’s innocuous to most people. Walk down the street, as I am right now, and you’ll walk past gobs of gum everywhere.

What did you discover in the process?

How in the dark people are about what gum’s made of. Gum was originally something that was natural, from trees. Chicle was the main type of gum, mass-marketed by companies 100 years ago, but in the mid 1950s the supply of chicle was dwindling, so companies created their own gum base. [Now] you’re chewing plastic. Not only are people chewing this stuff, but it’s not biodegradable. There are about 2,000 tonnes of it stuck to the sidewalks of Toronto. It takes a lot of water and energy to run the power washers [to remove it]. Then it trickles down into the gutter, and we’re pouring all that plastic pollution into the watershed.

Gum is causing trouble downstream, too?

Plastic going into the watershed ends up back in the food chain. Who do you point fingers at for the problem? If consumers knew, maybe they wouldn’t be spitting out so carelessly. Gum companies need to become more transparent and better educate people.

You’ve decided to run for federal office. Did all your doc work leave you wanting to get more involved?

There’s an opportunity right now with the Liberal party and Justin Trudeau’s team. The party definitely has an environmental bent that hasn’t been there before. Hopefully, I can get into that position where I can whisper in [people’s] ears and try to make a bit of a difference. Everyone says once you get there it’s really hard to change things, but time’s are changing.