Some days its hard not to fear for humanity. In the United States, a racist, homophobic, xenophobic and Islamophobic person. 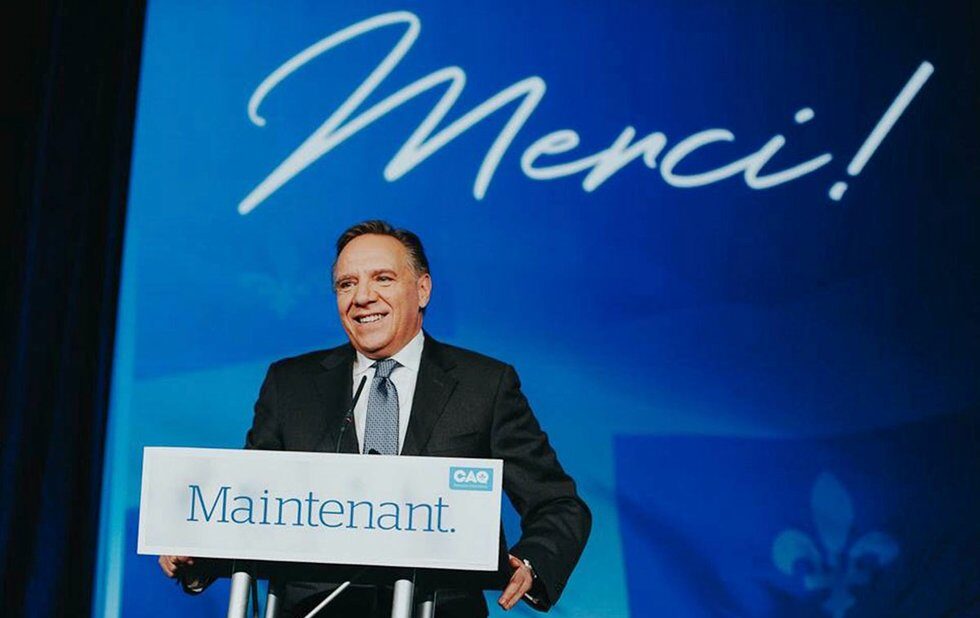 Some days its hard not to fear for humanity.

In the United States, a racist, homophobic, xenophobic and Islamophobic person who lauds white supremacists and mocks people with disabilities is president.

In Austria, Hungary, Poland and Israel, the hard right hold the balance of power. And right here in Ontario the recent election of Doug Ford is laying waste to progressive policy and labour reforms.

However, it is with our neighbour to the east, Quebec, where the diversity, tolerance and acceptance that used to be commended as Canadian traits are quickly losing ground with Coalition Avenir Quebec (CAQ) leader Francois Legaults stunning victory in the October 1 provincial election.

Twenty-four hours after Legaults election, his transition team made it very clear those public servants in positions of authority who wear turbans, kippahs and hijabs will lose their jobs. They can be transferred to a position of no authority otherwise its goodbye. No word, though, on ridding the province of the crucifix, which still adorns the provinces Legislature.

Of course, such action would be a violation of our Charter of Rights and Freedoms. No problem for Legault who, like his right-wing counterpart in Ontario, has threatened to invoke the notwithstanding clause if the courts (which have already ruled that such clothing is permissible) get in the way of his plans.

Whether or not such anti-faith laws come into being is almost beside the point. More germane is the fact that in modern 21st-century Canada, a political leader feels no compunction whatsoever in openly promoting legislation that would establish state-sponsored religious discrimination.

This cannot be seen as just another volley from Quebec that can easily be ignored. Legault is taking a page from the Donald Trump playbook where certain citizens are derided, shamed and then made to be less of a citizen as a result of the God they worship and the tenets to which they choose to adhere.

The silence from faith leaders, human rights advocates and other political leaders in Quebec has been deafening. They seem to have lost their tongues along with their principles.

The prime minister has weighed in, suggesting the feds will be ready to take necessary action should Legault follow through on his threat.

And what is that action?

We know the framers of the Charter did not mean for the notwithstanding clause to be used in a manner that would curtail fundamental human rights. They have said as much. Sadly, though, no restrictions or even guidelines were placed on its use. It is time we do so.

Canada is a country that many today look to for guidance when it comes to how we treat newcomers and marginalized and racialized communities.

Legault wants to place us on the racist trajectory not dissimilar to what Quebec saw under the leadership of Maurice Duplessis who in 1937 enacted the infamous Padlock Act, which ordered the closing of any premises that was suspected of producing subversive material and was used to target trade unionists and Jehovahs Witnesses. Such laws allowed Quebec police to raid and lock down their houses of worship. His time as premier is referred to as le grande noirceur the great darkness for good reason.

Is Quebec now back on this path?

One would have hoped that the days of Duplessis and politically motivated religious discrimination were far behind us. Yet the disdain and intolerance demonstrated so avidly by Legault suggests a return to darker, more hateful times.

Hard right racism and Islamophobia is on the rise across the country and Quebec is a central area for its growth.

The province has the distinction of having the largest anti-Muslim groups in the country with the likes of La Meute (known as The Pack in English) and the anti-immigration group Storm Alliance. Meanwhile, neo-fascist groups like Atalante Quebec are holding marches in neighbourhoods and putting up racist and anti-Semitic posters under cover of darkness.

This past spring, Zeiger, a pseudonym for the second-most prolific writer on the extreme right-wing news website Daily Stormer, was exposed as an I.T. consultant working in Montreal and has since gone into hiding.

No doubt both anti-Muslim and alt-right groups will thank Legault and celebrate the news that observant Muslims and Jews cant engage in public life.