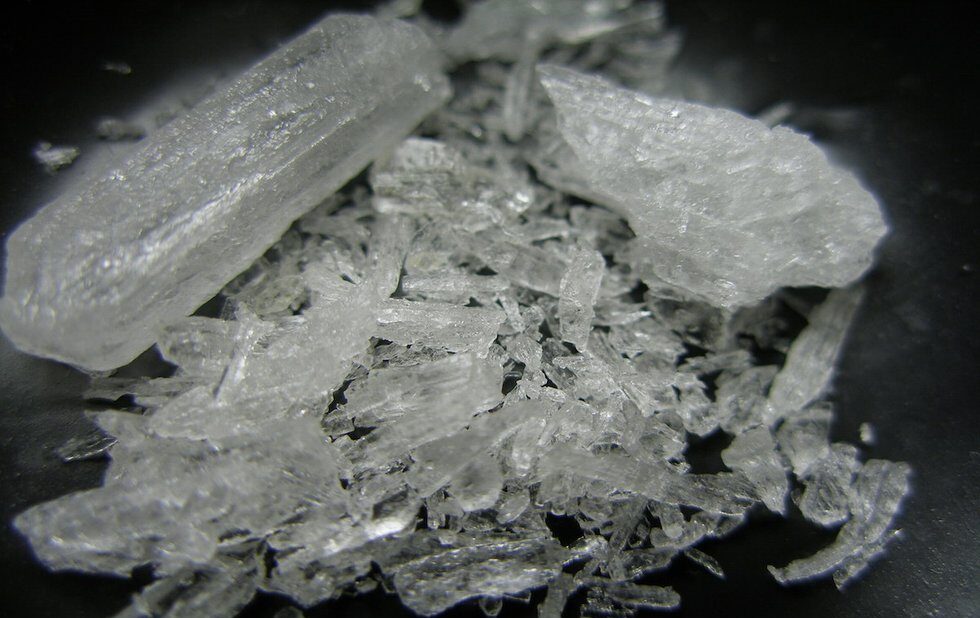 At the height of the AIDS epidemic

Tina will fucking kill you. I’ve got four friends whose lives I’ve seen go down the tubes because of crystal meth. They’ve lost their jobs, their homes, their friends, their self-respect and, at times, their sanity. I haven’t had anyone die on me yet. Some are recovering, but all of them – once self-assured, together guys – are fragile. Every day is a struggle.

At the Ontario HIV Treatment Network conference last December, I attended the forum on Men, Sex And Crystal Meth. A growing number of gay, bisexual and queer people are experimenting with it when they have sex.

The forum was research-heavy, with lots of PowerPoint presentations, but the message was clear. Tina is a very, very dangerous drug. Using it is like playing Russian roulette, only with more than one bullet in the revolver: once you start using Tina with sex, every time you want sex, you want Tina.

The more you use it, the more it takes over your life. Lots of people think they are managing, until all of a sudden they’re not.

I lived through the worst years of the AIDS epidemic, when the condition was a death sentence. We died, one after another. My friends, my fuck buddies. At the beginning, nobody wanted to talk about it. Tina feels the same. Once again, everybody’s pretending that nothing is going on, at least as far as I can see.

AIDS service organizations do many things. They have evolved into the guardians of gay men’s health. That’s where people turn for advice. That’s who we expect to warn us if something bad is going on. That’s who you’d expect to sound the alarm. But I don’t hear any alarm.

To be fair, they haven’t all been negligent. The AIDS Committee of Toronto, for example, runs groups for men in trouble with crystal. The work is all based on a harm reduction model. Harm reduction is good. Keeping people alive is good. Having fewer bullets in a game of Russian roulette is good. If you are dead, it’s too late to recover or get your life back.

Even so, there seems to be real reluctance to get involved in the nitty-gritty of harm reduction – safe injection sites, for example. That’s one problem but not my major issue.

What I don’t see is prevention.

I’m an old-fashioned boy. I get my recreational sex in the baths. And I’m constantly coming across people who are using. I’d say about half of them are scared about what the drug is doing to them. I’ve had people tell me their stories and start crying. All that one guy could say over and over was, “I can’t feel anything anymore.”

The other half think they’re fine. That they’re in control. Then I see them a few months later.

The baths are an entry point into the community for lots of guys. I like to talk to people, usually after sex. I’m constantly coming across guys who have no idea what this stuff is. They’re new, they’re experimenting. They think it’s like smoking a joint. And nobody is telling them differently.

At the height of the AIDS epidemic, the baths were full of posters and material warning people not to have sex without a condom. There are no similar messages warning people about crystal meth. Why?

It’s strange to find myself making this argument. I was a founding member of AIDS ACTION NOW! (AAN) back in the late 80s, when AIDS education programs focused on prevention – condoms, condoms, condoms – protecting the uninfected from the infected.

But for those of us who were already infected, that wasn’t a particularly relevant message. So we organized around our own needs to demand access to treatment, research and proper medical care. That’s what AAN! was about.

That’s not to say the public health arguments weren’t important. They were. But to a different group of people.

Today, around crystal, it’s the opposite. Harm reduction is aimed at users. The idea of keeping people from becoming users in the first place – prevention – has fallen off the table.

We need to recognize that harm reduction and prevention are aimed at two different audiences. And the messages may sometimes contradict. If guys who use go into the baths or on Grindr and find themselves surrounded by messages telling them to beware of this stuff, it may well make them feel uncomfortable. But frankly, it’s a small price to pay. Hopefully, it will get them to consider what Tina is doing to them.

The other argument I hear is that everyone has the right to make their own decisions. That if people want to do drugs, even ones that will kill them, it’s their right. Absolutely. Sure. Fine.

But such decisions need to be informed decisions. If you actually told people, “Hey, do you want to try this? It will destroy your life, and after a while you won’t be able to get hard anymore,” most people would say no thanks.

Another thing I hear is that crystal gives people’s lives meaning, a sense of connection, community, blocks out trauma, etc. That’s even more reason for a clear, unambiguous message that if you are dealing with loneliness or trauma, or feel bad about yourself – in the long run, crystal is just going to make it worse.

What we can’t afford to do is continue the silence. Silence equals death.