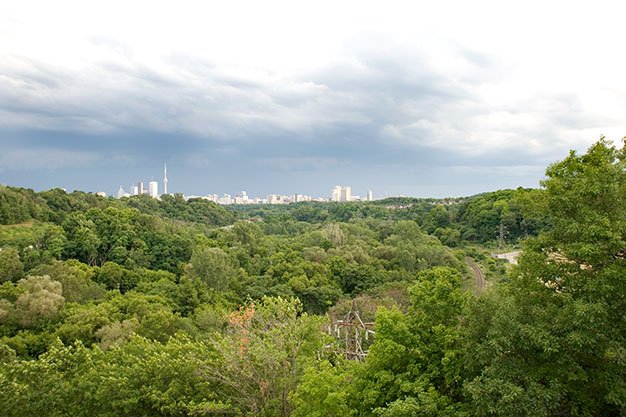 Forty-eight per cent of Torontonians don’t know what they can do to address climate change.

This statistic was brought up numerous times by City of Toronto representatives during a recent public meeting on the city’s plan to address climate change.

Amid a growing awareness of a pending climate catastrophe, we might find comfort in knowing that at least some political jurisdictions have not only acknowledged climate change but are actually doing something about it.

Toronto’s progress is seemingly impressive – we have already reduced city-wide greenhouse gas (GHG) emissions by 44 per cent below 1990 levels, and the goal is to further drop this to 80 per cent by the year 2050.

The city’s 2016 Engagement and Equity report confirms an intention to galvanize individual action, suggesting that “equity” in the context of Toronto’s environmental plan includes efforts to “inform and empower Toronto’s diverse communities” to help achieve its climate goals.

But even as we applaud and support efforts to address our environmental crisis, we must be vigilant to the selective deployment of “equity” that is quick to equitably distribute responsibility for addressing climate change but stops short of equitably distributing well-being.

While Toronto’s plan encourages residents to minimize the carbon footprint of their homes, the plan doesn’t address the city’s housing crisis in which tens of thousands of people are housed precariously and spend an average of five to seven years on the waiting list for social housing. Retrofits might lower our residential energy costs, but too many Torontonians don’t even have homes to retrofit.

While we are encouraged to walk and cycle, the plan doesn’t aim to massively expand the affordability and accessibility of our public transit system that is one of the most expensive in North America – and also one of the most inefficient (based on average commuter time) of all Canada’s major cities.

Similarly, the city’s plan is asking us to minimize our household food waste, but it doesn’t address the problem of food insecurity, an epidemic affecting one in seven Toronto households and a severe public health issue according to Toronto Public Health.

The City of Toronto is asking us to do “our part” towards environmental stewardship before it has done its part for Toronto residents.

We are rightfully distressed at those in charge who either deny global warming or refuse to take meaningful action, but we should also be wary of those who take the “we’re all in this together” approach to responding to climate change.

While all of us have something to lose from the unfettered march down this path of environmental destruction, we have, in fact, never been in this together.

Globally, the excessive accumulation of wealth by a few has been financed by the simultaneous abuse of both our planet and of the world’s poorest.

And while many of us live in fear of what climate change will mean for our way of life, many are already living with these realities.

A recent study found that climate change has already worsened global inequality, with millions experiencing the impacts of drought, disease, and extreme weather. But so normalized is the misery and deprivation of the world’s poor that even in our new best-case scenario of limiting global warming to 1.5°C by the year 2100, millions will still experience food insecurity, lost income and livelihoods, and worse health.

Our approaches to environmentalism need to reflect this reality.

Because if race and class aren’t properly accounted for in our environmentalism, then fixing our “environmental footprint” simply means restoring the planet to a state in which it can continue to serve the desires of a few, at the expense of the many.

Toronto will be but a (low-)carbon copy of a society marked by extreme and growing inequalities.

By framing our barrier to sustainable transportation as one of not enough people walking/cycling – rather than one of too many cars, and insufficient public transit – the city’s environmental plan depends upon the ongoing and non-consensual sacrifices of the city’s poorest: those who can’t afford a car and have little option but to take “active transport” in the absence of a reliable and efficient public transit system.

The city’s environmental plan reflects a common tendency in mainstream environmental efforts: a heavy reliance on the private sector as allies in financing environmental projects and implementing eco-technologies.

In a report released this summer, the UN’s Special Rapporteur on Poverty and Human Rights warns that “if climate change is used to justify business-friendly policies and widespread privatization, exploitation of natural resources and global warming may be accelerated rather than prevented”.

Indeed. According to analysis by the Center for International Environmental Law, the carbon-removal technologies being touted by the corporate sector as a crucial element of our movement to a law carbon economy actually rely on the continued combustion of carbon-intensive fuels and ultimately undermine climate change efforts.

A 2017 report by the Carbon Disclosure Project found that just 100 companies have been responsible for more than 70 per cent of the world’s greenhouse gas emissions since 1988. If 48 per cent of us don’t know what we can do to address climate change its because, well, we can’t.

But of course there is much to be hopeful for – because if 48 per cent of us don’t know what we can do to address climate change, it means that we haven’t yet been flexing our collective muscle towards fundamental change.

We can galvanize our energy towards a public transit system that is affordable and effective, local food sovereignty, energy-efficient affordable housing, and green jobs. We can work towards a world that respects the limits of our planet and ensures that its fruits equitably serve all of its inhabitants. A sustainable future is one in which we all have the capacity to survive and thrive.

Khadijah Kanji holds a masters in social work. Her areas of research include Islamophobia, racism, transphobia and homophobia.