As many as 20 search warrants are expected to be filed or executed by the RCMP by week's end, a Nova Scotia court has heard 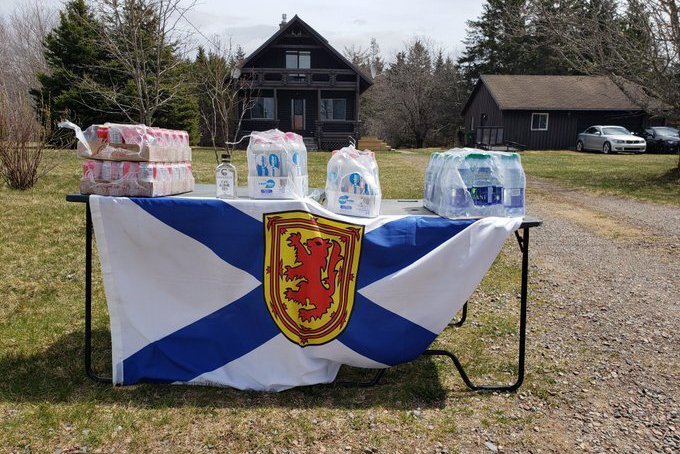 The RCMP’s probe into last month’s mass shooting in Nova Scotia is moving rapidly behind the scenes.

As many as eight search warrants are expected to be carried out by the RCMP this week into the killing spree – the deadliest in Canadian history with 22 fatalities.

And by week’s end, as many as 20 search warrants related to the investigation will have been issued by the courts.

That news emerged at a hearing conducted by teleconference on Monday (May 11) in front of Nova Scotia Judge Laurel Halfpenny MacQuarrie. The hearing was held to argue an application brought by a group of eight media organizations, led by the CBC. They’re seeking the release of information used by the RCMP to obtain a group of seven search warrants, a number of which were executed last week at properties owned by the gunman, Gabriel Wortman.

Mark Heerema, one of two lawyers representing the Nova Scotia Crown’s office, cautioned that the process of what to redact is painstaking and requires consultation with investigating officers, among others. He reports that it took two days to complete redactions on one search warrant.

Heerema said detailed affidavits to support the Crown’s decisions on what information is released could take up to a month to furnish.

That’s not an idea the judge was willing to entertain, citing the public urgency surrounding the case. The Crown was given until May 19 to submit its first batch of redactions.

The court also heard that criminal charges are likely in the case.

Even though Wortman was killed in a confrontation with police, there are questions to be answered about where he obtained the unregistered firearms used in the killing spree as well as RCMP uniforms and other equipment he wore during his rampage.