Custody battle travels from Egypt to Welland, Ontario and back again: Reasonable Doubt

An Amber alert was issued for Welland, Ontario resident Layla Sabry on Dec. 2, together with a Canada-wide arrest warrant. 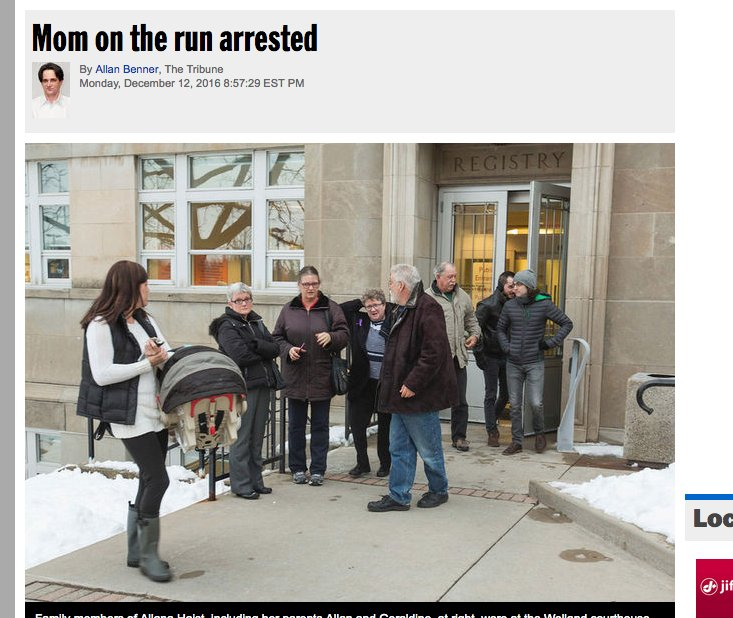 An Amber alert was issued for Welland, Ontario resident Layla Sabry on Dec. 2, together with a Canada-wide arrest warrant for her mother, Allana Haist. Two weeks later, Haist turned herself in.

Layla is the nine-year-old, Egyptian-born daughter of a Canadian mother and Egyptian father, Mohamed Abdel-Motaleb. Accordingly to her father, Laylas mother deprived him with court-ordered contact to his daughter for more than a year by smuggling her out of Egypt and across the Sudanese desert in the face of a court order that prohibited either parent from removing Layla from Egypt. According to Haist, Laylas father sexually abused Layla and forced her into a sex trafficking ring in Egypt involving thousands of men and hundreds of children. Haist, who has been charged with child abduction, says she contravened court orders to protect her daughter.

Both the Niagara papers and legal community intently followed the litigation between Laylas parents in the Welland courthouse. The sole issue before the court was whether Layla would suffer serious harm if returned to Egypt to have the issues of her custody and access determined there. In many ways, however, far more was on trial here than the issue of jurisdiction. Both parties had strong legal representation.

Submitted into evidence at the trial was a videotaped interview of Layla disclosing allegations of abuse. The difficulty, as with any piece of electronic evidence, surrounds the circumstances of its making. In the case of a video, who and what was going on in the room when the video was taped what was said before and after the tape was turned on and whether the tape was edited or manipulated in any way are all factors. Often people bring text messages into the office wanting to use them as evidence against the other side but, more often than not, we are only being provided with a snippet of the conversation which, when taken out of context, can appear very different than when read in the context of a two-sided dialogue.

The court heard from Laylas maternal grandparents, a local detective and Childrens Aid Society worker. Without question, Laylas grandmother believed the tales, referring to her former son-in-law as a rapist. According to the detective, he was concerned the video was contrived while the CAS worker found that Layla made fantastical statements and was unable to provide convincing details about the abuse. Who is more believable, an objective outsider with years of experience in the field who doesnt know the child? Or a subjective insider who could be blinded by her loyalty to her own daughter, but knows her granddaughter very well?

Unlike most family law matters, this was a winner takes all file. There could be no happy medium, no compromise. Both parents reputations were at stake: either Mr. Abdel-Motaleb is a wronged, loving father or he is a vile paedophile. Either Haist is a loving, protective mother or she is a liar.

And if the Welland court assumed jurisdiction, Abdel-Motaleb and his Egyptian-residing family would need to continue paying for the significant personal inconvenience to litigate the matter here. If jurisdiction proved to be in Egypt, then Haist would face the difficulty of attempting to litigate the matter in a country whose laws she flaunted all while facing charges in Canada which would preclude her from travelling to Egypt to fight for custody and access to her child.

Generally speaking, the best practice is to settle the litigation as a compromised settlement, which may be better than the result achieved by way of judgment. This was not such a case.

After five days of hearing, the court determined that it would not assume jurisdiction in the matter, concluding that Haist was a remorseless and persistent liar, and Laylas allegations against her father were so implausible as to be impossible. Layla and her father have now returned to Egypt. Whether litigation between her parents resumes there, and when or if Layla will ever see her mother again remains to be seen. What is clear, however, is that family law litigation comes with a high financial and emotional cost. And the opinion of one individual, in this case the judge, can have a profound impact on the lives of many.