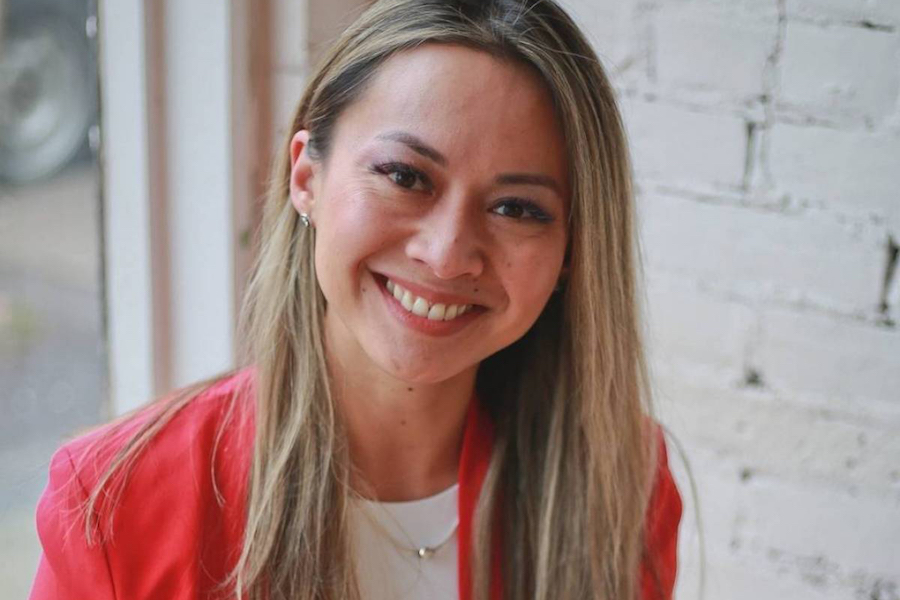 Resplendent in red Filipiniana dress, Rechie Valdez on election night declared: “This is a ‘we’ moment. We did this together.”

Valdez won the GTA riding of Mississauga-Streetsville, becoming the second Canadian of Filipino ancestry to be elected as Member of Parliament.

With her victory, Valdez also forged new history as the first Filipino woman to sit in the House of Commons.

Valdez was one of four Filipino candidates fielded by the Liberal Party of Justin Trudeau in the September 20 federal election.

With her family by her side, Valdez addressed ecstatic supporters on election night, turning emotional at times.

“I am so proud to stand here with all of you in this history-making moment,” she said.

A video of her speech was posted online by Omni News: Filipino Edition as word spread about her electoral breakthrough.

“Today we made history and her-story, as you helped elect the first Filipina in parliament,” Valdez said.

Rey Pagtakhan was the first Filipino elected to the House of Commons.

Pagtakhan represented the Liberal Party in Winnipeg North, later renamed Winnipeg North-St. Paul in Manitoba, for nearly 16 years, from 1988 to 2004.

The Filipino community has never had another MP for almost 20 years.

Joseph “Joe” Planta, a pioneer in online journalism in Vancouver, considers Valdez’s victory as a very significant milestone for the Filipino community.

Planta, who was born to Filipino parents in the city, said her election in Mississauga will inspire and open the doors for others.

“She’s of a different generation and experience than most people we see in Parliament now,” Planta observed.

“And that variety of experience makes her relatable to all sorts of segments of the population: immigrants, second-generation Canadians, women, the young, or any other demographic that might not have considered politics as a possibility,” he added about Valdez.

“That’s something to look forward to,” Planta continued. “And it’ll be exciting to see what she’ll do with her office in terms of what she spoke about during the campaign about inspiring and supporting more women in politics.

“I think she’s demonstrated a willingness to do that, and I don’t doubt that she’ll want to speak about diversity and inclusion. That’s something that I think has emerged out of Monday’s election, and her election as well,” Planta said.

Former Vancouver librarian Erie Maestro is a leader with Migrante Canada, an alliance of Filipino immigrant organizations in the country.

“There will be a lot of expectations of her, especially because she is the first woman from our community, and because of the nearly 20 years of having no one from the Filipino Canadian community [in the House of Commons],” Maestro said about Valdez’s election.

Maestro added that a “seat in Ottawa is a voice for all Canadians not just for the Filipino community.”

“It should be a voice for all who are marginalized, whose voices are not often heard – women, especially racialized women, workers and seniors,” Maestro continued.

“And I would like to add that when we say workers, it will include precarious workers and all migrant workers who are brought in through the federal temporary migrants worker, caregiver program and seasonal agricultural program,” Maestro explained.

“Why? Because under the Canadian Charter of Rights and Freedoms, their rights here in Canada must be respected. They pay their taxes to the Canadian government and should receive the benefits and entitlements that every taxpayer deserves and because to treat workers fairly and justly is the right thing to do. It also means to take seriously the call of migrant workers for landed status.Human rights begins at home,” Maestro added.

Valdez has worked in banking before going into business. She is also a media personality. She and husband Christopher have two young kids, Kyle and Cassidy.

Valdez reminds of Manolita, a key character in the 2016 debut novel of Vancouver author Eleanor Guerrero-Campbell.

Guerrero-Campbell’s Stumbling Through Paradise: A Feast Of Mercy For Manuel del Mundo tells the story of a fictional Filipino family who moved to Canada to build new lives. In the novel, Manolita ran for MP in a riding in Vancouver.

With Valdez winning the election, the 17-year political drought that has beset the Filipino community is finally over.

The glass ceiling has been broken as well.