In Iraq, Canadian forces prop up another hated regime 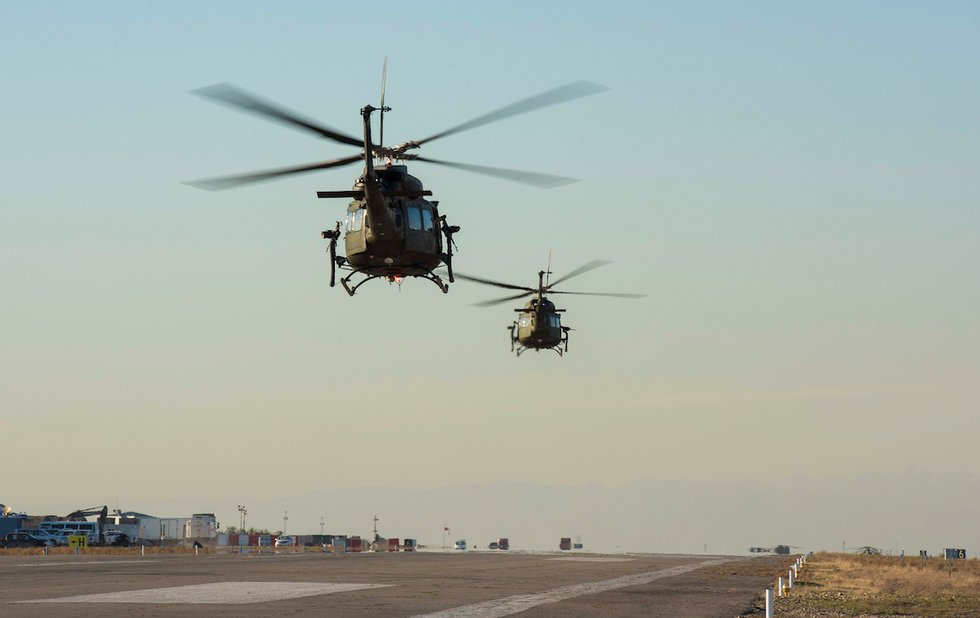 On October 19, the Canadian Armed Forces (CAF) posted a photo of Canadian soldiers in sports gear playing hockey in an air-conditioned gym at Camp Taji in Iraq. “Ball Hockey Night in Iraq!” reads the headline.

CAF members that are part of Operation Impact in Iraq host a weekly ball hockey night and face off with coalition partners from Sweden, the United States, Germany and Poland.

“Sports play a prominent role in promoting fitness and good health within the military community,” the accompanying text reads. “It also contributes to improved leadership skills, teamwork, loyalty and commitment.”

All this talk of good health and camaraderie but not a single reference to the hell that’s raging outside the heavily protected walls of the NATO compound just outside of Baghdad.

Last Thursday, there was news that Iraqi security forces had killed four protestors and wounded 100 others in violent clashes just outside the Green Zone in Baghdad. To date, more than 250 Iraqi civilians have been killed in the one-sided clashes, which have also resulted in thousands of protestors being injured in recent months.

The incident barely caused a ripple in the Canadian media as it was simply the latest in a steady stream of clashes in a country that has been awash in sectarian violence since the U.S. invasion back in 2003.

This most recent wave of unrest began with public protests against government corruption, unemployment and the inability of the current regime to provide basic services and utilities.

Canada is currently involved in two separate military missions in Iraq. One is a contingent of Special Forces trainers who have the vague mandate of aiding and assisting Iraqi forces in the aftermath of the defeat of Daesh (aka ISIS or ISIL).

The second much more clearly defined role is that of lead nation in the NATO training mission based in Camp Taji. Some 250 Canadian soldiers are directly involved in training the security forces of the Iraqi regime. That would be the same Iraqi military personnel that have been mowing down unarmed protestors.

Although the Canadian media has largely ignored the violence in Iraq, you would think that the incidents would be a major concern for Canadian soldiers on the ground. Not only is the violence happening in their own backyard, it is potentially being perpetrated by recruits they are training.

It would seem that we have learned nothing from our 12 years in neighbouring Afghanistan. For the first nine years of that military operation, Canada sent soldiers to battle insurgents. But for the final three years in Afghanistan we trained Afghan security forces to prop up one of the most corrupt regimes on the planet.

For some reason, the Canadian military has convinced itself that they are particularly good at training recruits. The truth is that the Afghan and Iraqi security forces trained by Canadians are just as woefully inept and unmotivated as those trained by our NATO allies.

Like Camp Taji, Canadians also set up ball hockey tournaments at the airfield in Kandahar. Hockey is something Canadian soldiers do particularly well. Our track record at propping up hated regimes is not so stellar.