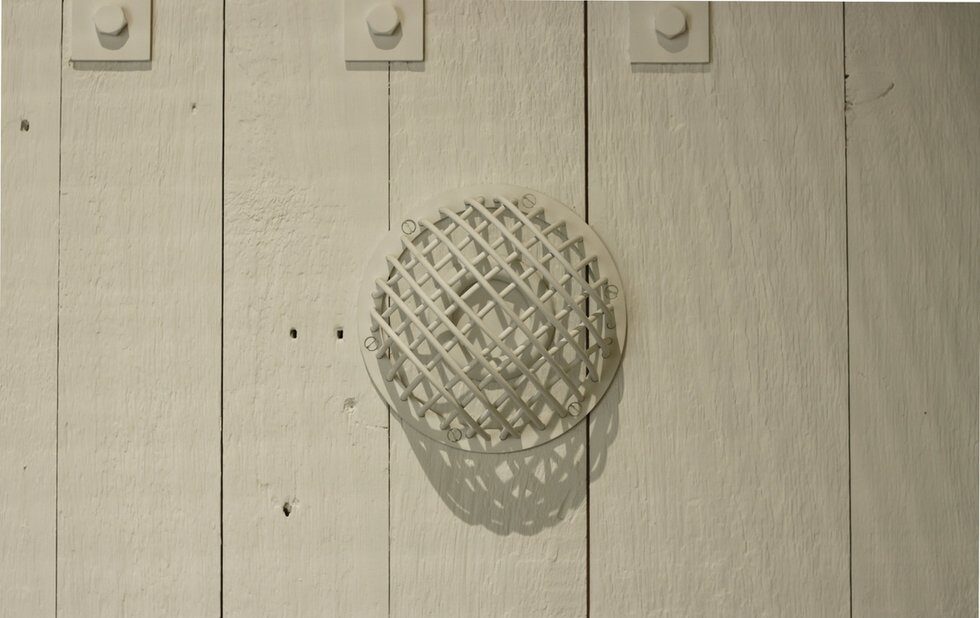 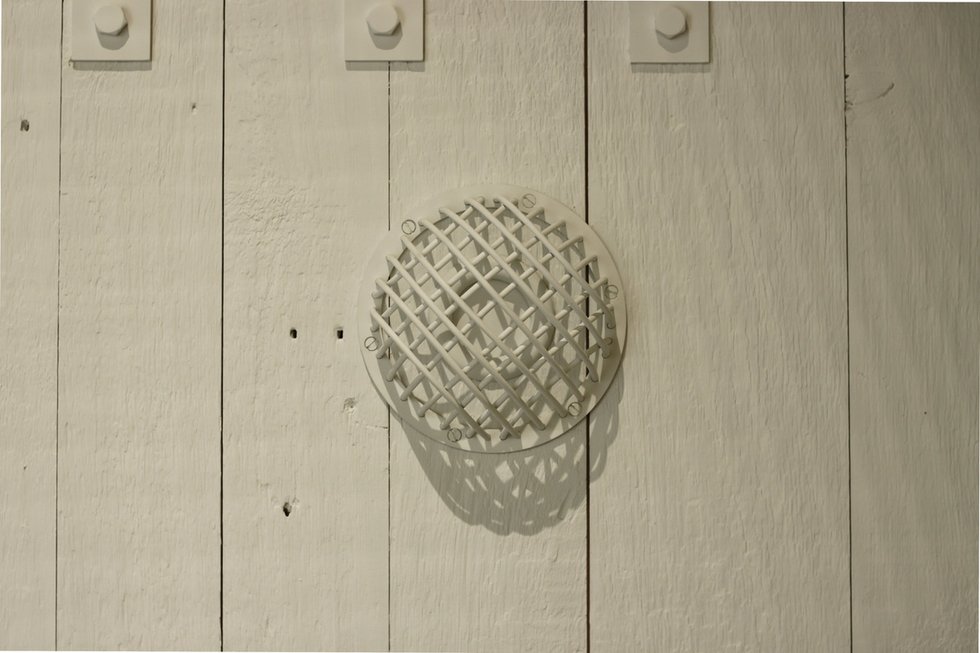 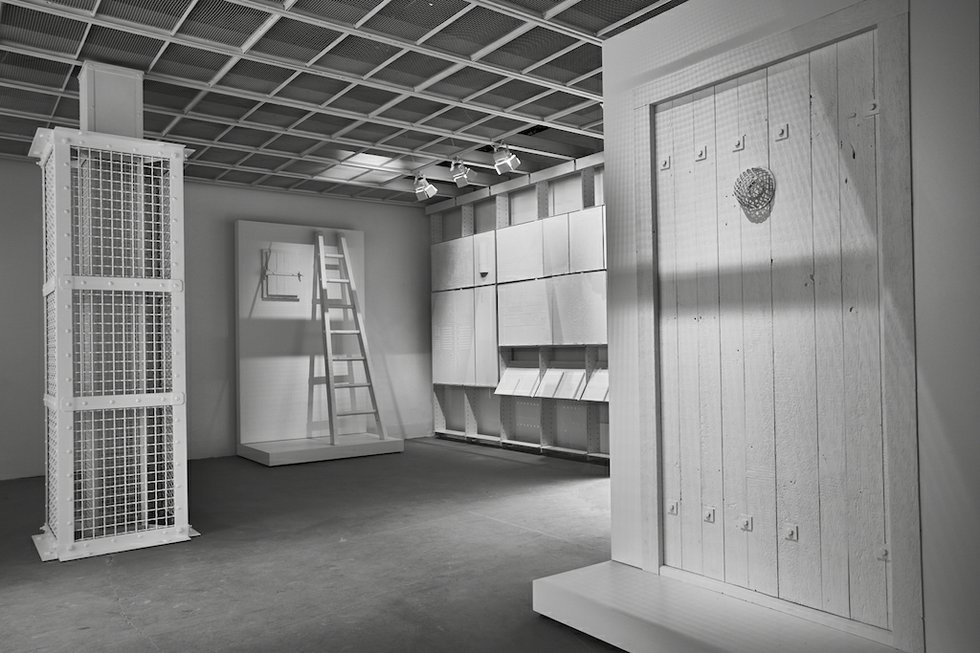 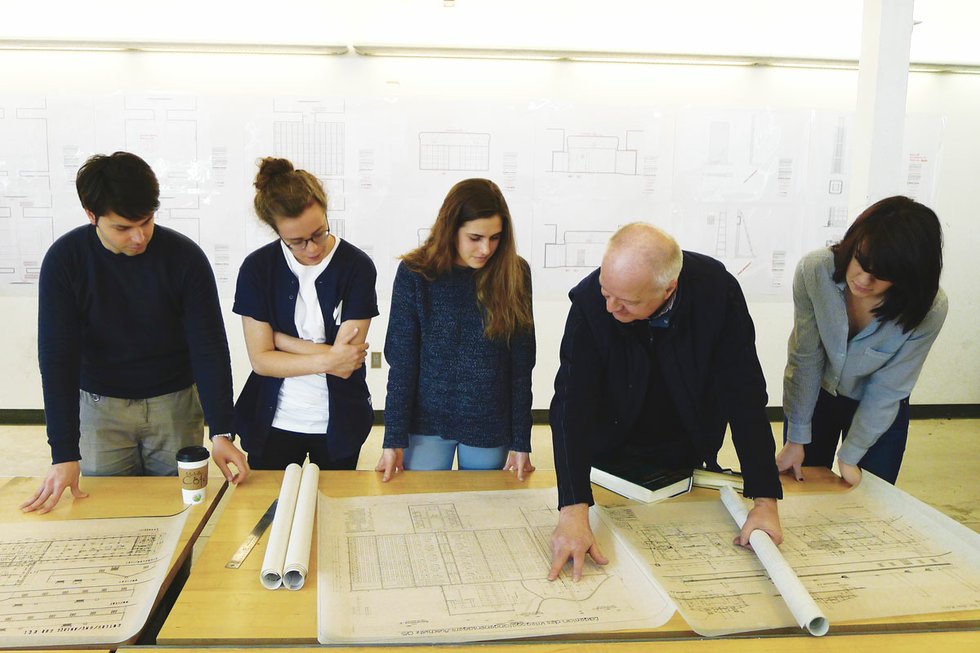 Visitors to the Royal Ontario Museum (ROM) are being treated to an obscene display among the collections of dinosaur fossils, Egyptian mummies and suits of armour – a  scale model of a gas chamber of the kind used at Auschwitz where more than one million Jews were put to death between 1942 and 1944.

The Evidence Room exhibit, as it is named, consists of white plaster replicas of elements of the Nazi death camp murder machine, including the steel mesh columns through which pellets of Zyklon B insecticide were lowered to asphyxiate the hapless prisoners locked inside the gas chambers. Similarly, it depicts the heavy door, which was bolted from the outside.

The exhibit also includes a reproduction of the original architectural drawings prepared by German architect, engineer and SS-Sturmbannführer Karl Bischoff, who served at Auschwitz as chief of the Central Construction Office of the Waffen-SS.

Visitors to the ROM will note the meticulously planned airtight seal around the gas chamber’s door to prevent toxic leaks, and the grill-covered peephole that allowed dignitaries to watch the prisoners die.

“To understand this room… we first have to acknowledge that it’s related to the most murderous place,” said the exhibit creator, Robert Jan van Pelt at a ROM Speaks lecture on June 27.

Van Pelt’s grisly display is the first in a ROM series intended to engender discussion of contemporary issues. And the issue here is forensic architecture, a relatively new field that uses planning and design tools to understand human rights abuses, in this case genocide.

For van Pelt, a Dutch-born architect who teaches at the University of Waterloo, The Evidence Room represents the culmination of two decades of work.

Van Pelt served as an expert witness in the infamous trial of Holocaust-denier David Irving in London in 2000 in which Emory University professor Deborah Lipstadt was accused of libel by the World War II pseudo-historian. Irving famously quipped “No holes, no Holocaust.”

Van Pelt testified that indeed there were apertures in the gas chambers’ ceilings through which poison pellets were dropped. His testimony led to his 2002 book The Case For Auschwitz: Evidence From The Irving Trial.

The 592-page volume greatly impressed Alejandro Aravena, the curator of the 2016 Venice Architecture Biennale. The Chilean, who was awarded architecture’s prestigious Pritzker Prize for his work transforming slums and making architecture a tool of justice and social change, commissioned van Pelt to create an exhibit explaining the workings of an Auschwitz gas chamber. A model was on display at last year’s Venice Biennale.

In preparing for the current exhibit at the ROM, van Pelt together with his colleagues Donald McKay, Anne Bordeleau and Sascha Hastings, wrote a supplementary book, The Evidence Room, published by the New Jewish Press in association with the University of Toronto’s Anne Tanenbaum Centre for Jewish Studies.

“It is difficult to imagine the details of a gas chamber, where humans were locked in to die,” says one Holocaust survivor quoted in van Pelt’s new book. “One has to feel the double grates that protected the bucket filled with poison pellets from the desperate hands of the condemned, peer into the bucket, imagine the pellets melting away, the poison oozing out of them.

“I knew a good deal about the Auschwitz-Birkenau murder factory,” says the survivor, “but the gas column really shocked me. Because of what I had read about people thinking they were going into a shower room, I had always imagined the gas being dispersed by sprinklers. Touching that construction had a profound effect on me – a new visceral recognition all these years later.”

And what of the pristine white plaster van Pelt and his architecture students used to build the reproduction?

For me, it jarringly evoked a sense of peace and innocence. But as well, it called to mind that those murdered in the gas chambers defecated and urinated as they died and that Sonderkommandos (a special unit of slave labourers who removed gassed corpses and hauled them to the crematoria) had to whitewash the gas chambers after each usage.

The Evidence Room is on display at the Royal Ontario Museum until January 28, 2018.

Gil Zohar is a journalist based in Jerusalem.