Universities are beginning to offer courses on positive psychology and happiness 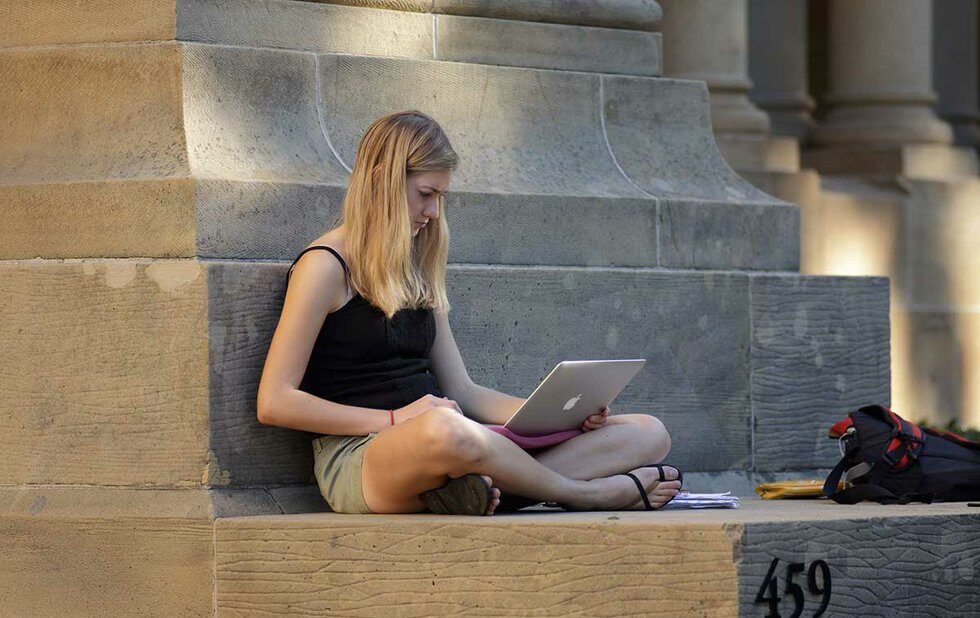 With mental health issues on the rise on campus, many North American universities are now offering students courses in positive psychology and happiness.

Winter is the cruelest time for post-secondary students.

There’s stress from the never-ending deluge of assignments and exams, anxiety over upcoming co-op and internship placements, concern about graduation and acceptance into post-graduate programs – not to mention dwindling finances, social drama and all the cold, dark days. Even for non-students, these days can test our mental health. So can we learn to be happy?

Universities are now beginning to teach courses on positive psychology and happiness, says Diana Brecher, a scholar-in-residence at Ryerson University.

“Essentially, it’s about increasing our sense of well being, cultivating the skills we need in order to have life satisfaction, having a sense of purpose and being able to bounce back after things go wrong.”

Brecher runs ThriveRU at Ryerson, a program that launched in 2016 and teaches skills associated with resilience including mindfulness, gratitude, optimism, self-compassion and grit. The course is not only popular with students, but open to faculty and staff as well.

“Resilience is an essential component to well being and flourishing,” Brecher explains. “We’re really beginning to change the culture here and ask how we can create an environment that’s positive for everyone.”

So far, some 600 students have gone through the program. When a similar course at Yale University was offered for the first time this winter, more than 1,000 undergraduate students enrolled. According to the New York Times, Psychology And The Good Life taught by psychology professor Laurie Santos is now the most-popular course in Yale’s 316-year history, with one in four students enrolled in the program.

“Students want to change, to be happier themselves and to change the culture here on campus,” Santos told the Times. She reports the students developing “good habits,” like showing more gratitude, procrastinating less and increasing social connections. “We’re actually seeding change in the school’s culture.”

Brecher, a clinical psychologist who’s worked at Ryerson for 27 years, has spent a lot of time in the school’s counselling centre. She says mental-health support services have always been a priority on campus but that the program is aimed at helping students mitigate crises through proactive learning.

ThriveRU includes various programs ranging from four to 11 weeks in length, as well as a free workbook (available online). These workbooks were recently purchased by the University of Windsor for its students. Brecher says Carleton, York and the University of Toronto are building similar curriculums.

“The Ontario government has also identified mental health concerns for post-secondary students as being important, so they’re funding all kinds of new initiatives,” Brecher says.

Bell Let’s Talk and the Rossy Family Foundation are also lending their support to mental health learning. Ahead of Bell Let’s Talk on January 31, this week the two announced the creation of a national standard for post-secondary student mental health by pledging $1 million to the Mental Health Commission of Canada (MHCC), which will lead the project.

In a news release, Mary Deacon, chair of Bell Let’s Talk, says the program will be similar to the National Standard of Canada for Psychological Health and Safety in the Workplace, which launched for working adults in 2013.

Louise Bradley, president and CEO of MHCC, added that while post-secondary education can be an exciting time for many young adults, it is also “a time of increased susceptibility to mental health problems and illnesses as students juggle financial, academic, family and personal demands.”

Brecher agrees, pointing to financial strain and work-related stress as some of the most common concerns for students.

“A lot of students also have huge commutes that are up to two hours each way. All those things factor into stress,” she says.

Social media, such as Facebook and Instagram, can additionally be a source of unhappiness for many people. On the flip side, the scale of connectivity that social media provides has also helped break down stigma about mental illness.

“We have a #BellLetsTalk day and mental health month in February. When we increase awareness, people start talking about it,” Brecher says. “There’s a strong interest in saying things are harder now, but I think we’re just talking about it more.”