Like collapsing ice shelves, the surge of barrel-bodied salps in the Southern Ocean tells us that other life forms in Antarctica and its surrounding waters are in decline 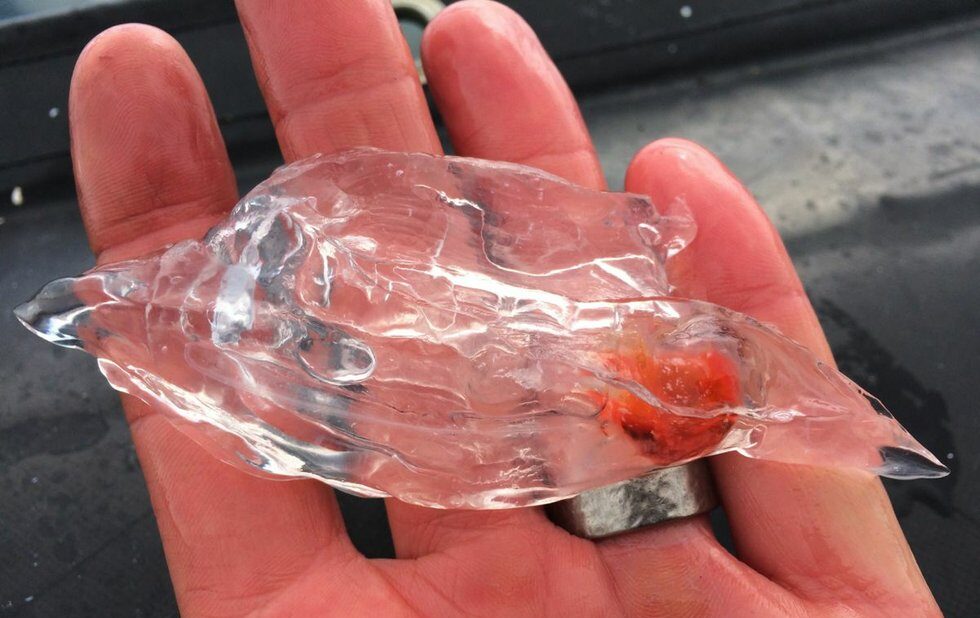 Antarctica – Salps. Translucent, gelatinous salps. The water’s so thick with the barrel-bodied invertebrates that the propeller of my Zodiac dissolves them into salp soup.

In Mikkelsen Harbour of Trinity Island, on the Antarctic Peninsula, the icy merengue of millennial accumulation cakes all but the steepest peaks.

It’s early March, near the end of the austral summer and tourist season, but you wouldn’t know it from the plankton-rich waters and abundance of humpback whales and fur seals.

I consider the palm-sized critters.

Salps and humans are chordates. Planktonic and ubiquitous, salps live in all oceans including Antarctica’s Southern Ocean, which contains some of the most productive waters on the planet.

But the star of the Southern Ocean is the Antarctic krill, Euphausia superba, a shrimp-like species. Krill are a keystone species here. Everything eats them directly or indirectly. Penguins, baleen whales, seals, seabirds and fish, even krill eat krill. No krill, no Antarctica.

The fascinating specimens are bioluminescent and capable of fasting 200 days. Adults can revert to their youth, shrinking and undergoing genital retrogression, only to regrow everything in time for summer breeding. Their numbers are mind-blowing – some krill swarms can cover more than 450 square kilometres of ocean.

And while the salp I’m holding seems innocuous, it is a concern.

When salps are abundant, Antarctic krill are scarce, and vice versa. Like collapsing ice shelves, their appearance tells us that Antarctica is warming.

Both krill and salps have complicated life cycles, but the latter prefer the less productive, warmer, ice-free waters of the of the Antarctic Circumpolar Current further north.

The life cycle of a salp is anything but straightforward. Sequential hermaphrodites, they alternate between solitary asexual, female, then male chains. Their complicated and strange physiology allows them to reproduce quickly and take advantage of plankton blooms. Made mostly of water with little body matter, they grow quickly.

Krill also have a complex life cycle, but it’s far more drawn out and precarious. Krill spawn in January during the Antarctic summer. Males fertilize females that each produce as many as 10,000 eggs. Fertilized eggs develop into embryos while dropping into the abyss some 700 to 1,000 metres down when they hatch, the larvae begin a long journey toward the surface again, developing along the way. After two to three years they become adults.

Unlike salps, with their short lifespan, krill live seven or more years, but like salps, they reproduce in astounding numbers.

However, since the 1970s krill populations have dropped by as much as 70 per cent in their most critical habitat, the southwest Atlantic sector of the Southern Ocean.

Andrea Piñones, an oceanographer and research associate at the IDEAL Research Center, has a particular interest in climate change in marine environments. She focuses on how Antarctic krill are affected by climate change in the Southern Ocean.

Scientists like her are trying to understand their decline.

“There’s still a debate,” she says. “Some scientists attribute this decline to an increase in whale populations. However, there is a clear correlation between abrupt environmental changes and the abundance [or decline] of krill populations.”

The Southern Ocean and Antarctic climate have existed in their current frigid form for at least 15 million years, and krill have evolved concurrently.

While increased temperatures may accelerate hatching and early development, temperatures above 2°C lead to physiological stress and reduced growth. But one element may be more important than temperature alone: ice.

Mistakenly viewed as white, uniform and lifeless, sea ice is essential to the Antarctic ecosystem, and its underside can be covered in a dense mat of brown and green ice algae.

Krill, especially juveniles, depend on this subsurface matrix of brine channels and crevices, a microcosm of life where innumerable plankton live, feed and hide from predators.

When springtime arrives, the melting sea ice, like farmers sowing seeds, releases plankton into the water for the spring bloom. Summer krill abundance is correlated with the extent of the previous winter’s sea ice.

The Antarctic Peninsula and surrounding waters are one of the fastest-warming areas of the planet. Despite an increase in total sea ice in Antarctica, ice in the peninsula region is melting as quickly as in some areas of the Arctic, and the ice-free season is now over three months longer.

Temperature is partly to blame. Mean annual air temperature has increased 4 to 5°C in the last 50 years, along with increased sea temperatures. Atmospheric changes have caused winds to migrate further south and increase in intensity by 15 to 20 per cent.

While ice extent has increased in other areas of Antarctica, it’s not necessarily ideal habitat for krill.

“More important than the extension of sea ice cover for krill’s early life cycle is the time of formation of sea ice,” says Pinones. “When Antarctic krill encounter their first winter, they rely on sea ice forming in a certain period. If this period shifts in time, it may have consequences for krill survival.”

Delayed ice formation in the fall means that algae have less time to form with dropping winter light levels.

Not only do more salps indicate less krill and less ice, they may also compete for food and even consume krill eggs and larva.

Ocean acidification is another concern. Not only does CO2 lead to a warming atmosphere, but dissolved in the ocean it forms carbonic acid. An acidic ocean lowers krill hatching rates and inhibits creatures like plankton and other benthic organisms from forming calcium carbonate shells.

Southern hemisphere populations of humpback, fin, blue and other baleen whales migrate to Antarctica annually to feast on krill. At least four seal species also rely on krill. Some, like crabeater seals, are so specialized that they’ve developed strange multi-lobed teeth to strain the seawater. Some species are already showing the effects of less krill: Western Antarctic Peninsula populations of Adélie and chinstrap penguins are dropping.

Whale populations, however, are increasing, and humpbacks may be at their pre-exploitation numbers. At one point the proliferation of krill acted as a buffer to seasonal fluctuations. But today, nature has lost its wiggle room, and any change in krill populations could mean starving seals and whales.

To top these mounting concerns is the krill fishery. Today it is managed by the Commission for the Conservation of Antarctic Marine Living Resources (CCAMLR), which was established in response to an unmanaged krill fishery.

Most of the fishery is concentrated around krill’s most vulnerable point, the Antarctic Peninsula. That’s where we see enormous factories capable of trapping, processing, freezing and packaging.

What might humans want with such a tiny creature? While most harvested krill go to livestock and fish farms, there are growing medical applications, and the health industry markets oil-containing krill pills for their omega-3 content. It has the potential to be the biggest fishery on the planet, so we’re facing the prospect of continued decline.

Back in the icy amphitheatre of Mikkelsen Harbour, the tiny D’Hainaut Island is home to a gentoo penguin colony. Despite the overabundance of salps floating around my Zodiac, the krill-pink snow from penguin guano and the proliferation of minke and humpback whales and fur and leopard seals tell me there’s still krill – for now.