NOW MagazineNewsYear In Review 2018: BLM-TO’s Sandy Hudson on why sitting out 2019 is not an option

The ways in which racism, anti-Blackness and white supremacy interrupted our lives over the last 12 months has me very nervous for 2019 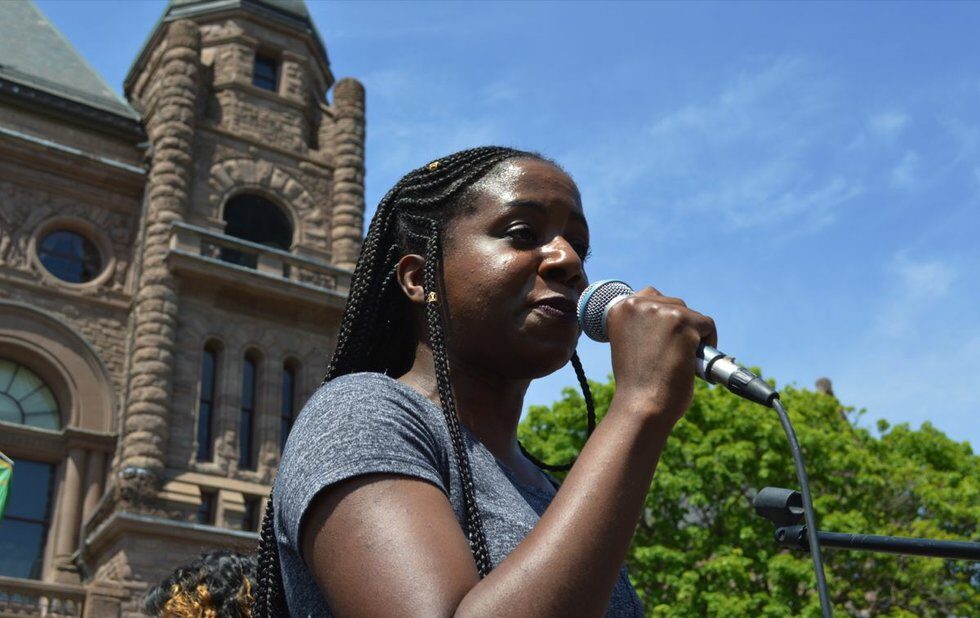 As I write this, social media feeds are saturated with commentary on the latest news of cuts to social programs. In an obvious attempt to bury the story, the Ford government released a memo to Ontario school boards on Friday evening, December 14, informing them of $25 million worth of cuts to several programs, including those specifically designed to support Indigenous, Black and racialized children and youth facing the violence of poverty.

The cuts amount to less than one per cent of the school budget, but six months into Ford’s feverish iron-fisted reign, the attacks on the poor and people of colour among us have become routine. It is clear that this government has no interest in anti-racism initiatives. In fact, it regularly employs dog-whistle politics to appeal to the white supremacist elements of its right-wing base.

This is the context under which we are entering 2019, after audacious grassroots organizing and anti-racist organizers began to see the fruits of our labour take hold in several government bodies. New grassroots organizations like the Collective of Child Welfare Survivors, the No Pride In Policing Coalition and the Disability Justice Network of Ontario have been continuing the work necessary to hold government and community organizations accountable for their transgressions, and doing so using anti-racist frameworks.

Beyond cultural examples, however, the lack of fairness available for people like Dafonte Miller, Olando Brown, Colten Boushie and Tina Fontaine in our justice system show us just how far away we are from an anti-racist future.

The ways in which racism, anti-Blackness and white supremacy interrupted our lives over the last 12 months – let’s not forget the thousands of people who ensured that a white supremacist organizer came in third place in Toronto’s mayoral election – has me very nervous for 2019.

With the first person of colour to lead a major federal party vying for the role of prime minister in the federal election next fall, we are bound to see more racist tactics on the part of the right-wing. Because it works.

It’s not enough to watch from the sidelines and shake your head disapprovingly. Sitting out 2019 is not an option. We can’t assume the global rise of white supremacy is just a phase. Identify where you have power, and wield it in the support of justice.