NOW MagazineNewsScamming an apartment in Kensington

Scamming an apartment in Kensington

A Kensington rental too good to be true probably is 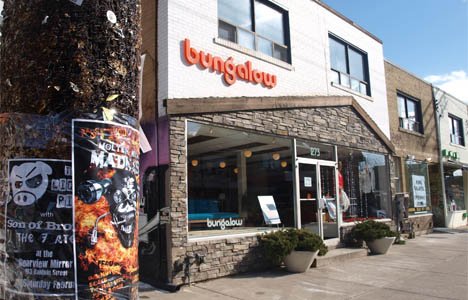 He’s a charming 23-year-old German with a penchant for frites from a cone. He’ll call you “mate” like a good Aussie, mainly during business transactions. He lives in South Africa and his phone is routed out of Nigeria, he stays at the Chevron International compound in Egypt.

And he owns a Kensington apartment he’ll rent you for $300 a month (plus deposit) above a vintage clothing shop.

No this isn’t the Dos Equis most interesting man in the world. His name is Lamberty Maximilian, and he haunts Bungalow.

If you buy into his story, there’s an extreme likelihood you’ve just been scammed.

“It’s actually pretty hilarious,” says the property manager of 273 Augusta of pictures from Lamberty supposedly depicting the unit to be rented out. “The apartment shown is not anything I manage and looks like it has been cut and pasted from a 70’s cottage magazine. It looks like a scam to me.”

This is Lamberty’s “sitting room” in Kensington market. Note the Rubik’s Cube.

Over Craigslist, Laberty will offer a number of documents proving his legitimacy a scanned passport, several photos of a clean house for rent, and an image depicting a young white male eating European-style french fries.

This photo of “Lamberty Jonas Maximilian” has been obscured, just on the chance it’s not actually him.

His phone number, though, is Nigerian.

In 2008 Nigerian scam letters accounted for four per cent of all schemes targeting Canadians.

Last year 199 Canadians reported losing a total of $2,430,210.36 due “West African Letter Fraud,” according to the Canadian Anti-Fraud Call Centre, a partnership between the OPP, the RCMP and the Competition Bureau of Canada.

For its part, the Chevron Corporation isn’t a stranger to being caught in the crossfire during fraudulent business transactions.

Unfortunately, from their experience, “it is often difficult to locate and prosecute the perpetrators.”

In a reply sent out to at least 10 potential Craigslist renters on November 15, 2009, Lamberty wrote:

I saw your address on craiglist that u needed?an apartment. so i just wanna let u know that? mine is available for rentage, I have three?bedrooms flat which is available for rent or?sublet?The apartments is situated at 273 Augusta Avenue,kensington,? Toronto, ON M5T 2M1, (Toronto Downtown)” [sic]

Lamberty claimed not only to be white and German, but a resident of South Africa. He also claimed his “mummy” lives in England, and was also capable of collecting money.

For his Kensington rental he promised the use of dishes, WiFi, and laundry facilities, all for a $300 deposit, on top of the $300 / mo rent.

Officially known as advance-fee fraud, 419 fraud — named after an article in the Nigerian Criminal Code — is on the rise, they say, as frequency of complaint emails is rising.

Even the Internet money transfer system Lamberty uses (the Liberty Reserve System) has been riddled with problems.

Reached at his Nigerian phone number, Lamberty said he is still actively trying to rent out 273 Augusta Ave.

Though vague in his descriptions, he promised a nice apartment.

“The avenue is very busy, Augusta,” he said. “It’s a very good neighborhood.”

He says there’s no way this is a scam.

Unfortunately, it doesn’t look like they teach Google Earth skills in scam school. Lamberty appeared confused by the word “Bungalow,” the store under the apartment.

“Bungalow is a house,” he said. “It’s a house downtown. You can check that in a dictionary.”

It was like he was reading from a bad script.

“I’m not collecting money from anyone,” he said. “There are a lot of scammers on the Internet. You have to be careful of scammers.

“Don’t give your money to someone you don’t know.” 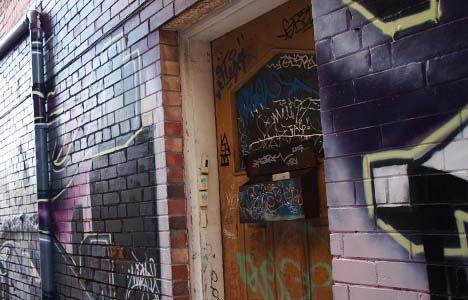