On a bad night, there are more than 700 men here. Some are coping with drug addiction. Some appear frightened and shell-shocked. (How could this happen to me?) 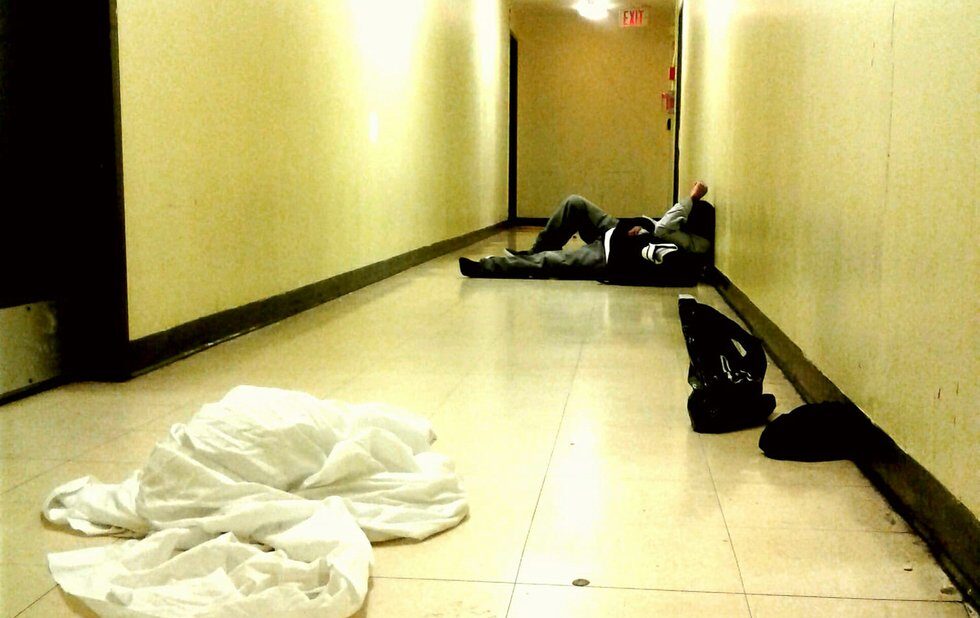 If you can’t afford a cheap room at Filmores Hotel on Toronto’s rough-and-tumble Downtown East Side, the only other alternative is a block or so north at Seaton House, the largest men’s shelter in Canada.

That’s where I found myself recently after losing my apartment and not wanting to impose on friends anymore. It’s the most hopeless, dismal and filthy place I’ve ever seen.

Here, you’ll encounter disheveled and weary men – men not unlike me, who one way or another found themselves in straitened circumstances without housing and now can’t get off the street. Everybody is cold and most of us are smoking – in most cases tobacco.

Once you’re in view of surveillance cameras you’re buzzed in by staff members stationed behind plexiglass darkened by what looks like yellow cigarette stains and a kind of nondescript grime that covers the entire building. It’s difficult to hear what they’re attempting to communicate to you. They look tired, overworked and cynical – the spark of social conscience and goodwill that probably got them employed here in the first place has been extinguished by time.

It’s not long before staff and “clients” become frustrated with each other and you begin to acclimatize to the ever-present feeling of impending violence that pervades the place.

It’s how I imagine prison, only with more booze and drugs.

Over the three days and nights I spend here, ambulance and cops arrive and depart at regular intervals. In a building infested with disease, bedbugs and grudges, things are bound to go wrong.

I ask a cleaner – a sharply dressed, well-coiffed man probably in his early 30s – how long he’s worked here. He answers, “Five years. Ten too long. No matter how hard I work nobody gives a shit.”

He gives the long industrial mop he is dragging along the floor a listless push as a client throws a half-eaten bag of potato chips on the floor nearby. The cleaner and I look at each other in silence. 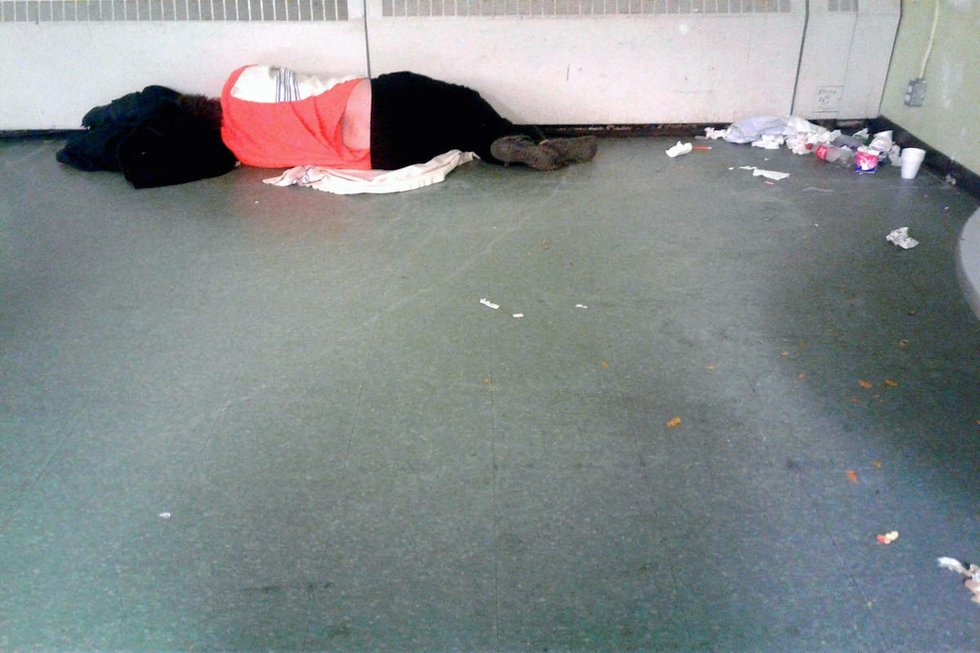 To get a bed, you have to call before showing up.

Staff have no record of me calling despite the 30-minute “interview” I had with someone from Central Intake.

“Why are you homeless?” was one of the questions I had to answer. The average price of a one-bedroom apartment in Toronto is around $2,300 a month. I’m an artist and a parent on disability. Why indeed.

Despite having no record of me, I score one of the last beds available. Those who show up after me are lucky to get a collapsible cot in the common area – which smells like piss and powdered eggs – or a few square feet of cold, concrete floor.

On a bad night, there are more than 700 men here. Some are coping with drug addiction. Some appear frightened and shell-shocked. How could this happen to me? A lot are mentally ill, wandering around drugged up on Seroquel and attempting to initiate incoherent, unsolicited and unwelcome conversation.

I am squatting with my back against the wall when just such a man approaches to ask what kind of train I drive or if I prefer to swim. He then farts in my face. 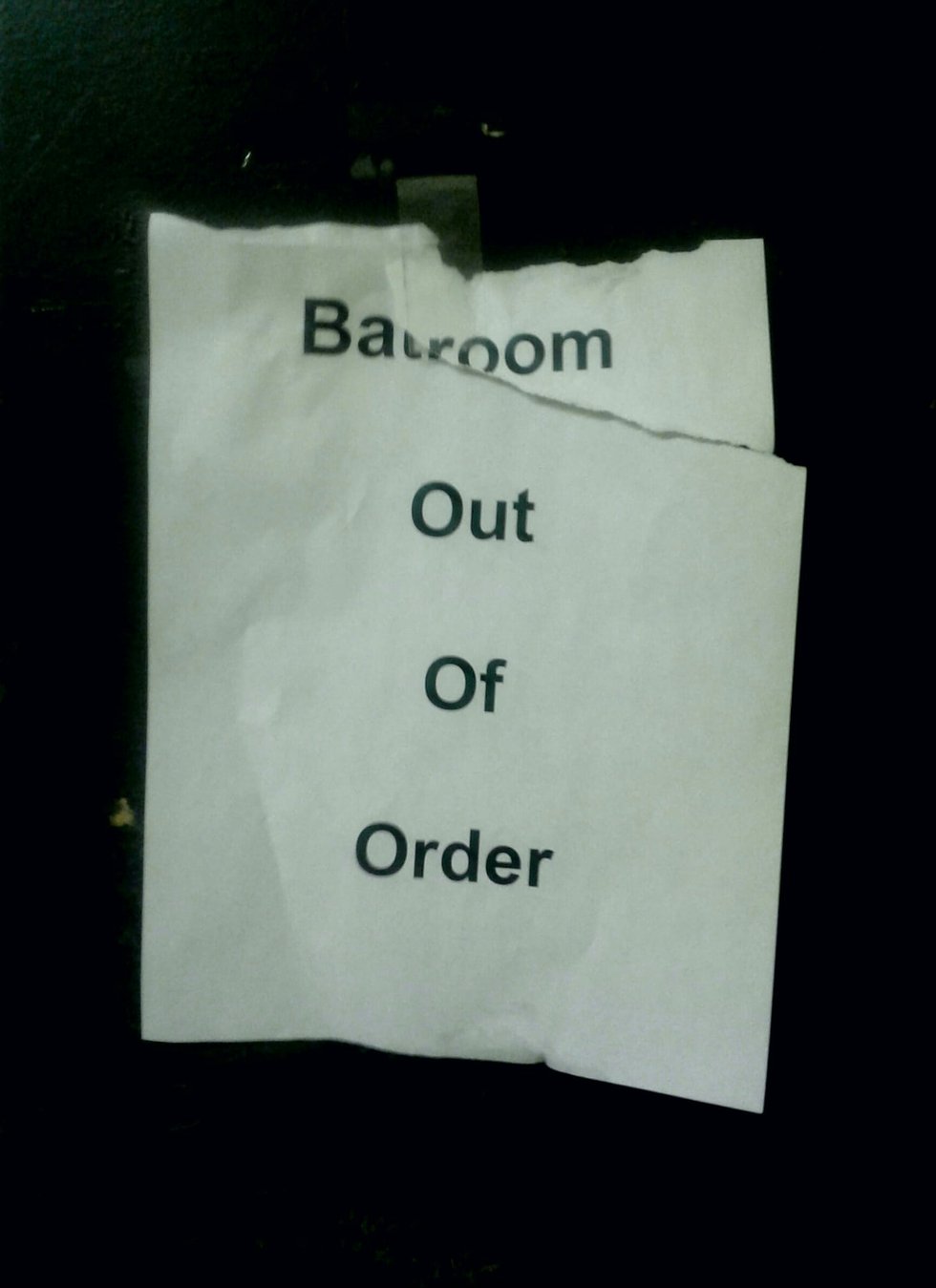 Eventually you’re going to have to deal with the filthy bathroom, but the stalls are almost always occupied by several men at a time nervously working whatever junk into whatever paraphernalia will best deliver it.

I don’t know why they bother being discreet. Others are using in plain view. Nobody cares.

As I’m brushing my teeth in the bathroom one night, a man in his 80s dressed in rags is vomiting and retching into a trash can. Another in a wheelchair is negotiating a shower stall.

There is no privacy. A large swath of men have simply been deposited here by law enforcement and other authorities bewildered about where to put them.

Although it’s impossible to distinguish the refugees from the longtime clients, I’m told that men who have travelled from far and away seeking asylum in Canada have arrived here in droves. I wonder how they’re feeling about it.

The annual GDP of Ontario is around a trillion dollars so how can a place like this even exist? It’s mind-blowing.

Seaton is due to be demolished in 2020. Where will these men go? The beds that will be lost to redevelopment of the site are scheduled to be absorbed by smaller shelters in the downtown. But anti-poverty activists say the city’s shelter system is already over-burdened.

I send photos I take in the shelter to the mayor’s office to ask about his plans for affordable housing. I receive form letters in response until I inform his office in a subsequent email that I am being interviewed by CBC Metro Morning about my experience. Then I receive a phone call from Tory’s office. It seems like damage control to me.

I’m lucky to get out of Seaton after a friend calls just as I’m settling in for my third night of fitful sleep, my sleeping bag tied around my neck and knife in my hand.

After I briefly describe the place, he quickly invites me to stay with him for as long as I need.

I don’t put up a fight and two hours later find myself in what feels like the lap of luxury. This is what privilege looks like.

It seems immoral to say, but on a freezing January night it feels pretty good.