"This is a moment to reflect on what the last 150 years means to Indigenous people,” says the Cree visual artist. 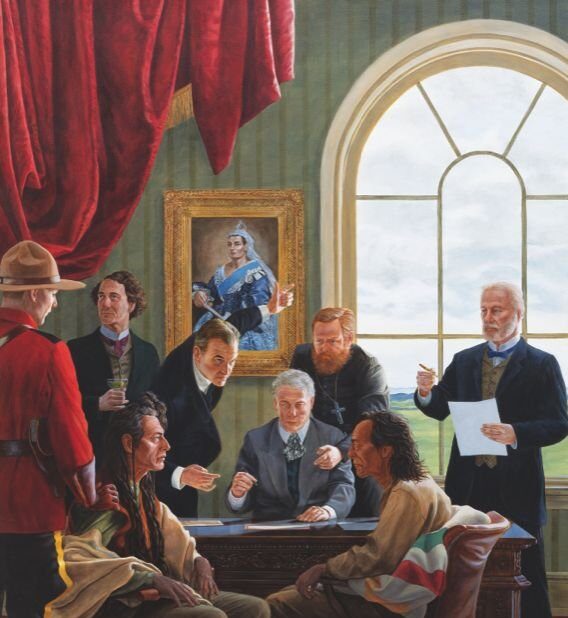 The Subjugation Of Truth by Kent Monkman

The Subjugation Of Truth by Kent Monkman

When Cree visual artist Kent Monkman was asked by Barbara Fischer of Art Museum at the University of Toronto to usher in Canada’s Sesquicentennial celebrations this year with an exhibit that talks back to Canada’s Indigenous history, he says he “jumped at the opportunity because, this is a moment to reflect on what the last 150 years means to Indigenous people.”

The result, Shame And Prejudice: A Story Of Resilience, exploring the impacts of Christianity, residential schools and the reserve system on Indigenous peoples, just wrapped up a critically acclaimed five-week run. Two pieces from the exhibit are featured in this week’s issue: The Subjugation Of Truth (above) and The Scream.

For Monkman, the decision to mount the project “was about healing and transcending darkness” and making art “that could move people in the future [and] authorize into art history Indigenous experience in this country that was essentially erased.”

On February 4, the artist led a tour of his exhibit. Watch:

Curator’s Tour with Kent Monkman – Shame and Prejudice: A Story of Resilience from Art Museum University of Toronto on Vimeo.