The shortage of space in Toronto’s shelter system has taken a dangerous turn, and as conditions deteriorate activists say they’re left with no option but to escalate the struggle 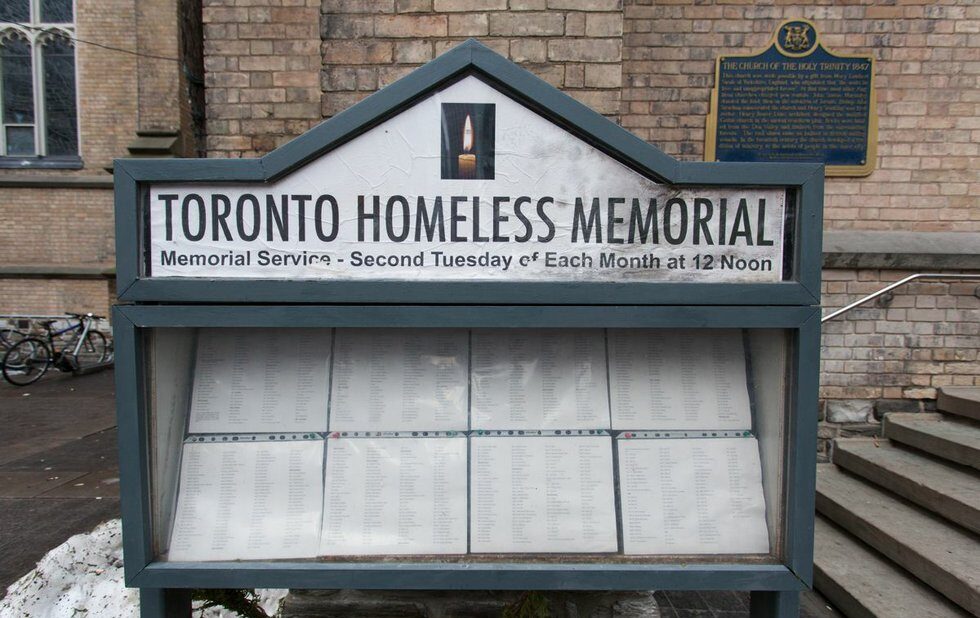 Seventy homeless people died in Toronto in the first nine months of 2017. Most of them were under 50.

For the first time ever in 2017, the city tracked homeless deaths. The numbers were even worse than those maintained informally by volunteers: 70 homeless people dead in the first nine months of this year – and most of them under the age of 50. One of them was Pierre Gregoire, a 28-year-old Indigenous man who died in February shortly after trying to access a warming centre that was packed to capacity.

There wasn’t a single day this year that Toronto’s emergency shelters weren’t over capacity, not in the winter or in summer. Chronic overcrowding has led to the recurrent spread of infectious diseases, including an 18-month-long outbreak of strep A at the city’s largest men’s shelter, Seaton House, which killed one person and made many sick. Overcrowding in the shelter system has also meant bedbug infestations. The stressful conditions have led to increased incidences of violence.

Instead of opening space for new shelter beds to meet the need, the city has opted to increase its reliance on warming centres and volunteer-run overnight programs. These spaces serve as de facto shelters but do not provide beds, showers or enough washrooms.

The chronic shortage of shelter space took a dangerous turn one night in September when the Peter Street Referral Centre, a place of last-resort for many trying to find a bed, shut its doors even as people kept coming for help. There were close to 50 people sleeping in chairs and on its floors that night, nearly double what is typically the case.

Despite this, Mayor John Tory and council voted on December 6 to defeat a motion to add 1,000 permanent new shelter beds and open up the federal armouries. The city will instead assess the possibility of opening a maximum of 400 spaces (which doesn’t necessarily mean beds) across existing shelters, motel rooms and a warming centre and attempt to speed up the opening of three shelters, originally slated for 2019.

But these proposals do not address the crisis or provide immediate respite for single men, women and youth, who form the largest segment of the homeless population. The city is merely cramming more beds into an already overcrowded system, increasing the risk of disease, infestations and violence.

The crisis will persist, along with the lethal consequences.

Council has stretched the system beyond its limits for years while doing little to stem the rise in homelessness and poverty.

Social housing units starved for repairs have crumbled to a point where hundreds must now be boarded up, and wait times now exceed 10 years.

Amid escalating evictions, the Housing Stabilization Fund has become critical, but the city under-spent the fund by some $14 million over the last four years, further compounding the problem.

Council is culpable but is not alone in shouldering the responsibility for this tragedy. The province and federal government are also to blame. The meagre actions taken so far are only the result of poor people fighting tooth and nail. As conditions deteriorate, they’re left with no option but to escalate the struggle.

Yogi Acharya is an organizer with the Ontario Coalition Against Poverty.