NOW MagazineLifeLove and SexPut a shirt on in your dating profile pics, study suggests

Put a shirt on in your dating profile pics, study suggests

90 per cent of men assume a shirtless dating profile photo is the key to swipes – but straight women aren't buying it, according to a new survey 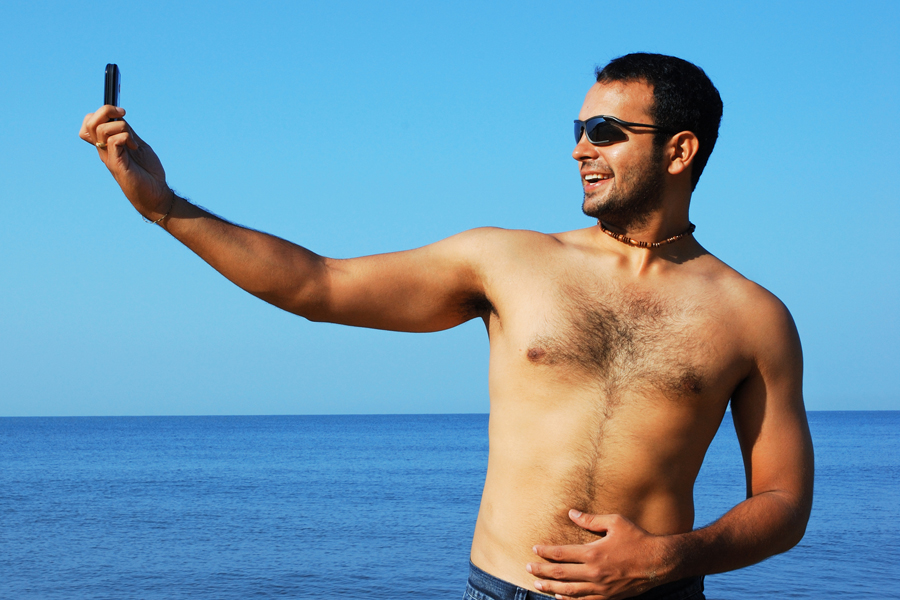 That thirst trap might not be helping you catch much of anything, according to a new survey suggesting shirtless photos might hinder – not help – your dating profile.

A new survey from dating site Dating.com delves into the effect of shirtless photos on dating profiles. The results, they say, “reveal a major disconnect between a majority of men, who believe shirtless pictures helps their chances of finding love, and women, who believe this imagery portrays immaturity.”

According to the survey, a full three out of five male dating profiles contains at least one shirtless pic, with 90 per cent of men surveyed saying they assumed a shirtless photo would help them rake in the swipes.

Instead, the survey found, guys with shirtless dating profile photos got a full 25 per cent fewer matches than those without.

The reason: Two-thirds of the women surveyed said they felt a shirtless pic “implies a lack of maturity and self-awareness”. Three-quarters of women said they’d be less to consider a serious relationship with these shirtless wonders.

This logic, according to the survey, doesn’t run in the opposite direction. One out of every five female dating profiles contains at least one bathing suit photo, with those women seeing a 40 per cent increase in overall match rates.

It likely goes without saying that straight daters were the focus of this survey – but Dating.com does also note that members of the queer community are four more times likely to post a shirtless dating profile photo.

Should you find yourself tragically without shirt, the people at Dating.com have some advice for you: “Replace any shirtless pictures with those that still represent you and your personality, but in a less proactive manner,” they wrote. “Family, pet and travel photos are always super lovable and attractive!”

Just no cat photos – apparently those don’t work either.