SIU clears Toronto police in the death of Regis Korchinski-Paquet 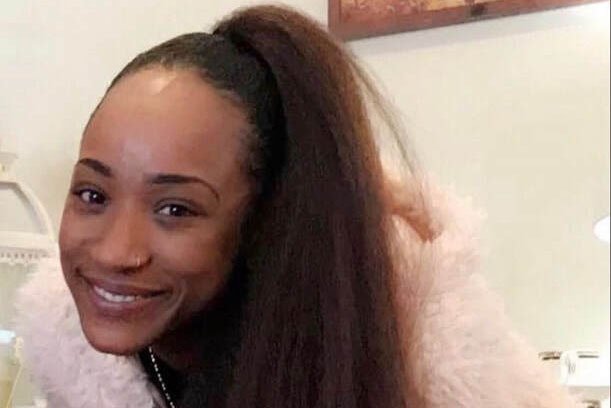 The Special Investigations Unit (SIU) is not laying any charges against Toronto police in the custody death of Regis Korchinski-Paquet.

The 29-year-old fell 24 storeys to her death from her High Park balcony while police were in her apartment in May. Her death sparked protests and renewed calls for the reform, as well as defunding and abolition of police, in Toronto.

In a statement released on Wednesday, the SIU said “there are no reasonable grounds to believe that any of the officers committed a criminal offence in connection with Ms. Korchinski-Paquet’s death.”

But lawyers for the family have raised issues with “discrepancies” in the autopsy conducted on behalf of the SIU. They say their own independent autopsy found the hyoid bone missing from Korchinski-Paquet’s body.

Knia Singh said the SIU’s autopsy notes the bone, which is located in the neck area, was not fractured.

At a press conference this afternoon he said that the bone was missing when the body was turned over to the family. And that CAT scans taken of the body earlier reveal the bone was in an “asymmetrical” position, which could be consistent with a fracture.

Singh noted that the independent autopsy also found several abrasions on Korchinski-Paquet’s back and arms that were not noted in the SIU’s autopsy report.

According to the SIU, their investigation included interviews with one “subject officer, who had the most dealings with Ms. Korchinski-Paquet,” and five witness officers.

Investigators also reviewed photos from the scene, 911 calls, audio recordings from cameras inside police cruisers, and security cam footage from the building. The SIU also relied on police records and two post-mortem reports.

“Not an ordinary occasion”

In an unusual move, the SIU’s Director Joseph Martino appeared in a video to announce the results of the investigation.

“The SIU recognizes that this is not an ordinary occasion,” he said.

Martino said that “systemic racism exists and continues to challenge the relationship between racialized communities and our justice system.”

He said there were “no indications of overt racism being brought to bear by any of the involved officers.”

But he added that “That’s not to suggest that questions of race were absent in the encounter.”

According to the SIU, the family provided evidence that Korchinski-Paquet “attempted to court favour with police by informing the officers that her father was coming and that “he is white.”

“If true, the utterance is testament to the importance of efforts to build and nurture trust in the relationship between the police and members of the Black and Indigenous communities,” Martino said.

Martino also said investigators found no evidence to back up allegations that Korchinski-Paquet was pushed.

He said a witness officers, paramedic in the apartment at the time and a witness walking by on the street all said that Korchinski-Paquet fell while attempting to move from her balcony to her neighbour’s balcony.

“No one other than Ms. Korchinski-Paquet was on the balcony when she scaled over the railing and attempted to side-step along the outer ledge over to her neighbour’s balcony, lost her balance and fell,” Martino said.

On May 27, Toronto police officers arrived at Korchinski-Paquet’s apartment at 100 High Park after her family called police. Korchinski-Paquet’s mother said her daughter was in mental distress and wanted her taken to the Centre for Addiction and Mental Health.

As officers were escorting Korchinski-Paquet, she said she had to use the bathroom and went back to her apartment unit. Officers followed her into her apartment. She later fell to her death.

He says officers involved could be charged with failing to provide the necessaries of life and/or criminal negligence causing death.

He says there were “serious omissions” in the SIU’s investigation. And that the family would be asking for the release of all the evidence relied on by the SIU to arrive at its finding.

“I’m not sure how much we’re going to get, but I would expect they would not be overly concerned that the public has a clear picture,” Morton said. “The public has a right to know that the SIU has investigated well enough.”

Toronto’s interim police chief James Ramer also held a press conference this afternoon to respond to the SIU’s report. He was asked whether police could have done anything differently to prevent Korchinski-Paquet’s death.

He declined to get into specifics. “I think it’s all outlined in the [SIU’s} report,” he said.

The officers involved “tried their best, unfortunately, we’ve had a tragic outcome,” he said.

He expressed “full confidence” in the SIU’s findings, noting that all the officers involved in the incident “participated fully” in the SIU’s investigation. He said police were responding to a “volatile situation. I think we [the officers] did their best on that day.”

This story has been updated. With files from Enzo DiMatteo.