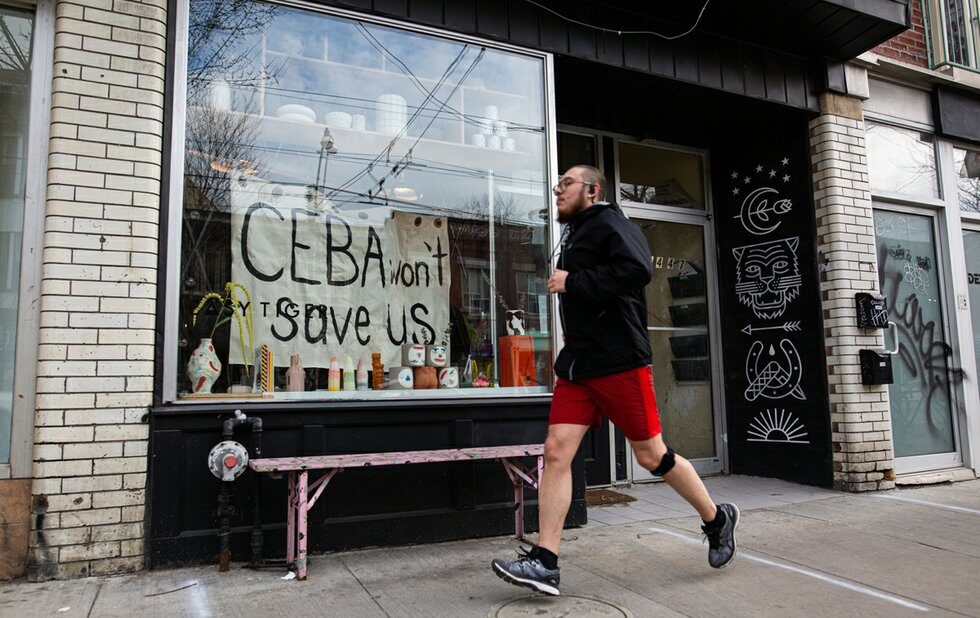 Nearly half of small businesses fear they will be locked out of their spaces without accessible rent relief, a new study suggests.

As concern mounts over the fate of small businesses during COVID-19, 44 per cent of Toronto small businesses who took part in a new survey say they worry about being locked out of their businesses for not being able to pay rent.

Meanwhile, 63 per cent of businesses said they could not make all of May’s rent – and 74 per cent say they won’t be able to pay the full amount for June.

The survey of 503 businesses is a follow-up to research done last month by the Broadview-Danforth Business Improvement Area, which suggested 61 per cent of Toronto small businesses would close in three months without widespread relief.

The latest survey, conducted by the BIA with the Toronto Association of Business Improvement Areas (TABIA), also surveyed 138 landlords: 81 per cent of them said they did not receive all of May’s rent, and 84 per cent feel that trend will continue into June.

Meanwhile, 60 per cent of tenants said they felt their landlord will not apply for the federal government’s commercial rent relief benefit, the Canadian Emergency Commercial Rent Assistance (CECRA) – and 40 per cent of landlords surveyed confirmed they did not plan to apply.

The results echo business owners’ complaints about the rent relief program, with many saying the program will be insufficiently applied due to voluntary participation on the part of landlords. Other programs, including the loan-based CEBA, have been criticized by small business owners for postponing instead of relieving financial woes.

“We are still waiting for details outlining how CERCA will be implemented – and what information is available is difficult to understand, alienating landlords and giving them little incentive to participate in the program,” said Broadview-Danforth BIA treasurer Philip Kocev in a release.

“It is obvious that if the rent assistance program doesn’t make drastic changes, and soon, our main streets will look vastly different by summer, as the number of businesses unable to make rent grows.”