It may not be the wild west of years past, but the relationship between government and entities it should be regulating remains uncomfortably collegial 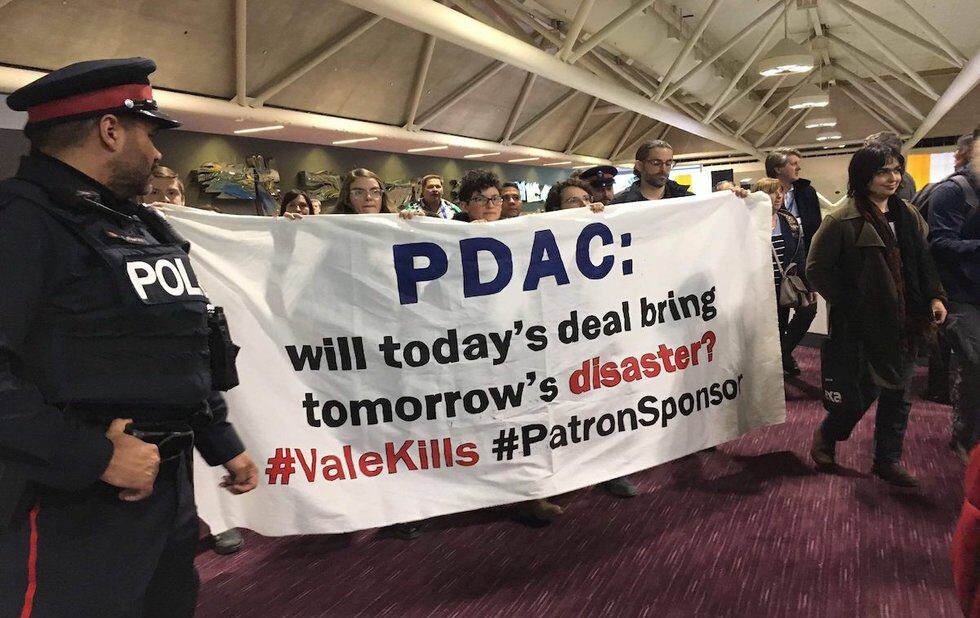 As questions whether the Justin Trudeau government tried to shield Quebec engineering giant SNC-Lavalin from bribery charges over the company’s past dealings in Libya dominated headlines last week, the mining industry’s biggest players gathered at the annual Prospectors & Developers Association of Canada (PDAC) conference in Toronto.

Issues of ethics and law were all over the agenda as more than 30,000 consultants, investors and government officials from around the world descended on the Metro Toronto Convention Centre. Just like SNC-Lavalin, which has a hand in most of Canada’s biggest public infrastructure projects and a multitude of other activities abroad, Canadian mining – nearly 60 per cent of which raises funds through the Toronto Stock Exchange – is trying to clean up its act.

Corporate social responsibility has been a focus at successive PDAC conventions. PDAC has worked with NGOs and boutique consultancies to produce and promote best practices abroad. Yet these remain voluntary even while human rights and environmental disasters continue to plague some of the industry’s biggest stars and PDAC sponsors.

Investors were reminded of that fact when environmental activists managed to get by security and unfurl a banner overlooking the trade floor pointing out mining abuses in Brazil. Within minutes, the activists were escorted outside.

In January, a tailings dam broke at Vale’s Córrego do Feijão mine in Brazil, releasing massive amounts of toxic sludge and killing several hundred people. It was the Brazilian company’s second dam disaster in three years, yet there was only mild acknowledgement at a session Vale co-sponsored before it was on to other business.

Conducting operations in developing countries can be complicated when corruption and regime change can be part of the reality of doing business. Mining companies also face tremendous financial and logistical hurdles with exploration.

But it’s also true that Canada has overlooked opportunities to establish a legally binding code to govern the behaviour of Canadian companies overseas. Liberal MP John McKay introduced Bill C-300 in 2010, which would have allowed Export Development Canada and Canadian trade commissions and embassies to withdraw support from companies convicted in court of violations.

But following fierce lobbying, including at PDAC, the bill was voted down, despite the Liberals and NDP holding the balance of power in the House at the time over a Stephen Harper minority government that was all too willing to cut their corporate friends slack.

The Harper government also opposed the United Nations Declaration on the Rights of Indigenous Peoples (UNDRIP), which provides for prior and informed consent on activities on their lands. The declaration was adopted under Trudeau in 2016. Still, what constitutes free, prior and informed consent varies widely, with consent in Canada instead achieved by mining companies and Indigenous leaders signing so-called impact-benefit agreements.

PDAC has teamed up with Indigenous organizations to offer guidance and training. However, there’s an underlying assumption that First Nations communities, engaged early and with gestures of respect and inclusion, will logically embrace extraction on lands they claim as their traditional territories. Indigenous community leaders who refuse mining on their traditional lands – and are sometimes jailed for their opposition – see things differently.

The effects of mining on biodiversity and climate change are other issues given short shrift by the mining industry. They finally made it onto the agenda at PDAC, with talk about new species databases, mapping tools designed to assess and mitigate risks and greenhouse gas emissions calculators to help with project planning and new government reporting requirements. A Goldcorp rep heralded an alternative to diesel power — its battery-based, all-electric supply at its Borden gold mine west of Timmins. Others pumped gymnasium-sized nuclear reactors generating “emissions-free” electricity at remote sites by 2026.

PDAC may not be the wild west of years past, but as the SNC-Lavalin affair continues to suggest, the relationship between government and entities it should be regulating remains uncomfortably collegial.