The city's's top doctor advises residents to limit contact with people they do not live with, and promises tougher restrictions for restaurants and bars 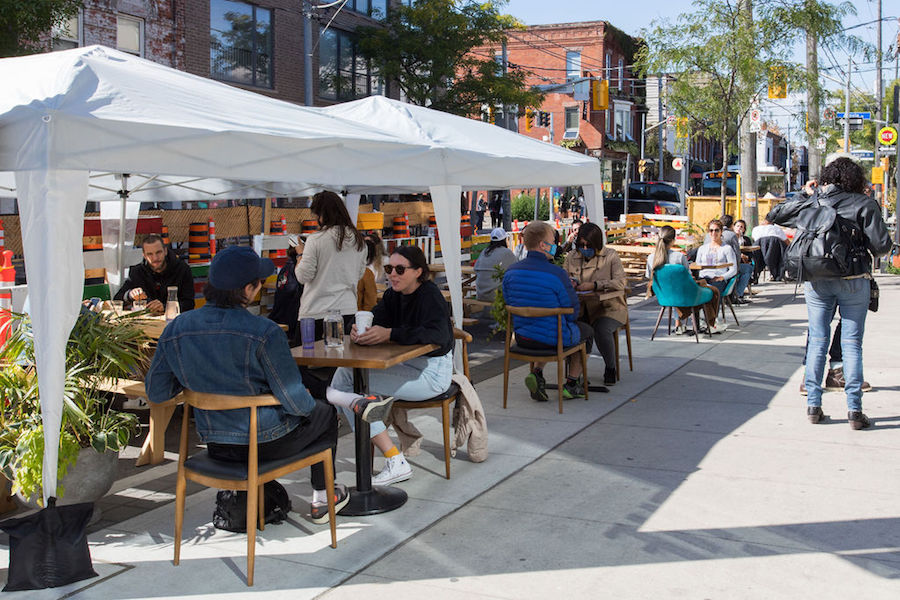 Social bubbles are a bust in Toronto, the city’s top public health official said on Monday.

Amid the “continued and significant COVID-19 resurgence,” Medical Officer of Health Eileen de Villa is now advising Torontonians to limit contact with anyone they do not live with.

“Nowhere in the city escapes the risk,” de Villa told reporters during a city hall press briefing. “We move around too much for that. But this is not the time to panic. It is the time to act.”

Toronto Public Health reported a daily increase of 384 cases on Monday, bringing the city’s total COVID-19 case count to 19,033. Of those cases, 16,034 have recovered. So far this month, there have been approximately 3,000 new infections.

Earlier in the day, the province recorded a daily rise of 700 new cases – a record high. Nearly half the daily cases reported by the province were in Toronto.

Though there has been reports of clusters in bars and restaurants throughout the city, de Villa said that where people go is less important than “what you do when you are there.”

“In Toronto, we have to acknowledge that the extent of the infection spread and the nature of city life means that the concept of the bubble or the social circle no longer reflects the circumstances in which we live,” she said. “It was a sensible approach to exiting the strict isolation and restrictions of last spring. It was an effective model for safely establishing contact between people at that time.

“But with reopening and the return to school, times have changed,” she added. “That is why fighting COVID-19 demands we limit contact with people we don’t live with. And watch our distance when we’re with them.”

In June, provincial public health officials introduced the concept of social circles – or bubbles – as lockdown measures were gradually eased.

Under the guidance, a “circle” of no more than 10 people can interact and come into close contact with one another – including hugging and kissing – without having to practise physical distancing.

I’m recommending actions to address the concerning increase in #COVID19 cases. We all play a role: as much as possible limit contact with anyone you don’t live with & keep 6 ft apart, wear a mask, wash your hands, & stay home if sick. Read my statement: https://t.co/xf9dS9bUlT

In response to the dramatic rise in new cases in recent weeks, the Ontario government has reduced capacity for indoor and outdoor gatherings, reduced open hours for restaurants and bars and shut down strip clubs.

De Villa wants to go further in Toronto and will propose new restrictions on food and drink establishments to city council on Wednesday.

She will recommend reducing the total number of patrons in a restaurant or bar from 100 to 75 and lower the number of people at a table from 10 to six. De Villa wants to require venues to collect contact information for all patrons – not just one person at a table – and ensure background music be no louder than normal conversation.

She will also recommend existing bylaws enacted during the pandemic be extended until the firt council meeting in 2021.

The proposed measures “reflect the seriousness of the infection levels we are seeing,” she said.

Though these new measures are aimed at restaurants and bars, de Villa warned that new cases are coming from a variety of sources – private parties, workplaces, weddings, religious services – and warned that simply avoiding bars and restaurants could lead to a false sense of complacency.

“There is nothing inherently wrong with the hospitality sector,” she said. “There is, however, a potential level of risk distinct to it, which the province acted to address.”

Asked about an Ontario Hospital Association statement urging the province to return to Stage 2 of the reopening plan, de Villa commended them for speaking out.

“I’m quite sympathetic and completely aligned with them,” she said. “One of our major objectives throughout the entire COVID-19 response has been to ensure the capacity for the health-care system is preserved.”