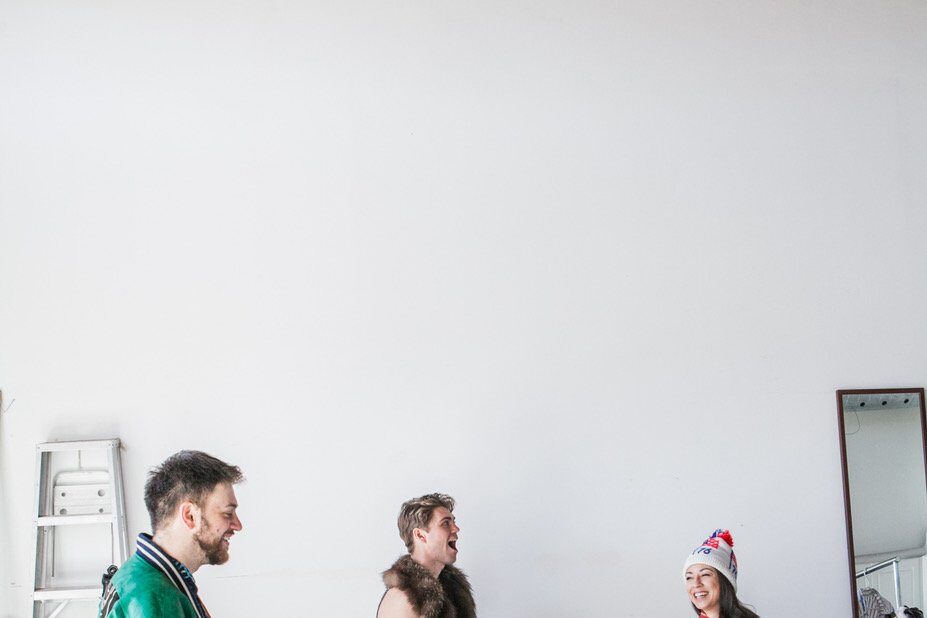 Nashville Stories attempts to show what happens when you mix country music superstars and absurdist comedy. The result doesn’t work, and I’m not sure why it’s being done, but the performers certainly commit to the material.

It’s inspired by the hard left turn that Garth Brooks (co-writer Jake Vanderham) took in 1999, when, recovering from a divorce, he took on the bizarre persona of an Australian rocker named Chris Gaines for a concept album that was supposed to become a feature film.

For much of the show, Garth hangs out with his celebrity pals Dolly Parton, Shania Twain and Trisha Yearwood.

Co-writers Vanderham and David Bernstein (who also plays, in one of the most confusing sequences in the show, a broadcaster (and producer?) named Ryan (or is it Brian Ryan?) Seacrest, seem to want to illustrate country star excess and eccentricity call it Nashville Babylon.

But with references to everything from The Seagull and Gypsy to Showgirls, the show is needlessly chaotic and scattered. The vaudevillian style of delivery soon becomes tedious. And what’s worse, despite the presence of an excellent bluegrass band onstage – and those chart-topping characters – we’re not even treated to any country music, given instead pop and rock tunes. But perhaps, given the Garth/Chris dichotomy, that’s intentional.

Still, the thing has a zany, cartoon-like energy. And look for a standout rendition of the famous Garland/Streisand Get Happy/Happy Days duet featuring Parton and Yearwood. Kaleigh Gorka (there’s no program, so I had to Google her) as the latter is a revelation.