LESS by Ryan Lee in collaboration with. 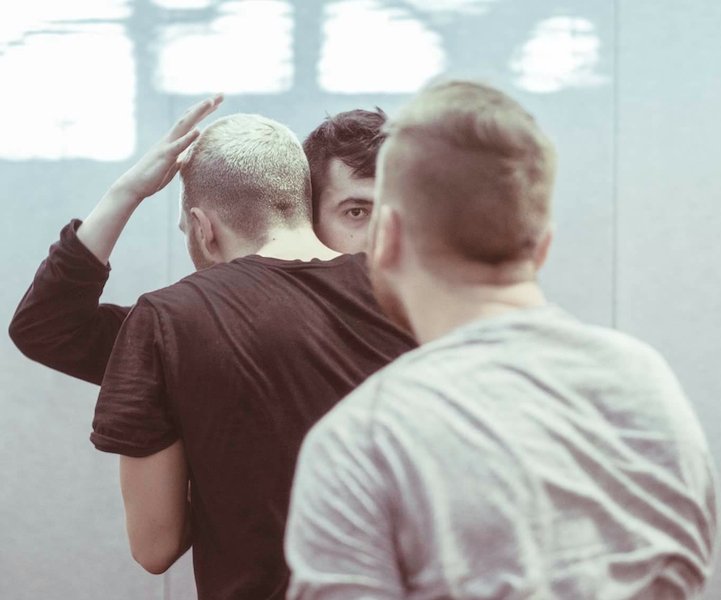 Less and August, Augusta make a compelling double bill with both featuring a trio of dancers exploring expectations and complexities of gender.

First up, Less takes a raw look at masculinity. In this highly athletic piece, dancers Ryan Lee, Benjamin Landsberg and Samuel Davilmar are the sole focus on a bare stage, each struggling for physical dominance at different times. The choreography includes solos and merged bodies, and it is filled with imagery that ranges from violent to beautiful: the men grab their crotches and bare their fists, but also embrace with tenderness.

The accompanying instrumental music works beautifully, sometimes swelling with drums and a cacophony of bass but also fading to silence allowing the audience to hear the dancers’ breathing and slapping of limbs on the floor. A definitive piece of male attire – a baseball hat – is passed between the dancers in a memorable final sequence. 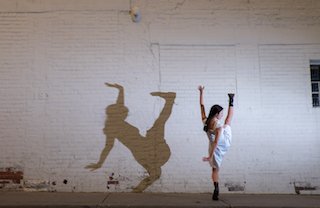 After a short break during which the audience is asked to vacate the theatre, August, Augusta begins. Dancers Nicola Adilman, Maude Fortier and Kelsey Woods are joined onstage by jazz musicians Dave Morrison and Kyle Tarder-Stoll.

Props and costumes are a marker of this piece, which includes the intriguing visual of a large hanging mobile of kitchenware from which a frying pan gets plucked and used as a symbol of control. August, Augusta tells the story of a love affair gone sour. Adilman dons a suit for much of the piece and pursues Woods until Fortier comes between them. Femininity in this show is often flirtatious, emotionally charged and nostalgic. And it includes beautiful dresses and shoes – lots of shoes.

Choreographer Jocelyn Mah’s piece isn’t as clearly conceived as the first show, Less. Sometimes it feels disjointed, with short bits of dialogue added in and music that hails from many decades (1930s to modern day). However, the vibrant dancers really connect with each other and do a wonderful job evoking the romantic mood of the bygone jazz era.