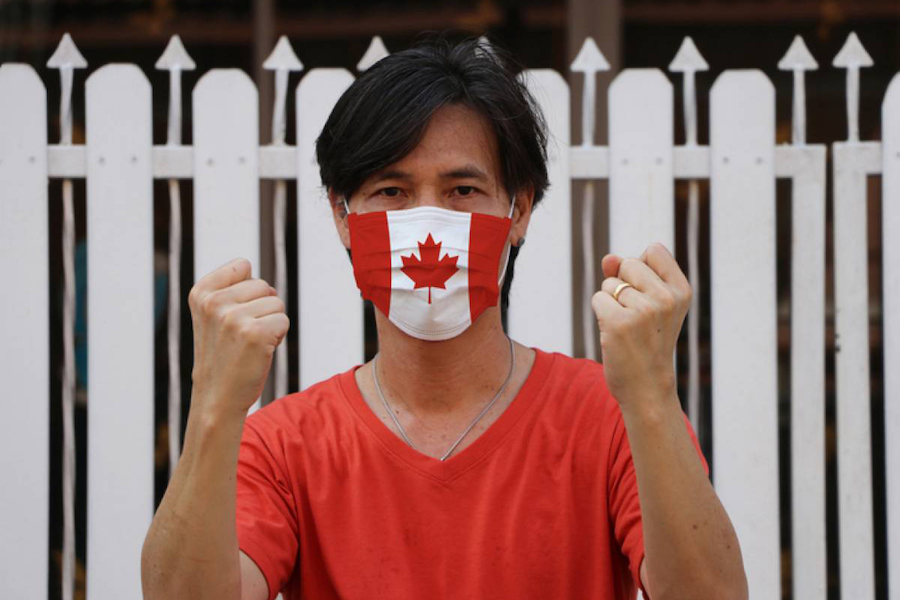 Over the past year, numerous news reports arose about anti-Asian graffiti, assaults, and other incidents during the COVID-19 pandemic, particularly in Vancouver where the Vancouver Police Department reported a 717-per cent surge in anti-Asian hate crimes.

But a recent national survey delved into exploring the full extent of the discrimination – and a national forum is being launched in Vancouver to discuss how to address these issues.

On June 8, the Angus Reid Institute, in partnership with UBC, released the results of a survey about anti-Asian racism.

The study revealed that the Canadians of Asian descent who were the most likely to experience or be affected by anti-Asian racism over the past year were those aged 18 to 34 years old, as well as those of lower incomes.

Within the 18 to 34 age group, 58 percent reported experiencing at least one situation involving anti-Asian discrimination in the last year and 28 percent said they experienced these situations often or all the time.

Asian Canadians who were 55 years or older or had higher incomes were less likely to be affected.

Of those who did experience discrimination over the past year, 53 per cent said it was hurtful and stayed with them, 38 per cent felt troubled but were able to continue on, and nine per cent said they weren’t impacted.

Despite the revelations about discriminatory experiences, there were some positive findings.

The study discovered that the vast majority (86 per cent) of Asian Canadians said that they haven’t received poor or unfair treatment from institutional organizations (such as the police, health-care system, banks or the justice system).

However, there were some concerning xenophobic and Sinophobic attitudes that were exposed as well.

However, almost the same number of Asian Canadians (20 per cent) said that they would prefer to live in a community of their own racial or ethnic group as did non-Asian Canadians (17 per cent).

What’s more, a third of non-Asian respondents believe that Chinese Canadians are more loyal to China than Canada when it comes to conflict between the nations. This stands in contrast to only seven per cent of Chinese Canadians who say that is the actual case.

“These stats are troubling as they expose the reality of how unsafe Asian Canadians are feeling,” Canadians Race Relations Foundation executive director Mohammed Hashim stated in a news release in response to the study. “We know false accusations of dual loyalty and being the cause of the pandemic have fueled such unprecedented levels of hatred.”

UBC is launching a free national forum based in Vancouver to discuss these poll results and address related issues.

The National Forum on Anti-Asian Racism in Canada at UBC on Thursday and Friday (June 10 and 11) will bring together community organizers and academics with those working in government, healthcare, media, and other sectors.

The objective is to hold discussions about how to develop recommendations for action on anti-Asian issues.

Programming on June 10 is open to the public, and will include coalition building across Asian Canadian communities, and access and advocacy for systemic change.

The following day will be a working session, and will end with a public session for attendees to share action, priorities, and ways to advance.

More information about the forum, including the program schedule and registration, is available at the event webpage.