The Toronto-Dominion Centre 50 years later: God is in the details

Strong and dominating in their scale, simple, modern and elegant in their design, they soared over a confused mixture of. 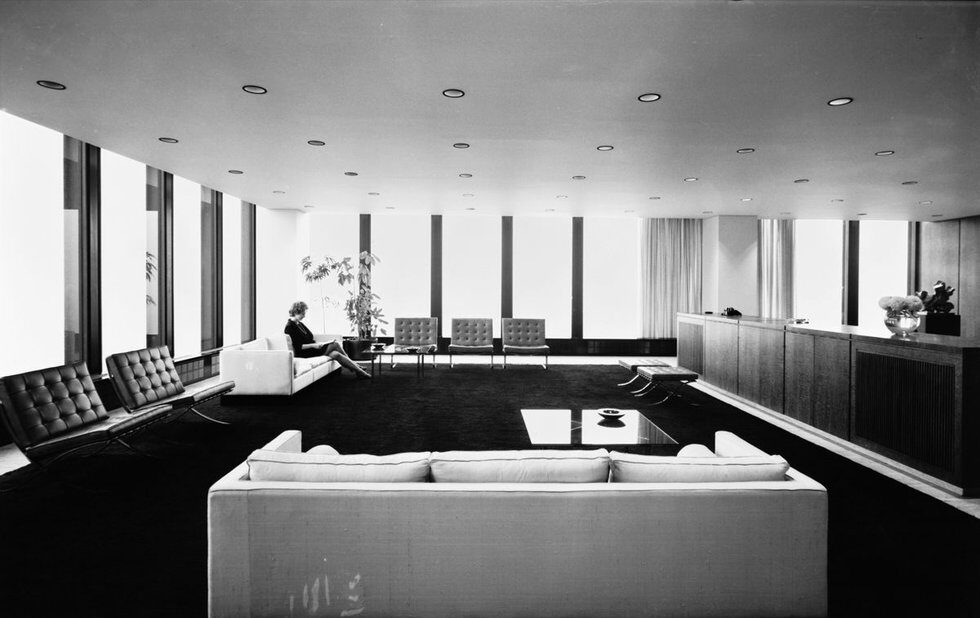 When they were completed in 1967

Strong and dominating in their scale, simple, modern and elegant in their design, they soared over a confused mixture of small, classical structures beneath them.

When they were built 50 years ago, the TD towers completely transformed the citys skyline.

TDs leaders at the time envisioned creating a great building for a deserving city. The design and development of the towers was an optimistic statement of Torontos progress and innovation. The design, created by the celebrated pioneer of modern architecture Mies van der Rohe, was a declaration of grandeur and marked Torontos arrival on the world stage.

SPACE AND LIGHT AMONG THE DAISIES

It was van der Rohe who famously said God is in the details, and the continuity between the public and private spaces of the towers can go overlooked today. But the towers details, both inside and out, are masterfully executed and worthy of attention and appreciation.

Canadian architect Phyllis Lambert, who strongly recommended van der Rohe for the project, has noted that the TD complex feels like architecture of both movement and repose. The spaces evoke efficiency and serene uncomplicated harmony.

The entire design is centred around black steel, granite, travertine and English oak connecting each space with the next. This balance between movement and rest is preserved in even in the smallest of details.

Van der Rohe saw the complex as a singular entity, and uniquely furnished the TD Centre with furniture he designed.

The rigid square of the Barcelona tables in the sitting areas are echoes of the ceilings decisive square divisions of integrated lighting. The grain in the wood slab boardroom table that spans over 36 feet matches the grain of the English oak-panelled walls throughout the tower to perfection. The original black leather and polished chrome Brno chairs, still used by the banks board members, echo strength and softness.

Van der Rohes commitment to his vision was unwavering. His passion and complete control over the creation are evident. He designed his own modern type face to be used for the directories and original signage of the stores in some of the oldest parts of the PATH system. Yellow daisies, van der Rohes favourite, were to be placed in round glass bowls on the end of each tellers desk. The daisies had to be cut to a very specific length to create a dome in the glass bowl so as to balance the rigid lines of the interiors.

Van der Rohes vision was to create an environment of space and light to promote efficiency and morale. The original marketing materials advertised the space as possessing qualities that are precisely those which people seek in their own environment and their environment for work is just as important to their well-being.

Van der Rohe understood that space and light were the most valuable and appreciated element in an expanding, increasingly crowded city. Thus, he created work spaces with floor-to-ceiling windows, and designed filing cabinets that were mobile space dividers to increase the flexibility and openness of the workspaces.

The TD towers remain a remarkable example of the very best of mid-century modern architecture. Toronto is lucky to have them.

Pauline Berkovitz is a member of Architectural Conservancy of Ontarios NextGen board.