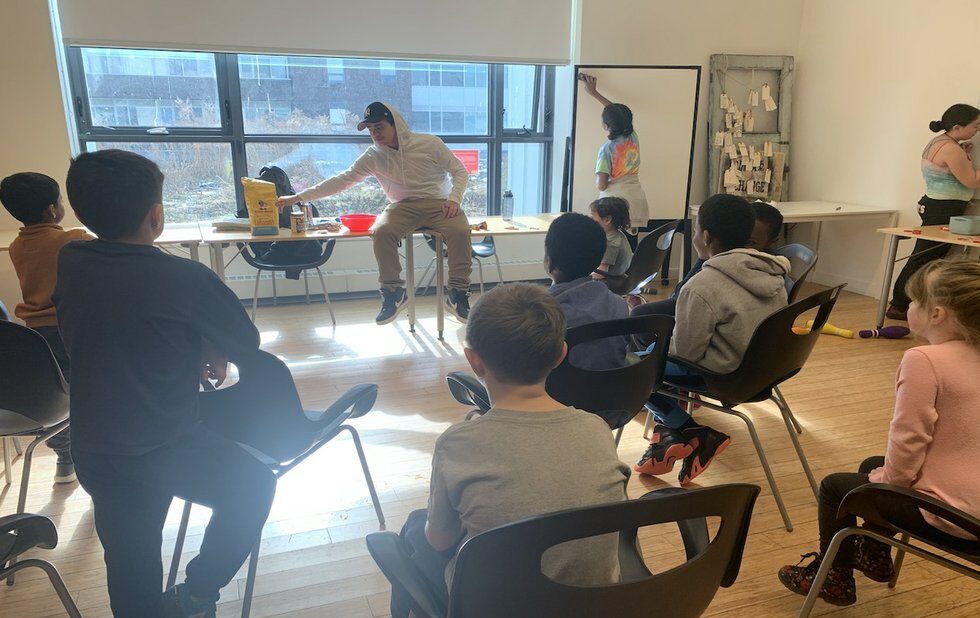 I look at my calendar and I don’t know how I’m going to make it.

The rotating teachers’ strikes are hard on all families, but lower-income single moms like me are being hit particularly hard. Like so many parents, I’m caught between rent increases and huge childcare bills for before and after school care. The strike actions have me burning through money and my already limited support networks.

But I’m also a unionized worker. As a member of the International Brotherhood of Electrical Workers, I know the importance of decent jobs with good wages and union protection, and the value of public schools.

So I try to find a way to survive, pay my rent, buy food, make sure my daughter is looked after and somehow not get fired. Recently, I heard about “strike solidarity camps.”

They’re are popping up around the GTA. Held in church basements and community centres, these ad-hoc programs are filling a critical gap for families. From Regent Park to Riverdale, the Annex, Parkdale, Kensington Market and as far away as Newmarket, solidarity camps are offering child care either free or very low cost (around $15 a day).

Jess Lyons is an organizer with the Ontario Parent Action Network. She says, “There are lots of strike camps that cost a lot of money and we know a lot of parents couldn’t do that [but] we specifically tried to connect with community organizations and parents in low-income neighbourhoods of Toronto. That was our focus.”

This is why I was so happy to drop my kid off at the strike camp at A Different Booklist last week. My Grade-one daughter was nervous at first, but she had a great time at what she called “library camp.” She told me she got to read whatever books she wanted. Last Wednesday, I took her to St. Stephen-in-the-Fields, where she and her friend made art all day.

Lyons says, “There are lots of families that are so let down by the Ford government cancelling the minimum wage hike, cutting paid sick days and so many erosions of worker’s rights. That weakens the ability for those families to be coping on strike.”

Professor Alan Sears from Ryerson University tells NOW that “Community solidarity actions like these are an innovation in the labour movement as strikes go on for longer with governments.

“Teachers’ strikes have a huge impact on the community and it can feel a bit lonely,” Sears continues. “It is so important through camps like this to show that parents and community members support the defence of quality, accessible education.”

When I visit a strike camp in Parkdale, an adorable kindergartener in glasses snuggles up to me as I interview Anna Doble, a parent and volunteer. “It’s a definite need in the community, though we are lucky that we have each other,” Doble says, picking up toys and cleaning up spilled juice without missing a beat. “Parkdale is very organized.”

I’m concerned about losing my job. If I have to take time off for childcare responsibilities, I’m likely to get no sympathy in my male-dominated industry. Immigrants, people of colour and minimum-wage workers are particularly vulnerable at times like these.

Melisa Bayon, who is taking the lead on organizing several strike camps in the city’s east end, says they’re filled to capacity with 40 or 50 kids. She says most of the clients are single moms and low-income people “who don’t have a lot of money for food.”

Teachers are also pitching in. Ashleigh Doherty is a teacher at Parkdale Public School who is volunteering at strike camp after her shifts on the picket line. She says that for strike actions by teachers to be successful “we have to stand with families that live in the neighbourhood that our schools service.”

I already have a stressful single-mom life. But if public education is decimated our life is only going to get harder.