Feeling patriotic? Here’s where to go and what to do on July 1 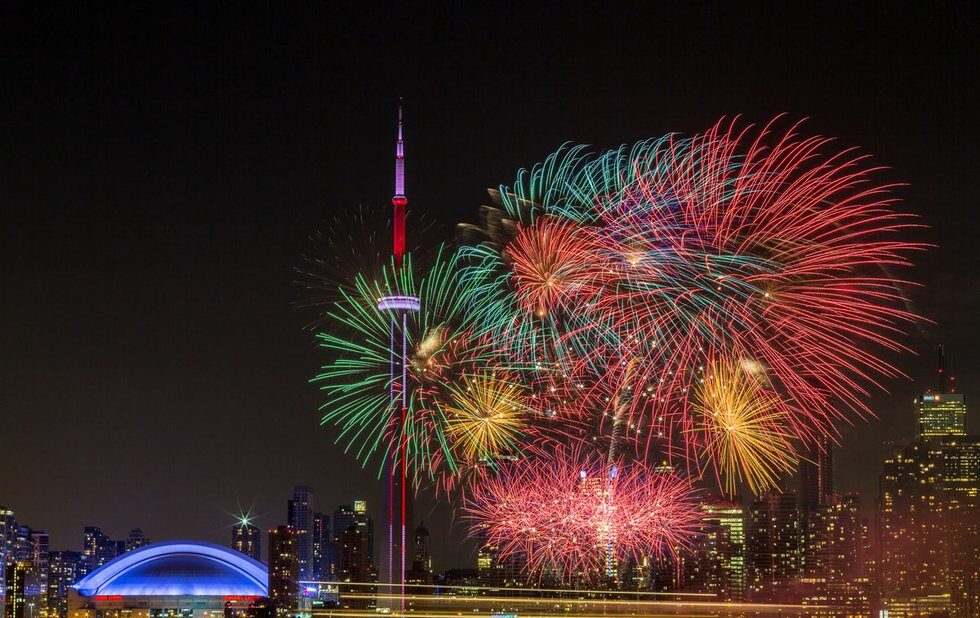 To commemorate Canada’s 150th birthday, expect Canada Day celebrations to be epic this year. There’s a lot happening in Toronto on July 1 – and a lot of it’s free! Below, we’ve highlighted the best events.

Expect crowds if you spend Canada Day at the ROM. The museum is offering free admission to all visitors on July 1. In addition to all the permanent galleries, check out original current original exhibitions, The Family Camera and Anishinaabeg: Art & Power. Admission prices for Out of the Depths: The Blue What Story will still be in effect. The ROM is open 10 am to 5 pm on Canada Day. See listing for details.

It’s not everyday that you get to see a enormous rubber duck floating in Lake Ontario. The provincial government has spent a chunk of change on the duck, now draped in international art controversy, which means it’s at least worth stopping by for a selfie. Plus, take in a lumberjack show, other live entertainment and plenty of edible treats from the artisan market. See listing for details.

Decolonize the dance floor at Unceded

If the celebratory nature of Canada 150 has been making you feel queasy, get your feelings out on the dance floor at Unceded: Our Home On Native Land. The dance party at Harbourfront Centre starts on June 30 but goes well into the morning with a lineup of DJs that include Mob Bounce, Narcy, Boogey the Beat and Yes Yes Y’all spinning a mix of hip-hop, electric powwow, dancehall and R&B jams all night. Tickets are $15 in advance online. See listing for details.

Chill by the water at Wavelength

If you can’t wait for Camp Wavelength in August, get a taste at Wavelength’s free Canada Day concert at Humber Bay Park. Headlined by Guelph duo The Magic and experimental pop band Most People, the early show also includes Basia Bulat, Pantayo, Heavweights Brass Band and more. Skip driving or taking transit and join a bike tour hosted by Bike Pirates, which will guide a group riding from Trinity Bellwoods to Humber Bay Park West starting at 3 pm. See listing for details.

Brewer’s Backyard takes over Evergreen Brickworks from 11 am to 5 pm for Canada Day celebration with craft beer. Great Lakes Brewery, which is toasting its 30th anniversary, is the featured brewery and doing a tap takeover of the entire event. Sample from over 15 beers including the Canuck Pale Ale, Sunnyside Session IPA and Red Leaf Lager. A number of food vendors will also be on hand. See listing for details.

For four days, four stages take over Nathan Phillips Square from June 30 to July 3 for free concerts showcasing Canadian musicians. Warm up with Buffy Sainte-Marie and the Barenaked Ladies on Canada Day eve before dancing it out to Born Ruffians, Kid Koala, Charlotte Day Wilson, Maylee Todd and Ron Sexsmith on July 1.If you still want more, check out R&B and hip-hop stars Shad, dvsn, Michie Mee and Maestro the following day, and rapper Belly paired with the Kingston All-Stars on the final day of shows. See listing for details.

Where to watch fireworks

From June 30 to July 3 at 10:55 pm, fireworks will be presented above Nathan Phillips Square at the end of every concert. Fireworks will also be displayed at Mel Lastman Square, Humber Bay Park West and the Scarborough Civic Centre at 10:55 pm on July 1.

The CN Tower will put on its own fireworks display at 10:30 pm on Canada Day accompanied by a music simulcast on Boom 97.3FM. Those near the water can watch fireworks from Harbourfront Centre as part of Our Home On Native Land at 10:30 pm. Rib Fest, which takes place at Centennial Park in Etobicoke, will have its own fireworks at 10 pm.

Head to North York at 9:45 pm for fireworks at Amesbury Park. If you’re in the Beaches, enjoy a fireworks display at Ashbridges Bay Park at 10 pm.