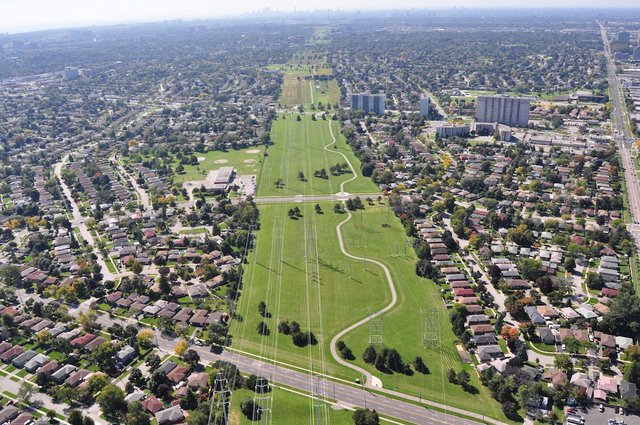 The Meadoway will stretch from the Don River ravine in downtown Toronto to the Rouge National Urban Park.

A new 16-kilometer urban park will stretch from the Don River ravine to the Rouge National Urban Park in Scarborough, creating an expanse of green space, bike paths and urban agricultural gardens.

Dubbed The Meadoway, the park is a joint project from Toronto Region Conservation Authority (TRCA), The W. Garfield Weston Foundation and the City of Toronto. The project will be completed over the next seven years. 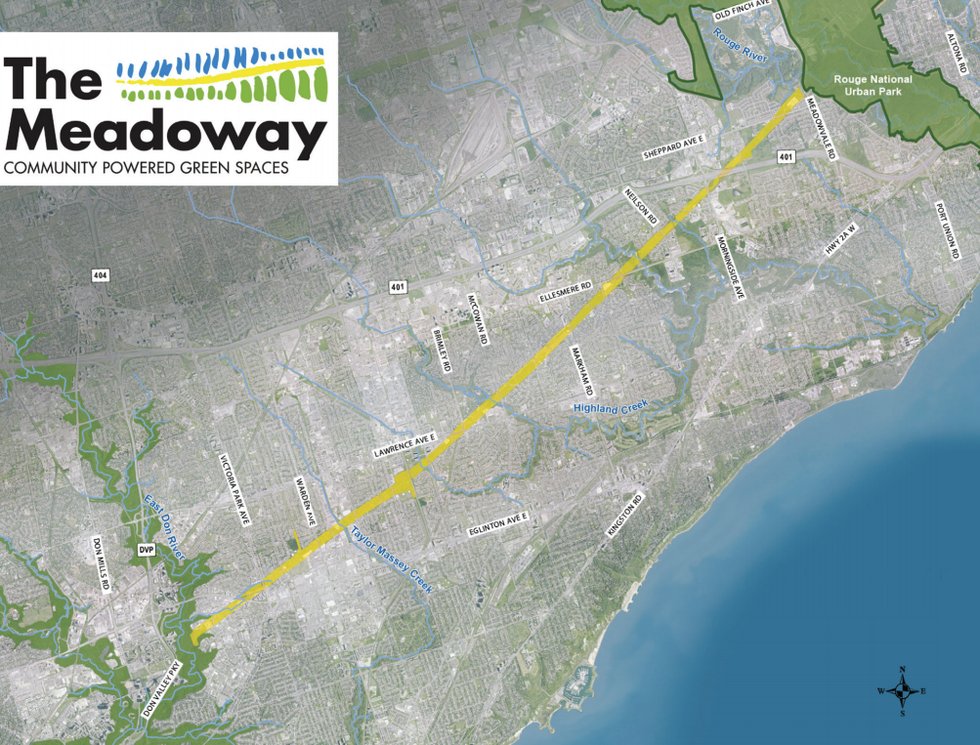 Spanning over 200 hectares, the Meadoway transforms an under-utilized power corridor into a linear park connecting four ravines, 15 existing parks and over 30 neighbourhoods. According to the TRCA, it will also feature 10 urban agricultural gardens where local communities can grow their own food.

While Toronto already has well-established north-south natural corridors, the Meadoway will create a much-needed east-west uninterrupted path along the city’s ravine network and offer better access to the Rouge National Urban Park.

“As Canada’s cities continue to grow, we need to develop smarter ways to bring nature back into our neighbourhoods and our lives,” said Tamara Rebanks, the chair the W. Garfield Weston Foundation’s conservation committee, in a news release.

The proposed budget for the project is $85 million. The W. Garfield Weston Foundation has already pledged $25 million over the coming months and the City of Toronto has committed $6.3 million, which will go towards supporting the park’s trail and cycling infrastructure.

“The Meadoway will create a transformative public space in the heart of Scarborough that will connect our communities and draw visitors from the across the city and beyond,” said Mayor John Tory in a statement.

Once completed, the Meadoway will be one of the biggest linear urban parks in Canada and one of the largest urban meadows in North America.