NOW MagazineNews“He was the Nelson Mandela of Canadas Indigenous movement”

“He was the Nelson Mandela of Canadas Indigenous movement”

I have met many Indigenous leaders from across North America and internationally in my work on behalf of First Nations.. 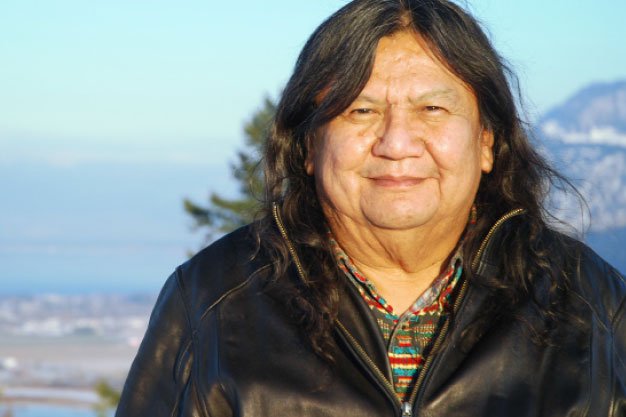 I have met many Indigenous leaders from across North America and internationally in my work on behalf of First Nations. Arthur Manuel stood out for his honesty, integrity, kindness and humour. He was my close friend and brother.

We lost Art way too soon when the Creator called him home on January 11, 2017. Arts family and all of us who worked closely with him have been trying to recover from the grief ever since. Indeed, Indigenous peoples around the world have experienced a serious loss.

Arthur, like his father George Manuel, was known for his tireless efforts to have the rights of Indigenous peoples, especially in Canada, recognized and respected at the United Nations and its member states. He was the Nelson Mandela of the Indigenous movement, having travelled to Colombia and Nairobi, among other places, as part of his lifes mission.

Citing the fact that Indian reserves account for one-fifth of one per cent of land in Canada, Art focused on the return of land as the most important issue for Indigenous peoples in his home country. This profound injustice, he said, is whats kept Canadian colonialism in place.

I first met Art at the First Ministers Conferences on Aboriginal Constitutional Matters in Ottawa in 1985.

The talks were intended to define the meaning of Aboriginal and treaty rights in the new Constitution Act passed by the government of Pierre Elliot Trudeau in 1982, which recognized and affirmed the existing Aboriginal and treaty rights of Aboriginal peoples. At the time, I was working with Arts brother, Bob Manuel, at the Assembly of First Nations (AFN) in the bilateral commission, which was mandated to assess the impacts of the constitution on First Nations specifically, what rights would be protected.

The talks would involve meetings between the federal and provincial governments and four main Indigenous organizations. But some of the chiefs had serious concerns about the involvement of the provinces in the historic bilateral relationship between the Crown and First Nations. Other chiefs embraced provincial participation.

As a result, the AFN created a constitutional working group, which was well funded by the federal government, to take part in the process. This resulted in an awkward situation: two groups operating within AFN on the constitution, and deep divisions between them about how to proceed now that the document was law.

Just before the last of four meetings, which took place in March 1987, Manuel handed me a document he had written on his personal computer. (Art was one of the few people I knew who owned a personal computer back then.) It was entitled Strategic Planning And Defence Analysis Situation Report And Recommendations Respecting First Ministers Conference 1987. The words For Indian Eyes Only were typed at the top.

It states that the inherent right of self-government does not include a right of sovereignty in the international law sense.

The policy goes on to state that It is in the interest of both Aboriginal and non-Aboriginal governments to develop co-operative arrangements that will ensure the harmonious relationship of laws which is indispensable to the proper functioning of the federation.

Today, hundreds of Indian bands are negotiating under this municipalization policy largely because they cant afford to go to court and defend their treaty rights.

In July 1997, Phil Fontaine was elected AFN national chief, and by September I was told my services were no longer needed at AFN. I accepted a position in British Columbia as research director for a traditional-use study being conducted by the Neskonlith Indian Band and the Adams Lake Indian Band. For the next four and a half years I would work closely with Art, first for the Secwepemc bands and then as an executive liaison between the Interior Alliance of Indigenous Nations from south-central B.C. and the Union of B.C. Indian Chiefs.

Art was spokesperson for the alliance, whose main objective was developing an alternative to the British Columbia Treaty Commission process to negotiate land claims and self-government agreements.

In December 1997, the Supreme Court of Canada handed down the historic Delgamuukw decision recognizing Aboriginal title in Canada.

Arts children, family, friends and supporters are picking up his work to get the land back, as he would say. It now takes many people to do the advocacy work Art was doing single-handedly without pay since leaving public office years ago. Thankfully, he has left his experience and vision behind.