The problem with car insurance in Ontario: Reasonable Doubt 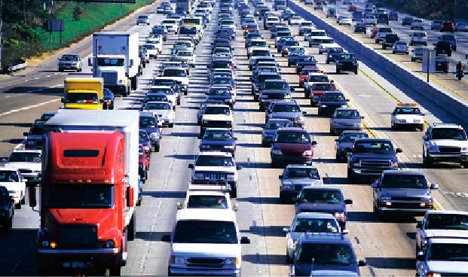 Car insurance has been a difficult puzzle for Ontario governments. Thousands of people are seriously injured each year in car accidents and hundreds are killed. The majority of these accident are preventable and caused by driver negligence or recklessness, particularly distracted driving.

In 2013, a minority Liberal government needed the support of the NDP to pass their budget. The NDP forced the Liberals to promise a 15 per cent reduction to auto insurance premiums. The proposed cut would have saved the average Ontario household $225 per year.

The NDP and Liberals were right to be concerned about car insurance premiums. Ontario has the highest rates in the entire country despite having removed nearly all of car accident victims’ rights to compensation.

An auto insurance system should be hard on reckless drivers and provide full support and compensation for accident victims while rooting out and punishing fraud. That is not the approach taken in Ontario.

Ontario has a largely “no-fault” auto insurance scheme, meaning the government has removed the right to compensation for the vast majority of victims injured in car accidents.

Before someone injured in a car accident can receive compensation for their pain and suffering or future medical expenses they must first have suffered a injury that causes a “serious and permanent” impairment – a high threshold to meet. This threshold removes the right to sue for the vast majority of people injured in a car accident. There is also a deductible for pain and suffering damages in all but the most serious injuries.

Since the Liberals’ 2013 promise to reduce rates, accident victim rights have been eroded several times.

In 2016, the Liberals cut benefits again, with treatment funds for catastrophically injured people – such as people with severe brain injuries or quadriplegia – being cut in half. Liberals also restricted treatment funding for people with whiplash – even people who have developed lifelong and disabling neck and back injuries – to $3,500.

Interestingly, at trial the jury is not allowed to know about the threshold or the deductible. This means that insurance lawyers are allowed to argue in closing argument that the injured plaintiff should receive the generous sum of $30,000 without the jury knowing this will be rounded down to nil after the deductible is applied. A jury who thinks they are awarding someone $30,000 is actually awarding them nothing.

The complexity of Ontario’s auto insurance laws, and the adversarial nature of insurance companies who routinely deny requests for treatment and other benefits, means that few injured people can safely navigate the system without a lawyer.

The insurance industry has run successful ad campaigns about fraud to make the public suspicious of personal injury claims and personal injury lawyers. The default position for many juries is often that plaintiffs are frauds faking or exaggerating their injuries that are represented by a money hungry ambulance chaser lawyer. There is absolutely no data to support this position it is a fiction.

The Court is well aware of the current problem with our insurance and jury system and the unfair result it is causing for accident victims. Consider this commentary from the Court after an unfortunately common low jury verdict:

The trial lasted 12 days. The usual experts for both sides gave the usual testimony. And the jury gave the usual verdict. The jury awarded the plaintiff just $3,000 for [pain and suffering] damages and nothing at all for past or future income loss, medical care, and housekeeping costs. … While jury trials in civil cases seem to exist in Ontario solely to keep damages awards low in the interest of insurance companies, rather than to facilitate injured parties being judged by their peers, the fact is that the jury system is still the law of the land. This jury has spoken and did so loud and clear.

When an injured person loses at trial, they are responsible for paying a portion of the insurance company’s legal bill, which is generally between $75,000 to $200,000. If you own a house, losing at trial can mean losing your home. How many injured people are going to want to take this chance?

After the drastic cuts to benefits, the advertising efforts by insurance companies, and the resulting low jury awards – all burdens born by injured people – what is the result? Insurance premiums remain the highest in the country and we are far from reaching the promise of a 15 per cent reduction.

Why have premiums not declined? A recent report by Dr. Lazar from the York University School of Business found that consumers overpaid $840 million in insurance premiums in 2013 alone. The potential overpayment may total $5 billion from 2011 to 2016. In the last five years, according to Lazar, the number of claims declined by 15 per cent but profits increased by nearly 60 per cent.

Car accidents leave many people with high medical needs and often no ability to earn an income, relegating them and potentially their families to poverty.

Everyone involved in the auto insurance debate agrees that the carnage on our roadways has a serious cost. The only question is who should pay for it and how much should they pay?

Cuts in auto insurance mean shifting part of the burden of looking after the victims of our roadways onto taxpayers. Someone who is seriously injured in a car accident has two options: the first is to receive income loss and medical benefits from an auto insurance company, and the second is to receive social assistance payments and medical treatment through the provincial or federal government funded by taxpayers.

New premier Doug Ford has a difficult problem given his promise to deliver a “government for the people.” On the one hand, Ford has pressure to reduce insurance premiums for the average Ontarian. On the other hand, cutting insurance benefits means relying more heavily on our already underfunded healthcare and social assistance system, which cuts against his promise to reduce taxes.

As Ford’s platform unfolds, we will find out what “people” he is for: large insurance companies or tax payers, premium payers and accident victims.