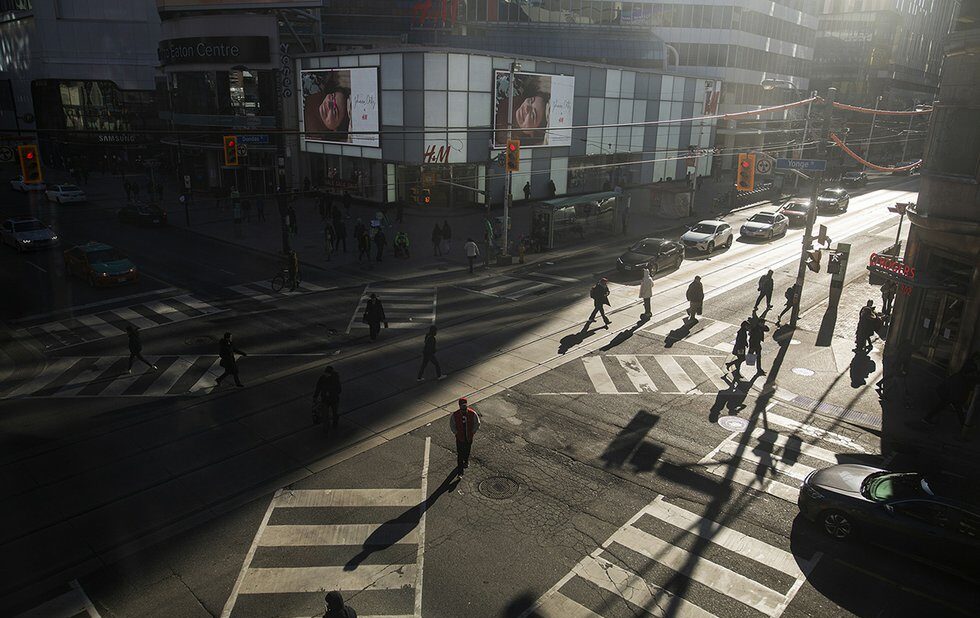 We were warned it would be like this. But what is this exactly? We’re still trying to figure it out.

Six months into the pandemic (yes, it’s been that long) and it’s just starting to sink in. We’re as fucked as we thought we would be. Some people are still in denial about that. But the mental health casualties continue to pile up.

After a summer sojourn from the virus, Canadians seem to be entering another malaise. The optimism that followed July’s reopening has gone poof.

Remember when public health officials told us this would be a marathon, not a sprint? Judging by the recent rise in new cases, some folks forgot to put on their long-distance runners.

And those who thought a vaccine was going to save us can think again. Some human trials that are afoot (about 26 in all) have had to be stopped over adverse side effects. China says a vaccine may be ready by November. But it’s been almost 20 years and still no vaccine for SARS. What makes us think COVID-19 will be any different? The virus is more mutable, in fact, than SARS.

Giving people false hope is a dangerous game to play at this stage. If COVID has taught us anything, it’s that public confidence in health officials and our political leaders is key to keep people pulling together in the same direction. The idea that we’ll have a magic wand to save us from this scourge has made great fodder for conspiracy theorists and anti-vaxxers who imagine a global conspiracy to force an unsafe vaccine onto the unsuspecting masses. The pharmaceutical companies are lining up to cash in. Crazy times.

The reality is that the last six months have been a trial run. It’s crunch time – again. Question is: are we ready for the second coming of COVID? Will hospitals have the capacity to push back the tide when it comes? Already, warning bells are going off.

The rate of people testing positive is once again above the 1.1 per cent rate we were seeing in March. It’s at 1.5 per cent nationally. Canada is back over some 600 cases a day, that’s a 30 per cent increase over previous weeks when we were supposedly “crushing” the curve. And those aren’t even the real numbers. The several weeks lag means we’re only beginning to see the infections from mid-July’s reopening. We’re playing catch-up.

Anthony Dale, the president and CEO of the Ontario Hospital Association, warns that Ontario is “losing ground” in the fight against COVID and that “fatigue” is setting in around public health restrictions. At the current rate, we could be facing another shutdown of hospitals and the cancellation of elective surgeries as happened in March at the height of the pandemic.

Canada’s chief medical officer of health Theresa Tam is warning of the risk of “exponential growth in the numbers.” Toronto Mayor John Tory has added to the sense of urgency. He’s been urging the province to expand testing (Ontario has been in talks with Shoppers Drug Mart) and return to tighter restrictions on social gatherings, as well as to increase enforcement and fines. On Thursday, the province obliged, restricting social gatherings to 10 people indoors and 25 people outdoors beginning Friday.

Meanwhile, the Registered Nurses Association of Ontario, which represents more than 44,000 registered nurses, nurse practitioners and nursing students across the province, says the staffing crisis in long-term care facilities in Ontario continues, even after some 1,800 deaths attributed to COVID-19.

There have been also been questions by the RNAO (and privately by hospital CEOs) about the province’s handling of the virus and calls for the resignation of David Williams. The province’s chief medical officer has been too casual about imposing preventative measures, critics say. And now it looks like the Ford government may be using him as its patsy to push a return to school, after enlisting Williams to take part in a feel-good video with education minister Stephen Lecce last week.

School boards, who’ve been ordered by the province on several occasions to revise plans, are trying their best to work within financial constraints. But most seem to be flying by the seat of their pants when it comes to their COVID preparedness.

I sat in on a Zoom meeting with one parent-teachers council in North York last week. Between all the provincially mandated precautions that need to be taken to screen kids in elementary and middle school – including after lunch breaks and in between morning and afternoon recess – there won’t be as much quality time for in-class teaching, not to mention getting used to a totally foreign environment.

It’s tough not to sympathize with teachers. They’re job is to teach, not manage a health-care crisis. They seem to be resigned to the latter. And if that means sacrificing quality education, well then that’s on Doug Ford.

Even SickKids experts, which Ford likes to quote to justify his government’s plans, have expressed extreme reservations about a return to school with class sizes of more than 15 students. Teachers have been tweeting photos of arrangements in their classes to contradict Lecce’s claims that all’s well. There have been plenty of COVID contradictions to go around.

Ford admits we may be headed for another lockdown if the numbers keep going up. It seems inevitable. We’re right back where we started in many ways. Time to hunker down (again). The future is as uncertain as ever.

One response to “The second coming of COVID”