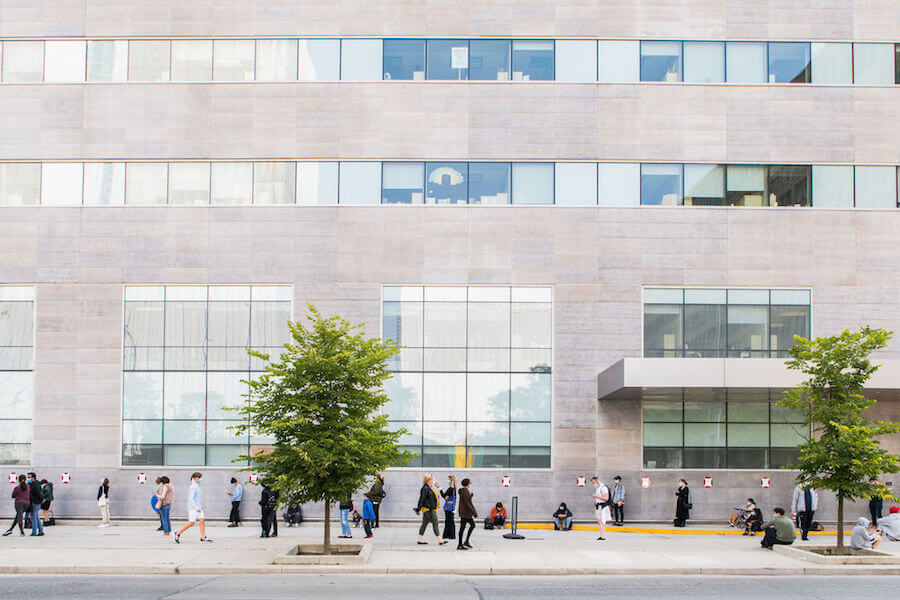 It’s an unusually pointed message from the health minister who has confined her daily Twitter updates on new cases of the virus to the numbers.

But with new lockdown measures scheduled to go into effect in Toronto and Peel on Monday, the minister says that “we need everyone to do their part to follow the public health advice.”

After hitting an all-time high of 1,588 new cases yesterday, the number of people in hospitals with the virus is down by 29 bringing the total number to 484. The province is reporting 14 deaths, compared to 21 yesterday. The new numbers are based on 46,389 tests. Yesterday’s high was based on 46,671 tests.

But the number of beds available in hospital intensive care units to deal with the virus (147) has been hovering at or near capacity in recent days. There are currently 89 people on ventilators, one more than yesterday.

Canada’s chief public health officer Theresa Tam reports that an average of 1,840 people with COVID-19 were being treated in Canadian hospitals during the most recent 7-day period, and some 386 in intensive care units.

There were an average of 71 COVID-19-related deaths reported daily across the country last week.

Tam says in a statement released this afternoon that the situation is forcing hospitals to cancel elective surgeries.

Tam says Canadians should start thinking now about “a plan for safer holidays.”