The struggle of getting a Canadian Study Permit: Reasonable Doubt 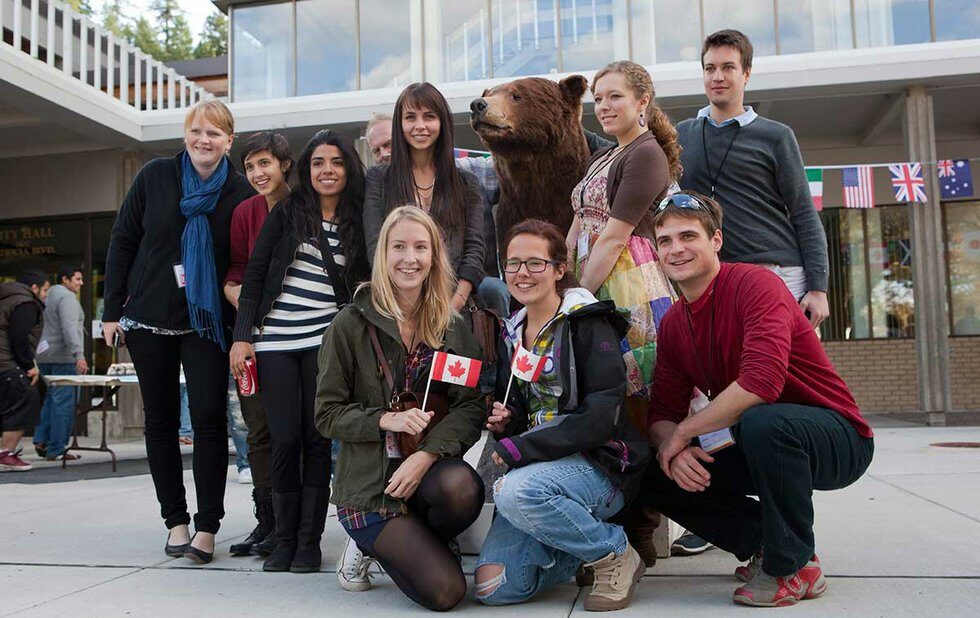 An overwhelming influx of refugees, sweeping legislative changes, unreasonable long-term detentions and deportations: These are the topics that come to people’s minds when they hear the phrase “immigration law.” When stories about immigration law make it to the news, they are filled with drama. These stories are striking, and rightly so: changes in and misapplication of immigration law can have dire consequences for those involved.

However, with the public eye turned toward the sensational, mundane everyday injustices go under the radar. It is these unremarkable injustices that truly expose the culture of complacency and arbitrariness in immigration law enforcement, and give the best perspective on the rot within the system. One of these boring, routine failings of our immigration system is the administration of study permit applications.

On the surface, applying for a permit to study in Canada is easy. The Immigration, Refugees and Citizenship Canada website provides a detailed guide on how to make the application. It also directs would-be applicants to a document checklist meant to assist them with gathering necessary supporting documents. The guide makes it look so simple: complete the provided forms, submit the documents listed in the checklist and wait. If the evaluating officer needs any additional documents, he or she will request them.

However, submitting a study permit application that strictly adheres to the government-provided guide is a surefire way to have an application rejected. Applications are denied for reasons never identified in the guide, without any letter from the evaluating officer requesting additional documents. Insufficient family ties to the home country presence of family ties in Canada absence of employment prospects in the home country purpose of visit: these are but a few factors officers rely on to reject study permit applications, none of which are mentioned in the guide as having to be addressed by applicants. So, unwitting hopeful applicants wait while officers judge their applications against criteria that remain secret to the applicant until it is too late.

These hidden factors and requirements are not products of the evaluating officer’s imagination, however. They can be found, described in detail, in the Program Delivery Instructions. These instructions are the actual guidelines that must be followed by immigration officers in reaching their decisions. They are comprehensive. They are detailed. They are clear (for the most part). They are an invaluable tool for would-be applicants in putting together a convincing application. Yet incredibly, the government’s application guide makes no mention of these Instructions and provides no link to them, as though they are not important. Even the Instructions themselves begin with the following note:

This section contains policy, procedures and guidance used by Immigration, Refugees and Citizenship Canada staff. It is posted on the Department’s website as a courtesy to stakeholders.

That is how the state presents them. A courtesy. An aside. A good-faith gesture. Here you are, dear member of the public, the instructions are there for you to read, but only if you want. Oh, and just so you know, failing to read them will grossly compromise your application. But you won’t know that until it is too late. Best of luck!

Even applicants who are aware of these hidden evaluation criteria or those who can afford a lawyer’s assistance don’t fare much better. I have seen young applicants, fresh out of high school, be denied due to “lack of travel history.” I have seen applicants who have their entire families, financial holdings and real property in their home countries be denied for “lack of ties to country of origin.” I have seen applicants denied due to “lack of employment prospects in their home country” despite them submitting official letters from their current employers stating that their positions will be held for them while they studied. I have even seen a well-travelled applicant denied on the basis of travel history because her previous extensive international travel was done by train, and she would have to fly to Canada! Somehow, this change in mode of travel made the officer think that the applicant would overstay her visa.

There is no end to the creative and mind-boggling ways in which officers deny even the strongest of applications. At times they even ignore their own gospel, the Program Delivery Instructions. For instance, the instructions require applicants for study permits to prove financial sufficiency for “only the first year of studies, regardless of the duration of the course or program of studies in which they are enrolled.” I have seen cases where officers ignored this guidance, rejecting applications for failure to prove financial sufficiency for all years of study – a clear error.

Officers also have a hard time wrapping their minds around the doctrine of “dual intent.” Canadian immigration law (s. 22(2) of the Immigration and Refugee Protection Act ) explicitly permits temporary resident, such as student, to intend to eventually become permanent residents of Canada, as long as they also intend to leave Canada when their temporary status expires. To many immigration officers, however, these two intents are mutually exclusive. Any indication of intention to eventually become a permanent resident of Canada is automatically treated as intention to overstay their Canadian visa, despite an often-spotless history of past compliance. In so doing, officers blatantly ignore established law and decide applications on a whim.

With such glaring issues with the study permit application process and officers’ decision-making, you would expect a complementary robust, effective, and speedy system for appealing these decisions. No such system exists.

Applicants whose applications are rejected have three options: request a reconsideration, appeal to the Federal Court of Canada, or submit a new application. Each of them is far from ideal. Requesting a reconsideration is often fruitless, as it is a request to the original decision-maker to reconsider his or her initial decision. The vast majority of reconsideration requests result in an affirmation of the negative decision, since there is no actual duty on officeurs to even entertain such requests.

An appeal to the Federal Court, though more likely to succeed, is far more time-consuming and financially draining. Many applicants, despite a desire to appeal, simply do not have the money to hire a lawyer, which is all but necessary. Even if they obtain representation, it will be six months at the bare minimum before their matter makes its way before a Federal Court judge. If the judge rules in the applicant’s favour, he or she also comments on the officer’s errors before sending the matter back for reconsideration by a different officer. The judge does not have the authority to approve the application. The new officer is obliged to come to a decision in accordance with the judge’s comments. In other words, the second officer is not allowed to make the same mistakes as his or her predecessor. The matter may resolve sooner by way of settlement if the Minister of Citizenship and Immigration agrees to send the case back for reconsideration by a different visa officer without the need to go to court. However, this is a flawed remedy, since there is nothing to prevent this new officer from making the very same mistakes made by the first one, effectively sending the applicant back to square one.

Simply re-applying is also less than ideal. A new application does not erase any previous refusals, and visa officers can rely on previous refusals to deny current applications. Because of this, it is imperative that reapplications explicitly address the reasons for the past refusal. Those reasons, however, are often far from apparent. While refusal letters do include checklists identifying the areas of the evaluating officer’s concerns, they provide no details as to why the evidence submitted by the applicant was insufficient to address those concerns. For that, the applicant would need the officer’s written reasons, which can only be obtained through an Access to Information and Privacy (ATIP) request. These requests are supposed to be responded to within 30 days, but in practice can take much longer. Even when written reasons are finally received, they may be so brief as to offer no insight into the officer’s reasoning, making it that much harder to address past concerns in a future application.

End Result and Impact on Applicants

In sum, the application and determination process for study permit applications is weighed heavily against the applicant. Applicants are led to believe that the process is straightforward and formulaic, but are then assessed on criteria that they never knew existed. Evaluating officers can unreasonably apply these hidden criteria, ignore evidence, and at times ignore the law itself. The only true appeal process – a judicial review before the Federal Court – is costly and time-consuming, thus such appeals are rare. It is a lot cheaper to simply re-apply. As such, there is rarely any accountability for evaluating officers who make grossly inappropriate decisions, perpetuating a culture of complacency and impunity.

This is not to say that all study permit applications get refused. Between 2009 and 2013, approximately 73 per cent of all study permit applications were approved. However, this still leaves tens of thousands of people who were denied an opportunity to study in Canada, many for dubious reasons. For those who get refused, the consequences can be exceptionally serious. A refusal can delay professional advancement in the applicant’s home country, or stall that advancement altogether. A lack of proper education can lead to poverty. A refusal can also compromise the applicant’s future ability to visit Canada for any reason, since officers will undoubtedly read an ulterior motive into any subsequent application. Finally, many countries look negatively on anyone with past Canadian refusals, and are less likely to grant visas, further limiting those people’s opportunities. In this way, these refusals carry with them long-lasting effects.

A word of caution: You should not act or rely on the information provided in this column. It is not legal advice. To ensure your interests are protected, retain or formally seek advice from a lawyer. The views expressed in this article do not necessarily reflect those of Legally Canadian or the lawyers of Legally Canadian.