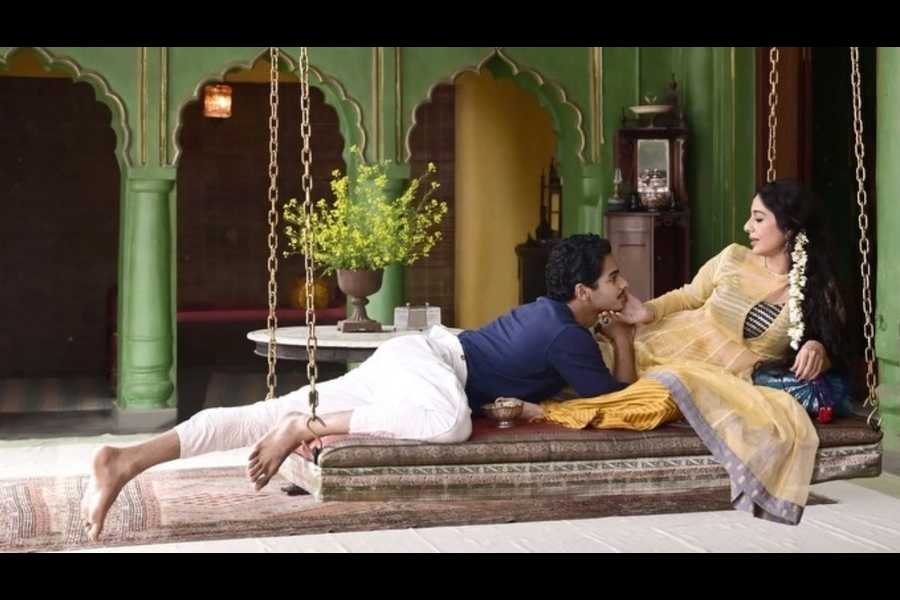 The Toronto International Film Festival announced the feature film lineup for this year’s edition today – and made history by announcing Mira Nair’s BBC adaptation of A Suitable Boy as the closing-night presentation of TIFF 2020.

Currently airing on consecutive Sundays in the United Kingdom, Nair’s six-part production – written by Andrew Davies and featuring an all-Asian cast that includes Ishaan Khatter (Dhadak), Tabu (The Namesake, Life of Pi) and Tanya Maniktala – will be the first miniseries to close the festival.

It’s a nifty way of turning a limitation into a novelty: COVID may have forced TIFF to stream its programming to audiences watching from home, but that means it’s possible to offer them a six-hour experience that can be paused and restarted at their convenience.

And A Suitable Boy isn’t the only television programming playing TIFF 2020: at least some portion of The Third Day, an HBO anthology series that stars Jude Law and Naomie Harris, will premiere at the festival in advance of its September 14 bow on Crave, and CBC is launching Michelle Latimer’s much-anticipated Trickster, an adaptation of author Eden Robinson’s Indigenous supernatural trilogy starring newcomer Joel Oullette, at TIFF.

As of today’s announcement, 46% of the films announced for TIFF 2020 are directed or co-directed by women. Additional special presentations and events will be announced in August.

“The strong representation of women, Black people, Indigenous people, and people of colour among TIFF’s selection reflects the organization’s continuing commitment to normalizing gender parity and racial equality for future generations,” the festival said in its press release.

In addition to Trickster, Latimer will be at the festival with her documentary Inconvenient Indian, which expands on Thomas King’s very personal book about growing up “Indian”, and how North American popular culture shaped his sense of self.

Other Canadian features announced today include Beans, Tracey Deer’s autobiographical drama that examines the 1990 Oka crisis from the perspective of a 12-year-old Mohawk girl; The New Corporation: An Unfortunately Necessary Sequel, which finds Joel Bakan and Jennifer Abbott returning to the subject matter of their 2003 documentary The Corporation, and Night Of The Kings, a drama from Quebec director Philippe Lacôte (Run) set in an Ivory Coast prison.

Aisling Chin-Yee and Chase Joynt’s No Ordinary Man is a documentary about jazz pianist Billy Tipton, who was revealed after his death to have been trans; Pieces Of A Woman is a dark drama from White God director Kornél Mundruczo starring Vanessa Kirby, Shia LaBeouf, Molly Parker and Succession’s Sarah Snook; Shiva Baby, expanded by writer-director Emma Seligman from her 2018 short film, is a comedy of awkward manners about a young woman (Rachel Sennott) who runs into her sugar daddy (Danny Defarri) at a funeral. And two features let actors step behind the camera: the Toronto-shot Falling is a semi-autobiographical drama that marks the directorial debut of actor Viggo Mortensen, while Violation, from Madeleine Sims-Fewer and Dusty Mancinelli, is a psychological thriller about a woman determined to destroy her younger sister’s marriage. Sims-Fewer also stars in the film alongside Jesse LaVercombe and Anna Maguire.

While the major-studio offerings for TIFF 2020 are slim – with the risk of digital piracy rather outweighting the appeal of a fall awards launch – Florian Zeller’s The Father offers a double-bill of Oscar winners, with Anthony Hopkins and Olivia Colman as a father and daughter struggling with his cognitive deterioration.

Other international titles include Roseanne Liang’s Shadow In The Cloud, a WWII thriller with a paranormal twist that stars Chloe Grace Mortez and Nick Robinson; Ben Sharrock’s Limbo, a drama starring Amir El-Masry as a Syrian refugee waiting on a Scottish island while his asylum request is processed, and MLK/FBI, a documentary about the Federal Bureau of Investigation’s surveillance and harassment of Martin Luther King, Jr. directed by Sam Pollard (Sammy Davis Jr.: I’ve Gotta Be Me).

The reduced number of features means there are no sub-programs this year, so films that might have headlined Midnight Madness or TIFF Docs are folded into the main selection.

As expected, a number of the titles announced today are also playing (virtually or otherwise) at fall festivals in Venice, Telluride and New York; with film production shuttered in March, there just aren’t as many movies to fight over for exclusive premieres, and it was announced earlier this month that the usual jockeying for world premieres would be set aside. Earlier this week, Searchlight Pictures announced that Chloé Zhao’s Nomadland, starring Frances McDormand and David Strathairn, would premiere “simultaneously” at TIFF and Venice; Michel Franco’s New Order, Frederick Wiseman’s City Hall, Chaitanya Tamhane’s The Disciple, Gianfranco Rosi’s Notturno and Jasmila Zbanic’s Quo Vadis, Aïda? are also in competition at Venice.

The festival offered no hints at what the specialized “in-person screenings” floated in late June would look like – whether films would be screened at drive-ins or other outdoor venues in the city, or if TIFF was planning to hold screenings in traditional festival venues like the TIFF Bell Lightbox, Roy Thomson Hall or the Elgin. Details are pronised in August.

Another Round (Druk) Thomas Vinterberg | Denmark