Time for white left to speak up on anti-Black racism

Black community allies have adopted the language of class to define the struggles experienced by young Black people, as if race and class are not so intertwined as to be one thing 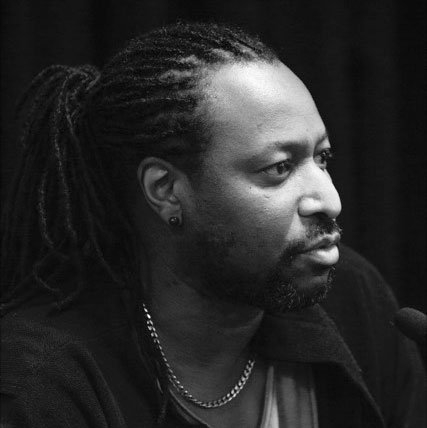 Those headlines – the first quoting then NDP premier Bob Rae, the second over a story authored by longtime lefty political commentator Gerald Caplan – appeared in the Toronto Star on May 6, 1992, a couple of days after the Yonge Street riot, which marked its 25th anniversary earlier this month.

To commemorate it, a new film, It Takes A Riot, premiered at Ryerson. It documents the protest organized against police violence and police acquittals in the deaths of Black people that led to the uprising. It Takes A Riot places more firmly into the public sphere at least one way to think about Black Canadian activism, how it should be assessed and its impacts felt.

A reading of the headlines from back then also captures how the white left imagined (and continues to view) issues of anti-Black racism. Inevitably our situation is compared to a U.S. that is always much worse.

To be sure, in the aftermath of the protest on Yonge, the white left did not immediately see racism as a root cause, despite a rash of police shootings, some nine in a span of a year, involving Black people.

A report in response to the riot commissioned by the Rae government and authored by Stephen Lewis identified the specific language of anti-Black racism to point out reasons why the uprising might have occurred, and Black people’s disenfranchisement from the wider society, especially youth from employment, education and social services.

The report resulted in funding for a number of social service and cultural programs and an enhanced Anti-Racism Secretariat – it has also taken on a mythic quality for some that’s not borne out by Black people’s current reality.

Despite its boldness in calling out anti-Black racism, the leftist Rae government failed to produce any sustained change for Black people.

So I often wonder about the Black community’s allies among the white left. At the local level, there have been significant failures in addressing issues that affect Black people.

It was, for example, a city council led by David Miller, who served as mayor from 2003 to 2010, that gave us the Toronto Anti-Violence Intervention Strategy (or TAVIS).

TAVIS was meant to stem what was understood as a crime wave in Black and poor communities in what was dubbed “the summer of the gun” in 2005. It was TAVIS that accelerated carding, the police practice of stopping, questioning and collecting data mostly from Black people living in those over-policed communities. After years of police targeting and terrorizing, deployment of the rapid-fire force has only recently been re-evaluated.

But TAVIS is not the only legacy bequeathed on the city by a left mayor and council.

It was also that administration that led what has been termed neighbourhood “revitalization.” The much-touted Regent Park redevelopment has been celebrated as a successful example.

Black and poor people have been moved out of their homes, real estate flipped and new housing built, some to accommodate them. What is often not accounted for, however, is how the area’s redevelopment has made it impossible for Black and poor people to return. Or how it has helped fuel a condo boom that’s displacing more people to the now poorer suburbs outside the core.

Regent Park redevelopment is now the blueprint for other revitalization projects (like Alexandra Park and Lawrence Heights) in a core increasingly being emptied out of Black people.

Toronto prides itself on being a diverse city. “Diversity our strength” is our motto, as if repeating it often enough will somehow make inequality disappear.

Black people’s ongoing struggles and calls for justice and the need for groups like Black Lives Matter – Toronto (BLM-TO) clearly pose significant challenges to the feel-good mantra. Across a range of institutions in this city, there exists a tension (if not an antagonism) between the desire of Black people as articulated by groups like BLM-TO and those articulated by the white left.

The white left has arguably been silent on race and indeed racism, adopting instead the language of class to define the struggles experienced by young people, as if race and class are not so intertwined as to be one thing.

So it’s curious to me that in the pages of magazines and newspapers, important city issues are often discussed and written about without the voices of the people affected. “Diversity our strength” is so embedded in the city’s unconscious that a neutered language of race seems preferred. Such language cannot help make the changes necessary.

Lewis named anti-Black racism. Such naming is crucial if the white left is ever to seriously engage in solidarity work with Black activists.

Indeed, the white left in Toronto is also the wealthy left. They, too, are implicated in gentrification and the movement of capital that displaces poor and Black people. Many also occupy positions of power in major institutions like museums, art galleries and universities in which racial diversity is seriously lacking.

How is it possible to conceptualize and put into place such realities?

Or for that matter, the silence by and large on columnist/activist Desmond Cole’s public differences with the Toronto Star?

Cole recently resigned his position with the paper. After he refused to leave last month’s Toronto Police Services Board meeting following a deputation on carding, his bosses at the Star said Cole’s activism stepped over the line.

The white left either does not care or does not have a clue about the conditions that Black poor people are experiencing in this city. And because they do not know, their own politics are deeply ineffectual. Twenty-five years after the Yonge uprising, BLM-TO exists in part because of the failures of the white left’s political imagination.

Rinaldo Walcott is director of the Women and Gender Studies Institute at the University of Toronto. He is the author of Queer Returns: Essays On Multiculturalism, Diaspora And Black Studies (Insomniac Press).