In a city bursting with eco efforts, it can be hard to pick out the best. Here are four new schemes sure to remake the green horizon. 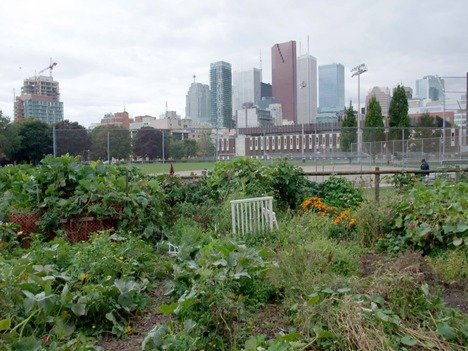 The food picture just keeps getting bigger and bigger. First we fretted about organics and then local and sustainable, and now it’s all about the food system and the way it connects to every facet of city life.

So check out the Board of Health’s Toronto Food Strategy Update, released February 1, which aims to coordinate the city’s many functions through the lens of food security.

Think of it this way: City Hall regulates zoning, controls vending licences, runs parks, maintains roads, pays social assistance, serves food, disposes of food wastes and so much more. What if every decision in every department reflected the goal of a sustainable food system, targeting hunger and unhealthy eating?

Okay, okay, it’s just a report – and these are certainly easy to come by. But this one hopes to get fatter and deeper through a participatory process that ends this summer. (Offer your feedback at toronto.ca/health.)

“It’s important that planners think about how a neighbourhood gets built, not just with fire hydrants and sidewalks, but with a good food store rather than just a Hasty Market,” says Nick Saul, exec director of The Stop Community Food Centre.

Says FoodShare exec director Debbie Field, “This document doesn’t have radical planning stuff in it yet, but each time the city does a report like this, it moves a step forward.”

Looks like the Toronto District School Board is learning its planetary lessons, if its February 16 Go Green: Climate Change Action Plan, is anything to go by.

The board aims to reduce carbon emissions by 20 per cent over 10 years, install solar panels in 20 schools a year and transform underused school grounds into energy hubs and market gardens. Further, the board will scale back garbage pickup to once a week, and plans to use the savings to buttress tree planting and maintenance.

In a case of a perfect teaching moment, Hillcrest Community School is developing a unit on solar energy for junior students to coincide with its installation of photovoltaic panels at the school.

The action plan calls for more projects like the community garden at Sir Sandford Fleming in Lawrence Heights, developed by the PACT Urban Peace Program. “The students bought into it immediately,” says principal Arnold Witt.

Imagine a phalanx of 45 eco animators fanning out into ‘hoods to counsel residents on, oh, just about every aspect of the zero footprint strategy. And we’re not talking about treehugger Annex or big-box-fighting Leslieville either.

Jane-Finch’s Green Change has trained this army of green mentors through a grant from the province and help from the Toronto Region Conservation Authority and Toronto Community Housing. On February 12, the Oakdale Golf and Country Club feted the team, in a partnership across the socio-economic divide.

Later this year, area young people will use their know-how to transform a space provided by TCH into a LEED-certified eco hub.

The name of this game, says Rosemarie Powell of the Jane Finch Green Jobs Coalition is to connect enviro consciousness and equity to ensure the green revolution is an inclusive one. “We’re ensuring we have training opportunities for our residents,” she says. 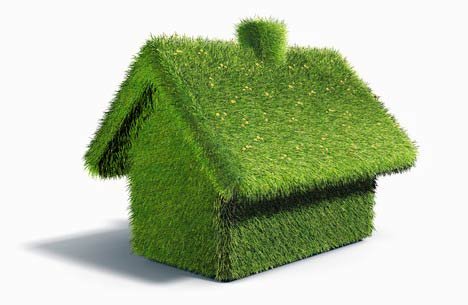 Anyone who’s flown out of Pearson knows the area has a lot of roofs. Where air travellers see flat, grey expanses of commercial and industrial buildings, Partners in Project Green sees an opportunity. This month, the group launched Cool Rexdale, a program to convert some of those acres of tar and gravel into green roofs – while providing local youth with jobs in the burgeoning eco-roof industry.

Companies in the area are encouraged to retrofit roofs, financed in part through the city’s Eco-Roof Incentive Program. “We’re trying to recruit young people from the neighbourhood interested in becoming roofing apprentices, says Chris Rickett of Toronto and Region Conservation, which is leading the project.