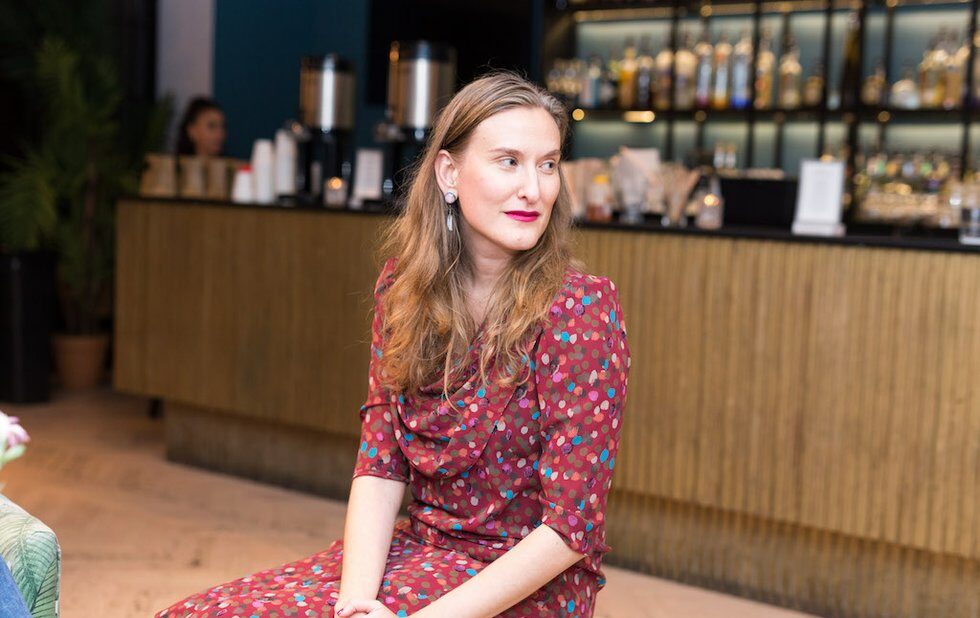 Odessa Paloma Parker, Head of Content for Tokyo Smoke, says the development of cannabis brands for women aims to tap into their specific health concerns.

Van der Pop, the Seattle-based “cannabis digest for discerning women,” have teamed up with Canadian licensed producer WeedMD to create a line of medical marijuana strains targeted to women.

A sister company of Tokyo Smoke, the high-end coffee shop and lifestyle brand that currently has four retail stores in Toronto (and plans to open more in Calgary and Hamilton), Van der Pop announced its collaboration with WeedMD – and the release of two strains, Cloudburst and Eclipse – at a Women And Weed speaker series event at the Addisons Residence earlier this month.

Odessa Paloma Parker, head of content for Tokyo Smoke, says “we’re really trying to tap into what concerns and needs women are trying to address, because they are different than men’s.”

Van der Pop has been a reliable source of information on marijuana through its various speakers series, online advice column Dear Vandy and one of the most interactive and popular Instagram feeds in the cannabis world. So providing women an access point for their medical cannabis needs seemed a logical – and strategic – next step.

With Canadian licensed producers like WeedMD barred from marketing and advertising, pairing with Van der Pop affords association with a recognizable and relevant brand for women. Tokyo Smoke, which acquired Van der Pop in February, also has its own pot partnership with the Leamington, Ontario-based licensed producer Aphria.

Panels at the launch had tongue-in-cheek names like Weed: Where To Start and On A Roll: Weed’s Past Present And Future and featured a number of women who are “making it” in the weed field.

Among the most compelling speakers was Dr. Biljana Kostovic, a pain doctor from Etobicoke General Hospital who once doubted the medicinal uses of cannabis but changed her mind after a few of her patients opened up about their interest in it. “I felt it was my obligation to do more research,” she tells the audience.

Kostovic says what she found when she ventured online to gather information was “just unbelievable.” She now helps hundreds of her patients negotiate the intricate process of treating their wide-ranging conditions with cannabis – something she says is harder to dose but worth the challenge.

She says she hopes more licensed producers use their profits to fund studies, which she says are very expensive and necessary for the future of cannabis medicine.

Others among the women-only gathering came just as much to network as to learn about advances in medical cannabis.

Jodie Epstein, founder of Migraine Buds, an online support group for migraine sufferers, tells NOW she is hoping to launch a migraine study with the Canadian Institute for Medical Advancement and that Van der Pop’s Women and Weed event was a great opportunity to discover new brands and ideas, but most importantly “to meet future collaborators and to learn from those who have blazed a trail before us.”

Other attendees were greener to cannabis, dipping their toes in for the very first time. Many didn’t want to give their name but say they attended because they were sick of the usual boys club they see in their current careers, whether it’s tech, finance or even fashion and beauty.

During the panel Green Is The New Black: Weed In Fashion, Beauty & Design, Berkeley Poole, creative director for Tokyo Smoke (formerly with Barney’s New York), and Brandi Leifso of Evio Beauty shared just how frustrating it can be to work within a male-dominated industry.

Leifso, who started her beauty cosmetics company while living at a women’s shelter, recently partnered with BC-based licensed producer DOJA with hopes of hitting the cannabis beauty space come legalization. She ignited the room when she presented data on the growing influence of women in the weed industry. “I do not think you will see that in any other industry right now,” Leifso says.

Leifso’s stats are only bound to get more applause-worthy.