Hundreds of activists and weed users gathered at Nathan Phillips Square for the 420 rally. We asked a few of them what they thought about marijuana legalization 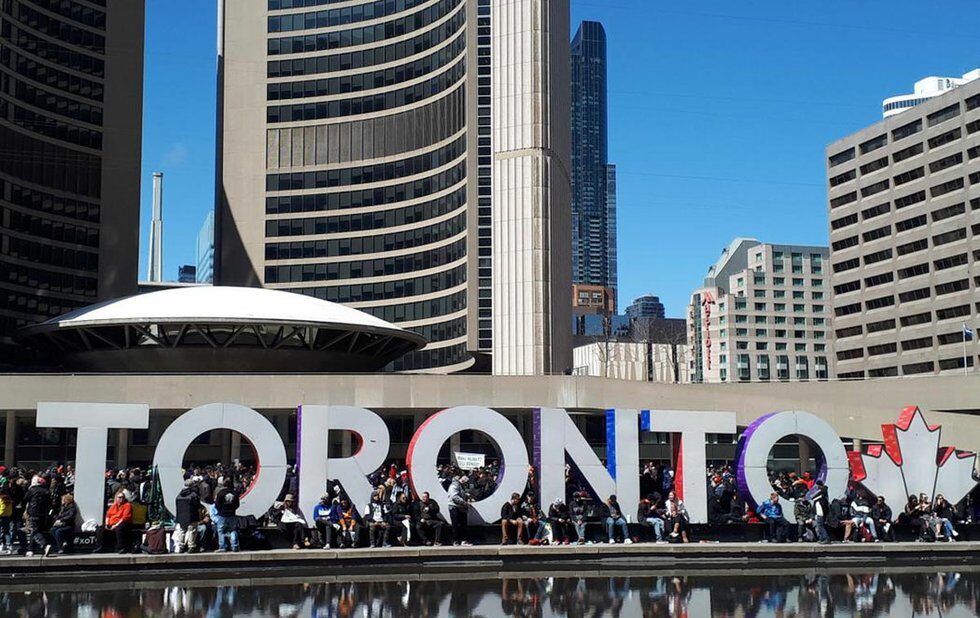 Hundreds of cannabis enthusiasts gathered at Nathan Phillips Square for 420, despite not having a permit for the 2018 rally.

Last Friday marked the final 420 rally before cannabis legalization in Canada, and Toronto stoners made sure things went out with a bang. Pot enthusiasts of all ages filled Nathan Phillips Square with their energy and with smoke — a bold choice considering event organizers were unable to obtain a permit this year. Security guards and bicycle-mounted police officers dotted the square as well.

Despite police presence, the vibe of the day was largely celebratory. Some people brought their dogs and children, and as usual, some wore flashy, marijuana-themed costumes (one guy even came dressed as Bongman, Superman’s cannabis-friendly counterpart). Bob Marley blasted over the loudspeakers as vendors quietly sold their edibles.

Guertin, who lives in Kensington Market, is very excited about legalization. While he’s been smoking pot recreationally since he was 14, he more recently began using it for medical purposes.

“The government’s been wasting a lot of time arresting people they shouldn’t be arresting them for,” he said, adding that the fentanyl crisis is a drug-related issue much more deserving of police resources. 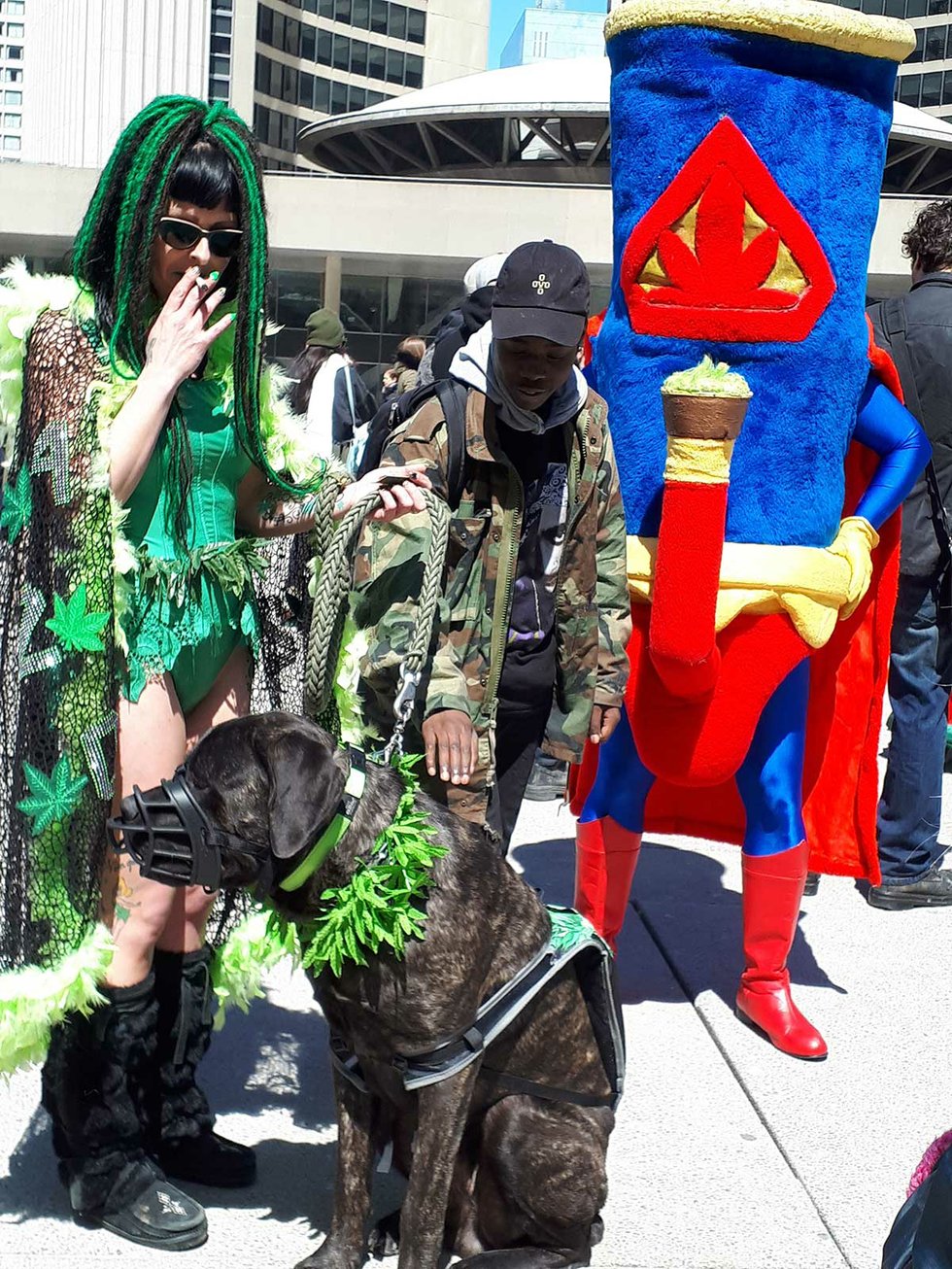 Cannabis fans hang out with Bongman at Toronto’s 420 rally.

However, not everyone at the rally was thrilled about legalization. Tracy Curlie, a medical marijuana patient and long-time pot activist, has been attending 420 rallies for over a decade. When she stepped up to the speaker’s podium, she encouraged the crowd to boycott the Ontario Cannabis Store.

“The only thing Ontario Cannabis Store stands for is ‘Ontario Cannabis Sucks,’ unless it’s grown by us,” she said. Instead, she urged folks to continue buying pot from local dealers and dispensaries, even after legalization.

“How fucking dare any of these bastards come in here now, after calling me a criminal for 15 fucking years, and tell me they’re just businessmen?” Curlie added, referring to people like former federal cabinet minister Julian Fantino, who’ve historically opposed marijuana but are now trying to cash in.

Curlie said the government’s plan doesn’t take into account the needs of patients. She pointed out the current flaws with the medical marijuana system, arguing that Ontario’s government isn’t prepared to roll out full-fledged legalization.

“I can get a gun license in this country faster than [I can] renew my medical marijuana authorization,” she said.

Others were able to find some middle ground. Rebecca Holzman, a long-time recreational user, said she is cautiously optimistic about legalization. She told NOW that while the OCS is “kind of ridiculous,” she hopes that accessibility will help reduce the stigma around those who consume weed.

The hundreds gathered at Toronto’s 420 rally made it clear that cannabis culture is stronger than ever, and that legalization will hopefully only add to the growing awareness of marijuana’s many diverse uses.