Will Toronto ever lose its basement bathroom problem?

Haily Butler-Henderson filed a human rights complaint after a bar owner allegedly wouldn't let her use the washroom. The complaint raises an obvious question: why are so many of the city's bathrooms in basements, anyway? 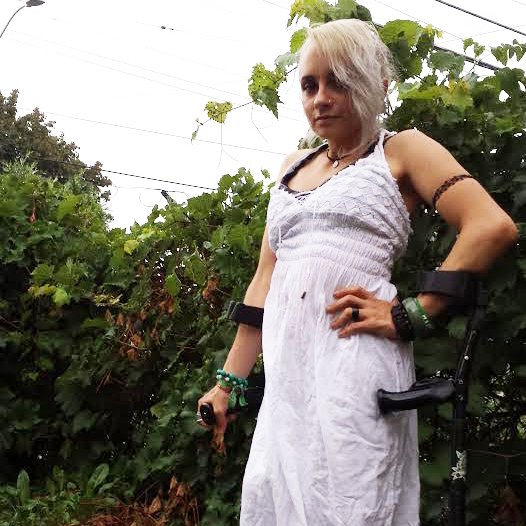 A 2009 lawsuit may explain why staff at The Pentagram Grill barred a woman with spina bifida from using their washroom and now face an Ontario Human Rights Complaint.

In August of 2016, 24-year-old Haily Butler-Henderson recounted the incident to NOW Magazine that led her to file a complaint with the Ontario Human Rights Tribunal. Although efforts to reach the owner of the Pentagram have been unsuccessful, court documents show that in the early morning of November 1, 2007, Frank Willis arrived at the bar after drinking heavily at various bars along the Danforth. He went to use the same basement washroom Butler-Henderson encountered – and became a quadriplegic after falling down the stairs on his way there. The Pentagram was sued as a result. So did they block Butler-Henderson from using the washroom due to concern for their own liability?

Butler-Henderson says that, in her case, it doesn’t excuse the behaviour of Pentagram staff.

“I could’ve maybe understood their actions if they were coming from a place of complete ignorance and they genuinely thought, ‘I don’t want this disabled person to fall down the stairs.’ But they treated me like that because they were scared of themselves getting screwed over. It had nothing to do with my safety at all and that angers me a little bit more,” she says.

Lorin MacDonald, the lawyer representing Butler-Henderson in her claim, agrees that the Pentagram’s previous experiences changed nothing when it came to filing the current human rights complaint against them.

“The previous lawsuit relates to a personal injury matter. Haily’s application relates to an alleged violation of the Ontario Human Rights Code. Also, the personal injury matter relates to over-serving a patron with alcohol Haily was not intoxicated, nor was she served alcohol,” she says. “If anything, the respondents would have been made aware of their responsibility to protect patrons from dangerous conditions and improvements may have been made since that time, as the stairwell was well lit with handrails on both sides.”

Neither Haily Butler-Henderson, Frank Willis nor The Pentagram Bar and Grill would be in the situations they are in if the bathroom wasn’t in their basement, at the bottom of a long flight of stairs – just one of many spots with this configuration. So why are washrooms in basements down stairs so common in Toronto?

“Restaurants in Toronto are often on main streets and in older buildings,” says Bruce Hawkins, spokesperson for City Planning at Toronto City Hall. “These buildings were built in accordance with the building code or municipal bylaw at the time of construction.”

“We are committed to an accessible Ontario by 2025,” says a spokesperson for the Accessibility Directorate of Ontario. “The AODA was designed to make the province accessible as soon as possible, while also keeping in mind the needs of businesses and organizations that support our economy and society. Accessibility initiatives are being phased in to allow organizations time to build them into regular business planning cycles.”

The hope is that through education, outreach, training and various free resources designed to help business owners, including a help desk, website, training videos, policy guidelines and templates, attitudes will change and business owners will willingly make their establishments more accessible.

But extensive renovations are expensive and even a Toronto city report in response to a building accessibility consultation acknowledges the aging building stock in Toronto and how many of these buildings do not have enough physical area to put ramps, elevators or accessible washrooms.

Still, if you ask Haily Butler-Henderson, these aren’t excuses for denying a disabled person use of the bathroom.

“The answer to that is not denying disabled people the bathroom,” she says. “The answer to that is finding more sustainable ways to get them to the bathroom safely. I don’t know what kind of costs would be involved in that, I’m not a business owner, but they can start by asking them politely if they want help. Yelling in my face and telling me to leave because your business screwed up in the past was not the way to go about it.”