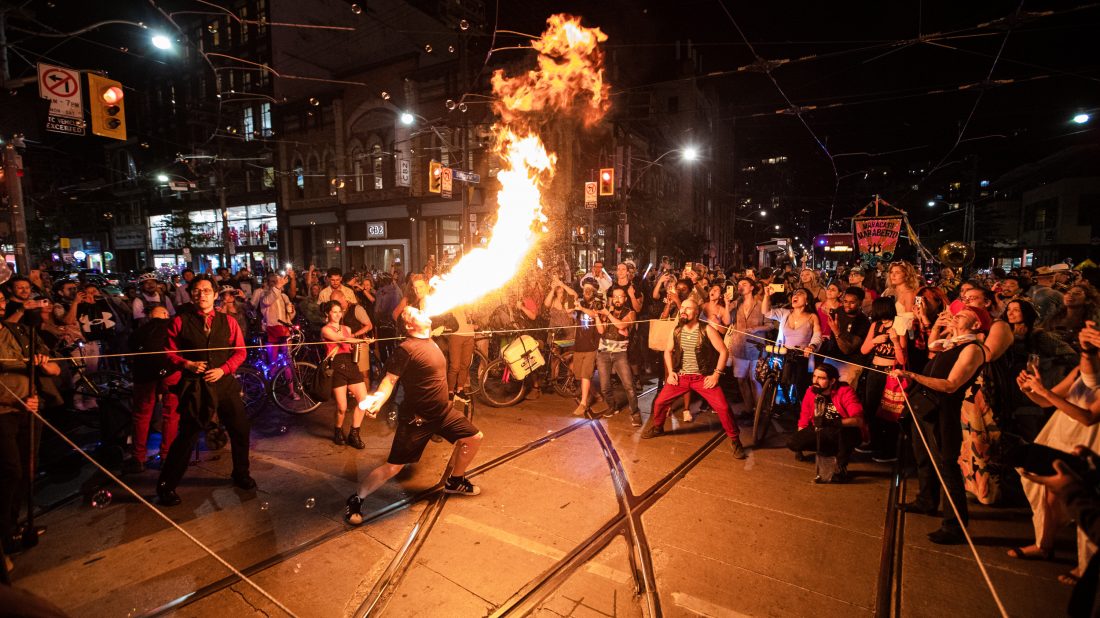 On August 14, 2003, a software bug plunged 55 million people into darkness east from New York City, west to Windsor, Ontario. In Toronto, over 4 million people were affected by the mid-afternoon outage. As the sun went down and Toronto truly went dark, neighbourhoods came alive with bonfires, conversations, cookouts and music. Neighbours meeting for the first time pooled resources and rode out the blackout together.

In 2005, people began coming together to relive that magic at the super-secret Blackout Party. The tradition continued until the COVID-19 pandemic postponed the yearly celebration. This year, on the blackout’s 19th anniversary, hundreds of Torontonians marched from Trinity Bellwoods to Alexandra Park drumming, dancing and breathing fire to celebrate the community spirit revealed by the blackout.

A picnic and jam session started off the evening’s festivities!

The Neon Riders led a mass bike ride through the streets as the remainder of the party began to march.

Travelling down Queen Street, hundreds of people drummed and danced their way east.

The parade paused at Bathurst and Queen for some light fire breathing.

The parade wove down residential streets on its way to Alexandra park.

As the party settled around the baseball diamond, park lamps were blacked-out to recreated the experience of August 14, 2003.