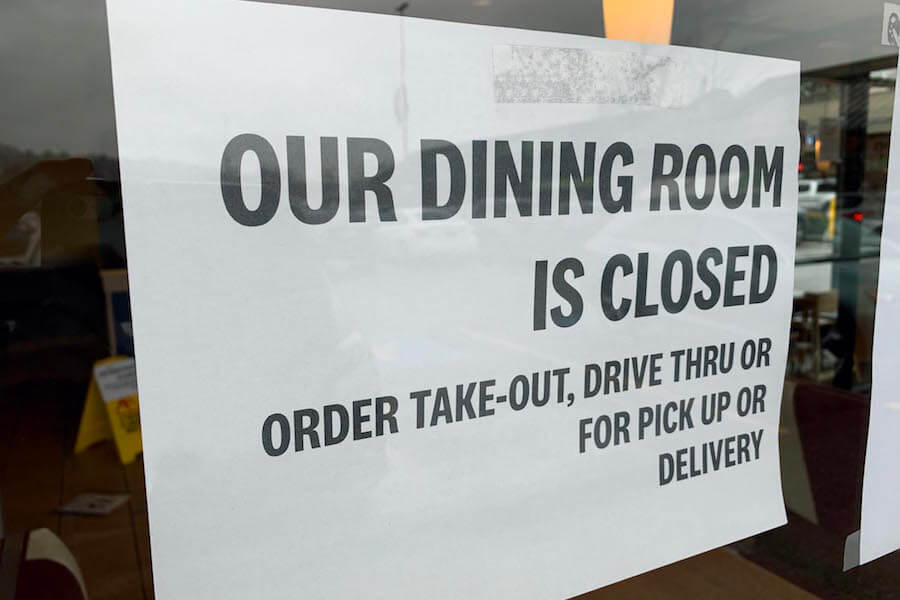 Toronto city council will consider a motion to ask the province to temporarily cap the commission fees restaurants pay to food delivery apps such as Uber Eats.

Ford plans to table the motion when council meets this week on October 27-28.

The motion does not spell out a specific cap, but notes the city of Los Angeles temporarily capped fees at 15 per cent of the purchase price of a food order.

Other U.S. cities, including New York, Chicago, Seattle, Jersey City and San Francisco, have enacted temporary caps since the pandemic began this past spring.

“The City of Toronto does not have the municipal authority to regulate food delivery services companies or cap the fees they charge,” Ford’s motion reads.

It adds that small businesses are hit harder by such fees since larger restaurant chains are able to leverage a break on commission rates.

“This item is urgent as small/independently owned restaurants continue to face substantial financial hardships each and every day, and we as a government must be adaptive to the ongoing COVID-19 pandemic,” the motion continues.

Ford’s uncle, Premier Doug Ford, has already called on delivery apps to slash commission rates. So far, response from the tech sector has been mixed.

Uber Canada cut the “delivery-only” commission on Uber Eats orders restaurants process themselves from 15 to 7.5 per cent, though orders consumers make using the app will remain the same. The company also extended a zero per cent commission on pick-up orders until March 31, 2021.

Some delivery apps charge restaurants up to 30 per cent commissions on food orders.

Asked about Ford’s motion, a rep for Uber Canada reiterated that the company is operating at negative margins “so solutions must be sustainable for all sides of the marketplace long-term.”

South of the border, news outlets have reported that Uber retaliated to commission caps by passing the fees on to consumers, reducing its service radius or cutting off service to specific areas.

This week at Toronto City Council, I will be tabling a motion calling on the Province of Ontario to cap the commission fees on food delivery service companies.

Amid the indoor dining closure, pressure is mounting on governments to help struggling restaurants and bars, especially as Toronto’s popular curb-lane patio program begins to wind down.

The Ontario government temporarily suspended indoor dining in Toronto, Peel, York and Ottawa in response to surging COVID-19 cases. The measure is in effect in Toronto for 28 days until November 11.

However, restaurant and hospitality industry groups have criticized the shut down as overkill and are pushing all levels of government to find ways to regain consumer confidence in indoor dining as winter approaches.

On Monday, Mayor John Tory said during a city hall press conference that he asked Medical Officer of Health Eileen de Villa to prepare as series of “post-28 day scenarios, which, if circumstances permit, we would have ready to implement right away.”

The province would have to agree to the reopening scenarios, he said, adding that he has been discussing a post-Stage 2 plan with Premier Ford.

The mayor went on to say he asked de Villa to make sure that “at least one scenario sees us reopen at that time – reopen those institutions and establishments that are closed – but with whatever conditions are necessary to do so safely and ideally to remain open thereafter.”

Tory drew comparison to the reopening of schools, which have stayed open throughout modified Stage 2.

To date, there have been 1,770 COVID-19 cases in schools across Ontario. There are 548 schools province-wide with reported cases currently and no schools are currently closed.

He also said enforcement will be an issue once restaurants reopen, and said the city could learn from enforcement of prohibitions of smoking and underage drinking.

“We need a safe and more certain path forward for restaurants and other business establishments,” Tory said, cautioning that he can’t say for sure whether the city will adopt the scenarios on “day 29,” only that the plans will be ready.

Last week, Restaurants Canada estimated that indoor dining closures in Toronto, Peel and Ottawa resulted will result in sales losses of up to 80 per cent for full-service restaurants and more than 40 per cent for fast-food spots.

The group also expects job losses of 133,000 in Toronto as a result of the shut down.

Though province reported its highest daily increase in new cases on Sunday, city and provincial public health officials have said Ontario has yet to see the full impact of the modified Stage 2 restrictions.