Instead of correcting for the deep social, economic and political disadvantages of racism and sexism, media compound them by ignoring racialized candidates 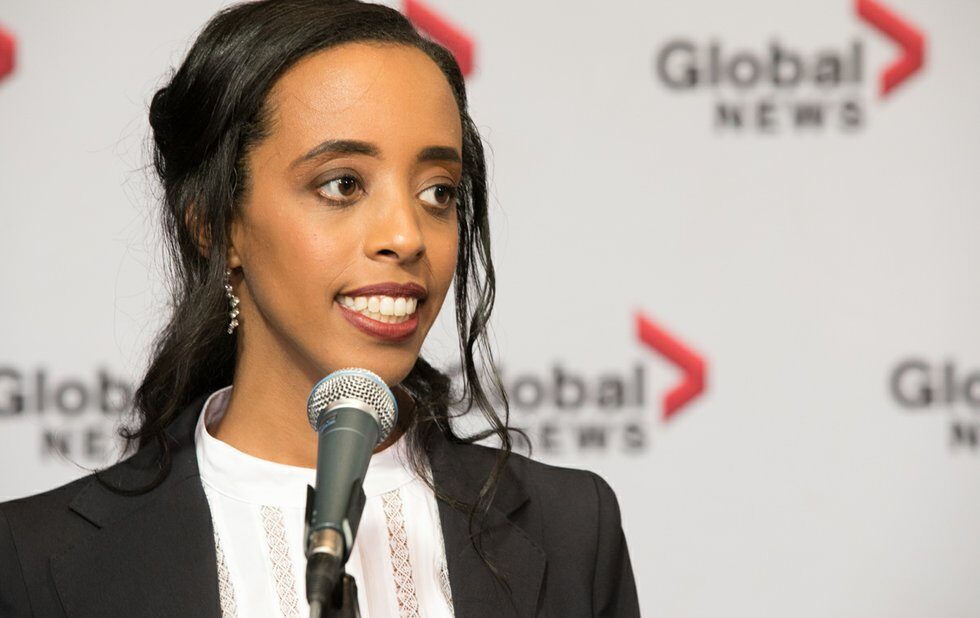 Thirty-five candidates have registered to run for mayor of Toronto, including many who have long histories working in and with communities that are consistently marginalized in the city’s politics while bearing the brunt of its violence.

Reporting on the Toronto mayoral election as a two-horse race not only anticipates the election’s outcome, but fundamentally skews it.

The Globe and Mail’s recent election explainer identifies Tory and Keesmaat as candidates, not even bothering to mention any of the 33 others running.

The Toronto Star’s “election promise tracker” details Tory’s and Keesmaat’s pledges on housing, arts and culture, public safety, street safety, taxes and transit, but excludes the positions of all other candidates, including those with far more progressive stances.

Narcity’s list of the “11 most notable people running for mayor of Toronto,” meanwhile, features two neo-Nazis – James Sears and Chris Brosky – alongside Tory and Keesmaat, but no women of colour in the race.

And yet the Sun’s headline named only Tory and Keesmaat as debate participants, as did headlines in the Globe and Mail and CBC, whose subsequent coverage went as far as to opine that the “debates should be one-on-one contests between Tory and Keesmaat, with no other candidates on stage,” despite acknowledging that “Keesmaat could stand to learn a thing or two from Gebresellassi… as a candidate also running against the status quo.”

Perversely, white supremacist and former Rebel Media personality Faith Goldy attracted more media attention for storming the debate stage uninvited. Media’s fascination with the political theatre of the extreme right has given her an outsized presence in the race.

During his 2016 presidential run, Donald Trump’s success was at least partially attributable to the free coverage he received – more than Hillary Clinton, Bernie Sanders and the other Republican leadership contenders combined – from a media captivated by his antics.

Academic studies consistently find that women and racialized candidates receive less media coverage than their white male counterparts, and that the coverage they do receive is more negative in tone and more focused on their identities and personalities rather than their policies.

Instead of correcting for the deep social, economic and political disadvantages of racism and sexism, media compound them. When progressive women of colour win elections, it is in spite of the formidable array of forces stacked against them.

When our political and media establishments function as an affirmative-action program for the most privileged, how can we be surprised that inequality remains intractable?

Toronto brands itself as one of the most multicultural cities in the world. More than half of Toronto’s inhabitants identify as racialized. But the image of pluralism is belied by the reality of hierarchy and exclusion. In its 184-year history, the city has had only two women mayors, and not a single non-white mayor.

Of the 45 members currently on Toronto council, only six are racialized, fewer than a third are women, and only one is a racialized woman. There are no Indigenous, trans or disabled councillors.

Racialized politicians are even more severely under-represented in municipal politics than they are in federal and provincial legislatures – an imbalance that will only be exacerbated by Ontario Premier Doug Ford’s decision to cut city council in half in the middle of the election, which has caused many candidates of colour to decide not to run.

In Toronto, police harassment and brutality against those who are racialized, poor and mentally ill is endemic, the cost of living is exorbitant, transit is physically and financially inaccessible, much of public housing is barely habitable and child poverty rates, particularly for racialized families, are higher than in any other municipality in Canada.

In the mayoral debates, Gebresellassi has called for deflating of the bloated police budget, the reallocation of resources toward grossly underfunded social and cultural programs and free transit and liveable housing as human rights.

These vital proposals should be front and centre in media discourse on the election, not relegated to side-show status. This is particularly important since, as the Toronto Star editorial board has pointed out recently, “on matters of substance [Tory and Keesmaat are] actually a lot closer than either would admit.”

The sidelining of progressive candidates in media coverage artificially constricts the spectrum of political possibility.

Shrinking the window of imaginable politics harms all of us – first and foremost the communities long suffocating under Toronto’s deeply entrenched inequality.

Azeezah Kanji is a legal academic and writer based in Toronto.