Toronto Election 2018: The inconvenient truth is that our progressive politics is mostly white 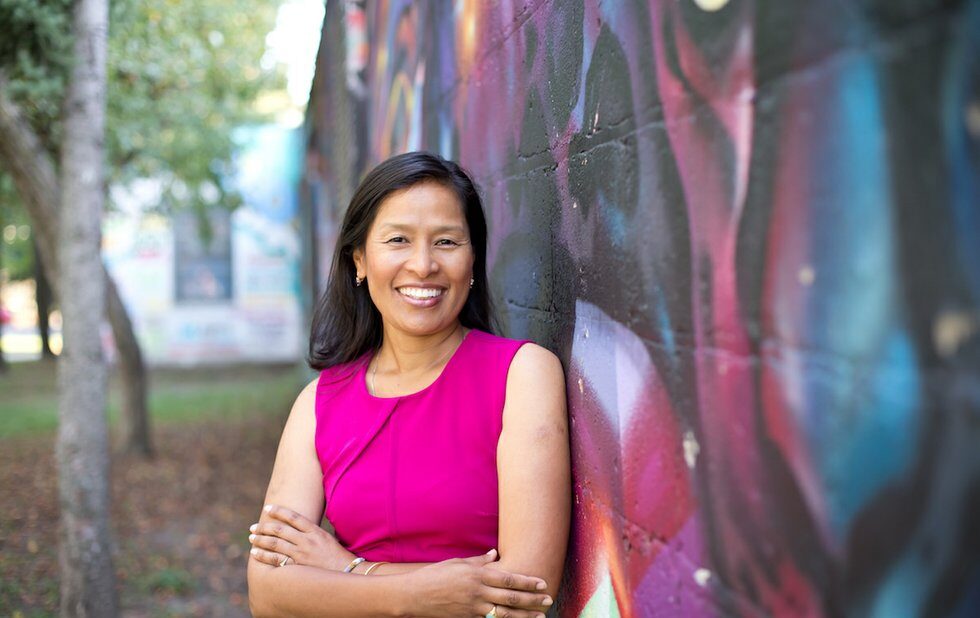 Premier Doug Ford’s sudden decision to reduce Toronto city council by half, and the subsequent maelstrom that followed, cast a deep pall on the municipal campaign season. Whether it was the incessant stream of updates on CP24 or #TOpoli Twitter, the news felt overwhelming at times.

Except for that brief moment of reprieve when Justice Edward Belobaba overturned Ford’s diktat, the regressive PC machine roared on. And now, Torontonians are heading to the polls somewhat in a daze. We will be voting for a city council that is still stinging from the slap that Ford delivered, infantilized by an abusive parent, to paraphrase Toronto Star columnist Martin Regg Cohn.

For me, this campaign season revealed another aspect of our municipal politics: the issue of progressive representation and how it will be further distorted in this new incarnation of city council.

As a candidate in Parkdale-High Park, one of the city’s progressive strongholds, it became clear to me that gender equity and diversity – values that are supposed to be intrinsic to progressive politics – still have a long way to go.

Consider that since 1909, Parkdale has had only two women representing us at city hall. In the nearly 110 years that this neighbourhood has existed as a municipal ward in one configuration or another, a grand total of 15 years featured a woman councillor. Were it not for the years that May Robinson served (from 1951 to 1962), Parkdale would claim just one female councillor (Sylvia Watson) and the three years she served (2003-2006).

How many men served as Parkdale’s representative in that time? Twenty-six.

If in the unlikely event David Ginsberg, one of the Parkdale-High Park candidates who unironically brands himself as a “voice for change”, prevails and captures the seat in this election, Parkdale-High Park would have had more councillors named David (David Miller and David Spence) than women councillors.

Should I tell you the number of racialized councillors we’ve had in that time? Zero.

Gord Perks, the area’s incumbent councillor, is one the most prominent progressive voices at city hall. He has served three terms. A child who started elementary school in the year that Perks began his council tenure (2006) would now have graduated from high school. She would have known only one face during that time representing her at city hall. If Perks wins a fourth time, she will have graduated from university or college.

We don’t like to acknowledge this, but politics is a zero-sum game. The fact that Sarah Doucette, the other councillor incumbent for Parkdale-High Park, withdrew from this election to make room for Perks is significant.

Shortly after I graduated from Delhi University, I worked as a teacher in a refugee school in Bir in Northern India. I taught economics and English. Many of the students were adults, all of them newly arrived from Tibet.

From breaking down grammar rules to breaking up knife fights in the schoolyard, it was a life-altering couple of years that made me keenly aware of the spaces I had to negotiate as a woman educator. Whether it was my colleagues or my students not taking me seriously at first, I had to work twice as hard to prove I belonged. It eventually dawned on them that this was a reality that they, not I, had to adjust to. I felt the resistance, but by sticking with it (despite the pleas from my parents to return home), I finally got acknowledgment for the role I occupied in that school.

For many of the students, this was the first time they had studied inside a classroom. Seeing a woman standing in front of them as their teacher taught them about gender equity better than any textbook could.

This theme followed me around during the 14 years I have worked as a settlement worker and community organizer in Parkdale.

Persistence mixed with praxis is key for the progressive soul of Toronto to remain intact. Toronto deserves to see more faces that they identify with at city hall.

Shortly after I registered to run, a resident from Parkdale-High Park who founded a feminist-themed podcast told a campaign worker she was disappointed that I was running. Perks is one of the strongest progressive champions we have, she said.

But how progressive are we if we’ve had white men telling us what we need to do for 100 years in Parkdale?

Progress is measured by how much we achieve in social justice and equity. They are also enlivened by our insistence that things can change. That something better is always worth fighting for, even if it means tackling inconvenient truths.

Not only can we imagine the possibilities of progress, we can also realize them.

Kalsang Dolma is a candidate for council in Parkdale-High Park (Ward 4). @kalsangdolmaTO