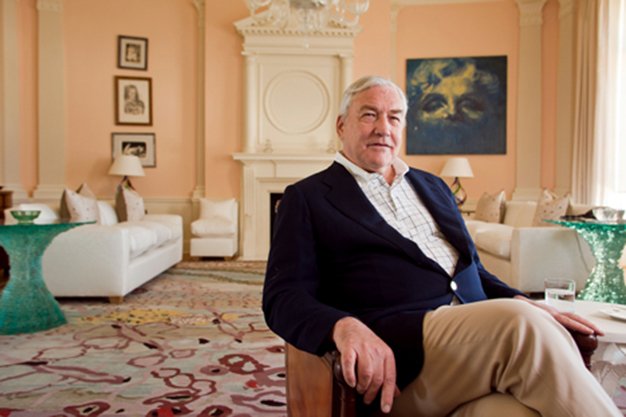 I have to admit that I actually feel sorry for Conrad Black.

I have known him for many years and whatever the man is, and whatever he has done, even his fiercest critics would have to agree that here was a figure of genuine learning and intelligence.

But many of his recent musings have verged on the embarrassing. Whether he is praising the risible Donald Trump or taking a predictably right-wing view on topic after topic, it all seems contrived.

The whole point of being a contrarian is to be authentically counter-cultural and surprising. Black has become comfortably reactionary.

His defence in the weekend Post of the far-right political performer (and fringe mayoral candidate) Faith Goldy, who has been close to Black for a number of years, is laughable.

Under the headline Nothing Faith Goldy Has Done Warrants This Assault On Her Campaign, Black writes in the newspaper that he founded and once owned that the media’s portrayal of Goldy “as a white supremacist, and use of that unfounded characterization to blackball her from candidates’ debates, and ban her advertisements from CTV is outrageous.”

In his column, Black drops that he bumped into Mayor John Tory last week and that the mayor “did not disagree with my contemptuous views of the attempts to silence [Goldy’s campaign]. Except, that’s not the way Tory remembers the conversation. His campaign issued a statement disputing Black’s version.

Black argues in his piece that “in the same measure that a civilized society must not tolerate racial discrimination, nor can it tolerate the false and wilful imputation of repulsive attitudes to someone who does not hold them.”

Now just hold on one black-shirted moment. The “portrayal” of Goldy as a white supremacist is entirely one of her own making. Goldy has spoken of “white genocide” and repeatedly makes the most appalling comments about Islam, race and immigration.

Yet Black presents her as some innocent abroad unaware of what she is saying, a victim of “self-inflicted wounds,” the most grievous of those occurring “when Goldy made, as she has admitted, a terrible mistake, and appeared on a podcast conducted by a white supremacist organization, The Daily Stormer.”

Goldy is, whatever one thinks of her, highly intelligent and very savvy in these areas. Truth cries out to be heard, and it’s impossible to believe that she didn’t realize what the Daily Stormer is or the sheer stink of its reputation. It’s fantasy to believe she was callow and naive when making numerous provocative and irresponsible comments, and rallying the alt-right in Canada around her extremist views.

Black’s infatuation is silly and sad. The once-influential media magnate is not really a major figure these days.

Lower down the food chain, columnists at the PostMedia-owned Toronto Sun, in particular Joe Warmington, have also been apologists for Goldy.

I wrote a column for the Sun newspapers for many years and was always treated with respect and kindness. There are still some very fine journalists at the paper, but many have been surprised at the way hyperbole has turned into hysteria in a series of post-journalistic screams at what is seen as the metaphorical sky falling over the issue of immigration, and specifically Muslim immigration.

Warmington told people to “go easy” on Goldy as she was “a good kid.” She’s almost 30, not some teenager living in a basement.

Last week Warmington tweeted that in the race for mayor, it was highly unusual for a Forum poll to show “another candidate” polling at 15 per cent. “Who is that polling at 15 per cent?” he asked. The implication seemed clear. Except, the number simply represents all voters who said they will be voting for a candidate other than frontrunners John Tory and Jennifer Keesmaat.

We know there are journalists at the National Post and Sun who are far from comfortable with what Black or Warmington write in general – specifically about a candidate who, while fired from the Rebel, is often more extreme and intolerant in her views than the guy who runs that media platform, the excitable Ezra Levant.

What seems to be happening, however, is an attempt by some in media and politics to slide the entire debate to the right, so that despite not fully endorsing her opinions – most in the conservative movement do not – it can be said that anything less rabid than Goldy’s views is somehow acceptable and, hence, within the realm of healthy debate. That leaves an awful lot of room for racism, Islamophobia and nastiness to breathe deeply and freely. And that, for many on the right, will do very nicely indeed.