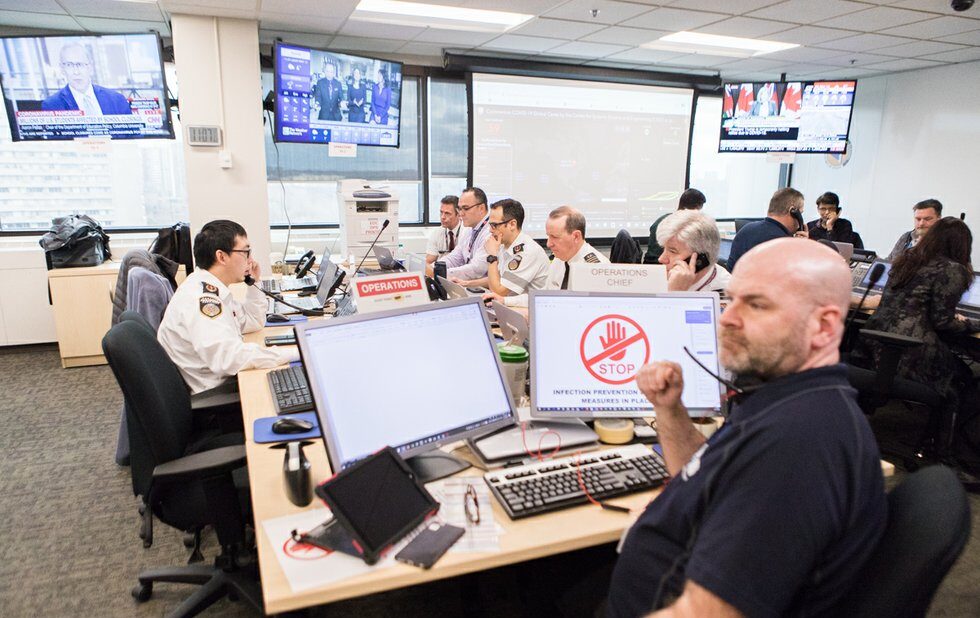 The city of Toronto has activated an “Emergency Operations Centre (EOC)” in response to the coronavirus pandemic.

Toronto Fire Chief Matthew Pegg, who is the city’s general manager of emergency management, is leading the operations and the city’s response to the spread of COVID-19. The team is operating at level two, which means the EOC support staff are working 24 hours a day to coordinate plans between city departments and divisions.

Level two operations were previously activated during the SARS outbreak in 2003, the city-wide blackout in the same year and after 9/11, as well as during extreme weather conditions such as ice storms.

“The decision to move to another level depends on the scope and breadth of the issue,” Pegg said during a press tour of the facility on Friday (March 13). “The prime determining factor is when something moves from a localized circumstance that is being handled by a small number of divisions and that we can control without this type of corporate coordination – these happen all the time.

“At the point where something arises, like COVID-19, that affects the whole city and has the potential to impact every division in the city those are the conditions by which we make the determination to move into the EOC,” he added.

As of March 13, confirmed cases of COVID-19 stand at 41 in Toronto. Ontario public health officials have reported 79 cases province-wide, five of which have been resolved. There are 580 cases under investigation.

On Wednesday, the World Health Organization declared the outbreak a pandemic.

Since then, Ontario’s chief medical officer David Williams recommended large events and public gatherings of over 250 be suspended and said Ontarians should practice social distancing to avoid the spread of coronavirus.

Concerts, sports events, conventions and tourist attractions such as the CN Tower have been cancelled, postponed or closed. Organizers of small events are being directed to consult with local public health officials. 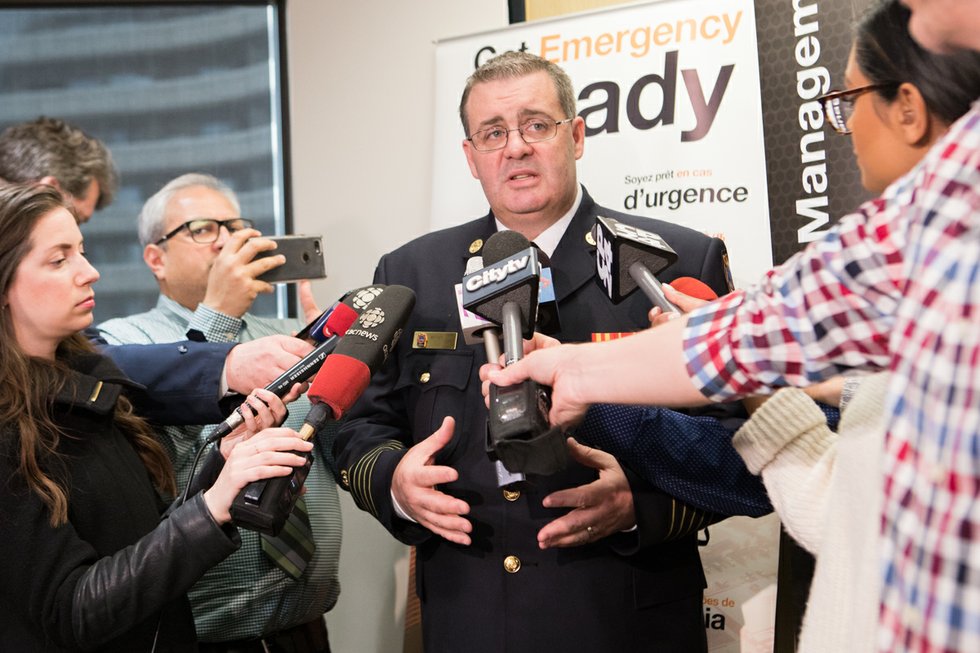 Pegg hopes Torontonians will see the opening of EOC, something that can be activated year-round, as a reassuring sign – not a last-minute, haphazard effort.

“This is not a situation where when these types of incidents or emergencies happen, we have to find or repurpose space. There are systems here designed to manage wide-scale emergencies,” he added. “What I really hope is able to be conveyed is that the city is very well prepared. We have robust plans in place… including this facility, and having personnel from all over coming together to manage this situation.”

The EOC functions much like any control room and includes representatives from all divisions, including transit, fire, legal, medical and waste. Together, they coordinate with those in the field to understand the scope of the crisis, re-prioritize workers, efficiently use city resources and determine whether or not non-essential services need to be scaled back. This structure itself will change as the situation evolves. 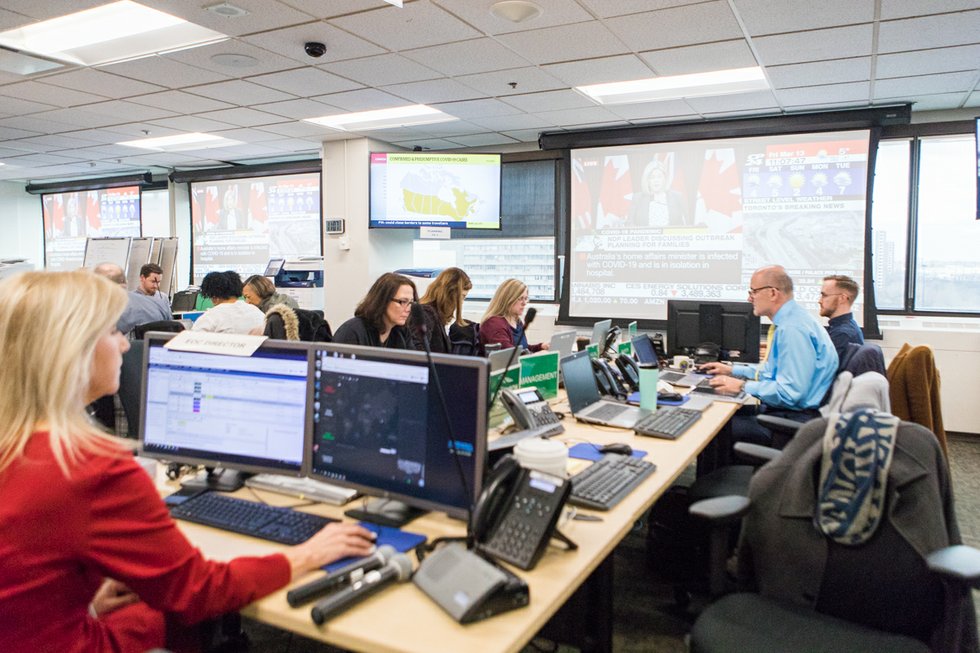 With nearly 50 to 60 people in the room, it may seem counterintuitive to have so many people in one small space 24/7 during a pandemic. But the EOC is following all of the standard precautions mandated by Toronto Public Health.

“It’s important to bring people together to plan proactively,” said Pegg. “This is now the epicentre of the management of Toronto’s engagement in the COVID-19 situation. This has to be a space where we can very quickly convene decision-makers and key leads in an efficient and nimble manner as issues come in.”

Will Toronto have to escalate to rare level three operations? “We don’t envision that at this point. Where we are is where we will be for some time,” he said.