NOW MagazineNewsToronto Islands flood: why is this happening (again)?

Toronto Islands flood: why is this happening (again)?

While a freak spring has pushed lake levels above what closed the park in 2017, stateside attention has turned to the International Joint Commission charged with regulating waterways between Canada and the US 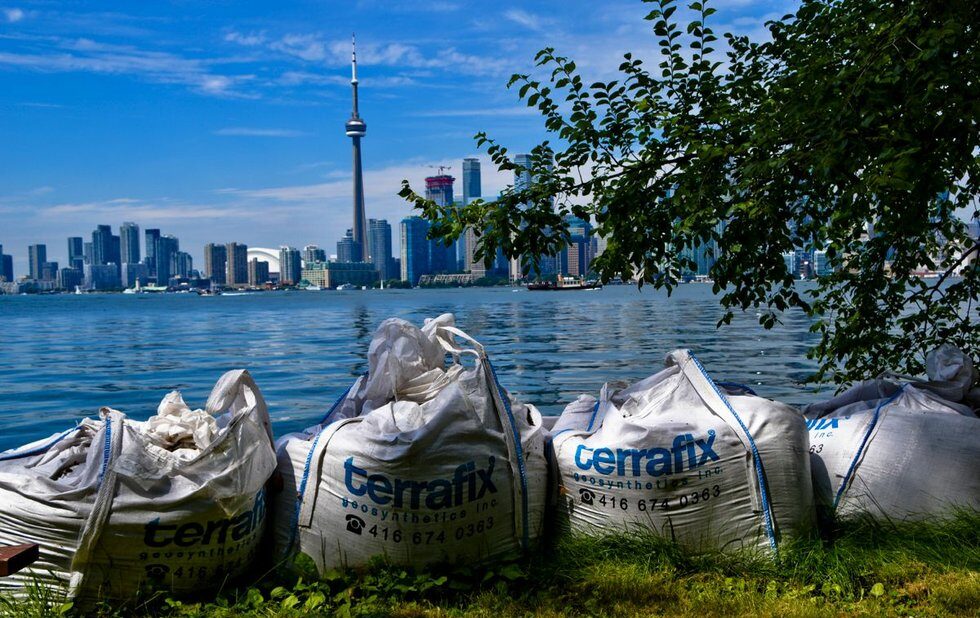 For the second time in three years, flooding is threatening to submerge and shut down the Toronto Islands – the city’s premier weekend retreat.

The park remains open to the public, for now, although ferry service to Hanlan’s Point has been cancelled. And access to both Olympic Island and Snake Island has been closed off.

That the islands have remained open this year despite the high water is in large part due to swift action by the Parks Department and Toronto and Region Conservation Authority (TRCA), which has issued a shoreline hazard warning. The TRCA has also issued a “notice of caution” for the Scarborough Bluffs “due to the ongoing potential for landslides.”

The TRCA is reporting that Lake Ontario water levels have slightly exceeded the 75 metres that closed the park in 2017 but could rise further depending on weather conditions. Once levels peak it will take several more weeks for water to recede. The city seems ready to ride this one out.

“We’re definitely more prepared this time,” says Warren Hoselton, island park supervisor. “The TRCA supplies us with modelling to show the lowest spots. We know which areas are going to be affected.”

The Parks Department installed drainage and pumping infrastructure in the wake of the 2017 flood. Leftover sandbags from that year have been converted into fortifications along the shoreline. Hoselton also credits island residents for their help.

“The community is amazing. They’re always ready to mobilize for action,” he says.

Brad Harley is the director of the island-based theatre group Shadowland. He has been participating in the sandbagging efforts and says he doesn’t relish the flooding becoming a frequent occurrence.

“As somebody who lives on the island, the flooding has had quite a disruptive effect on our daily lives,” he says. “More than that, there are buildings that were built when water levels were lower that aren’t coping well.”

Harley sees houses built in the last decade that have quasi-basements as well as older houses with weak foundations as some of the structures at risk.

Gideon Forman, climate change analyst at the David Suzuki Foundation, says that warmer air caused by global warming is causing freak weather patterns like the higher than average rain seen both this year and in 2017.

Over on the other side of the lake, meanwhile, New York Governor Andrew Cuomo rejects the idea that the rising waters – now the highest in recorded history – are solely an act of nature.

While our elected city and provincial leaders have been silent on this point, the governor has had harsh words for the International Joint Commission (IJC), the group charged with regulating the waterways between Canada and the United States. He’s threatening the IJC with legal action over damages caused to homes and businesses by flooding saying the commission failed to take preventative measures after the 2017 deluge.

The target of Cuomo’s ire has been Plan 2014, implemented by the IJC to mitigate the effects on the ecosystems of Lake Ontario. The plan calls for greater fluctuation in water levels controlled by the International Lake Ontario-St. Lawrence River Board at the Moses-Saunders dam in Cornwall.

Cuomo has been calling for water to be released since February to relieve flooding, noting that the establishment of the plan in January 2017 has coincided with extreme flooding over the last three years.

But Mark Mattson, founder of Lake Ontario Waterkeeper and a member of the IJC water quality board, says that regulating water levels is not so straight forward with the current levels of precipitation. “We’re seeing hundred-year highs, we’re talking 30 to 40 inches, not the five or six inches allowed by the plan.”

While the Great Lakes empty into the Atlantic Ocean via the St. Lawrence River, melting snow and water from freak storms also drain into the waterway. This year’s levels started to deviate from the norm in November 2018 and have risen relentlessly ever since.

In Ontario, where the Ford government has cut flood-management funding in half, the Ministry of Natural Resources says in a statement that “Ontario works closely with the Commission [IJC] and federal, state and provincial governments to ensure Great Lakes strategies take into account the social, economic and environmental sustainability of this important shared resource. Our top priority is the safety of the public and the protection of our communities.”

Hoselton says that the IJC has been assigned a difficult task.

“I appreciate that all of this is super-complicated. There are so many wild cards, so many things that play into the whole management,” he says. “The more water they let out, the more Montreal becomes flooded. I’m thinking you need to get ahead of it in the winter, get it down somewhat or it catches you in the spring.”