NOW MagazineNewsToronto Islands bracing for another flood are Port Lands next?

Toronto Islands bracing for another flood are Port Lands next?

Waterfront Toronto, the agency in charge of development along Toronto’s shoreline, has sent muted messages about the potential effects of rising water levels on waterfront projects 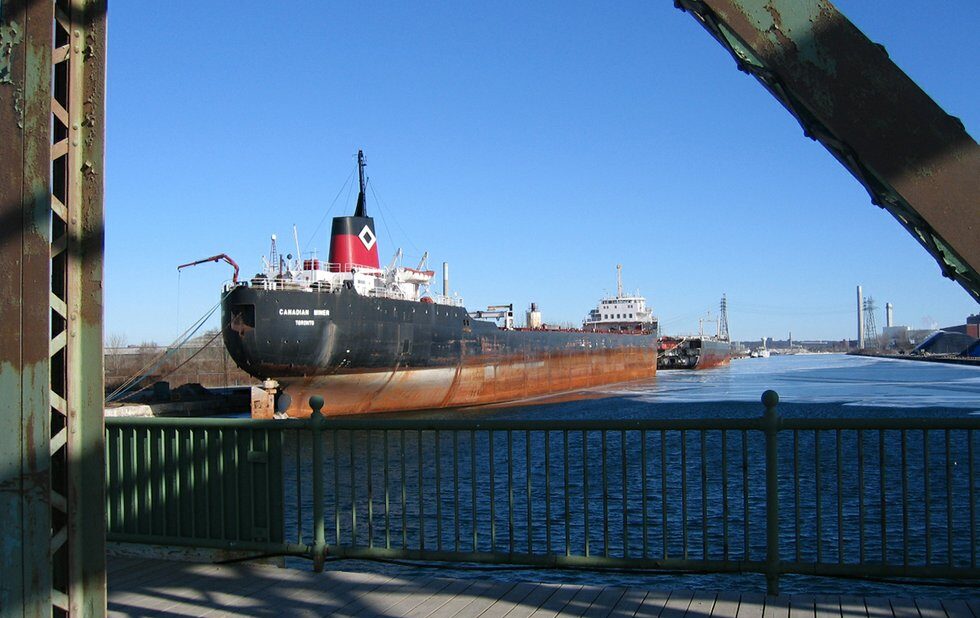 The Toronto Islands Community Association and the York Quay Neighbourhood Association will be holding a public meeting at Harbourfront Centre on March 3 in an effort to rouse residents, and all three levels of government, to take the risks of flooding this spring more seriously.

Cressy, who is the city’s representative on the board of Waterfront Toronto, acknowledged local concerns over rising lake levels in a February 25 blog entry on his website, while noting that the city has contributed $17.9 million and the federal government $11.7 million through the Disaster Mitigation and Adaptation Fund for flood mitigation efforts along Toronto’s waterfront.

The response by officials in Toronto and across Ontario also has been limited compared to New York State where hundreds of millions of dollars have had to be spent to repair flood-stricken areas. And where a new plan adopted by the International Joint Commission in 2017 to regulate water levels in the Great Lakes has come under scrutiny.

The Toronto and Region Conservation Authority (TRCA) published a report last fall that recommends infrastructure in the Toronto Harbour be designed to withstand lake levels of at least 76.2 metres above sea level, which the report says is the new “100-year flood level.” The current requirement is 75.7 metres above sea level, which was put in place several years ago and doesn’t take into account the recent frequent flooding.

Rehana Rajabali, the TRCA’s senior manager of Flood Risk Management, tells NOW that to be truly flood-resilient, mitigation efforts on the Islands, in particular, should be based on the 500-year flood level, which is 76.44 metres. In a few weeks, the TRCA will release a similar report on flood-proofing the Toronto shoreline from Etobicoke to Scarborough.

On the other hand, officials with Waterfront Toronto, the agency in charge of development along Toronto’s shoreline, have sent muted messages about the rising water at public meetings and also in their communication with NOW. To date, for example, Waterfront Toronto has not indicated any urgency in accommodating the rising lake levels in their multi-billion-dollar Port Lands Flood Protection project.

At Waterfront’s December board meeting, the agency’s chief project officer, David Kusturin, mentioned TRCA’s new 100-year flood level but said it’s only a recommendation. Moreover, he described the risk of floods to Waterfront Toronto’s Port Lands plans as “minimal.” That’s because lake levels are highest in the spring and summer. And that the likelihood of a storm that would cause flooding of the Don River, which flows into the waterways of the Port Lands, is highest in the fall.

Despite this, Kusturin says he and the rest of his Port Lands Flood Protection project team are looking at how to accommodate higher water levels.

“The designs we’re doing reflect a lower water table and a lower lake level, so it [higher water levels] affects how we deal with stormwater, it potentially affects dock walls, it affects cut-off walls,” he says.

But other infrastructure like the bridges can’t be altered.

“We can’t raise those – so if the water level goes up by half a metre, we’ve got a half a metre less clearance under the bridges,” Kusturin told board members.

Information on the costs of remediation efforts is still to come. He said dealing with rising lake levels isn’t within the scope of the Port Lands Flood Protection project and that its budget doesn’t accommodate that.

Kusturin replied in the affirmative when he was asked by one board member if it’s possible the high-water mark will keep increasing.

Waterfront president and CEO George Zegarac pointed out at the same meeting that Waterfront Toronto obtained all the appropriate approvals for the Port Lands work, and said that if mitigation work is necessary and feasible they’ll ask the various levels of government for the funding.

At the February 26 Waterfront Toronto Design Review Panel meeting, detailed designs for South Promontory Park on Villiers Island, which is part of the Port Lands project, were showcased. They indicate that the maximum elevation in the park is 84 metres above sea level, and where the park meets the water, a very short distance from where the reconfigured mouth of the Don River meets Lake Ontario, the elevation is less than 77 metres.

University of Toronto assistant professor of Landscape Architecture and Urbanism Fadi Masoud, a member of the review panel, raised concerns.

“If this park is done in four more years and we’re already at 12 centimetres above previous water levels, where are we future-proofing this park?” queried Masoud.

Kusturin minimized the potential of the lake to flood any portion of the Port Lands. He said the area is not affected by higher lake levels.