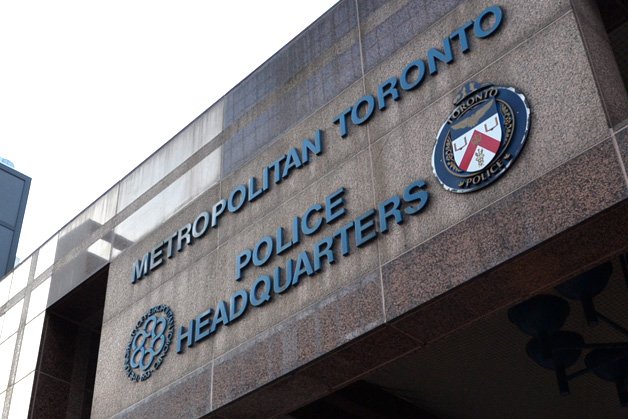 Citing Toronto  police’s handling of the investigation into alleged serial killer Bruce McArthur – and saying the Church-Wellesley community feels more vulnerable than ever – Pride Toronto is calling on Toronto police to withdraw its application to participate in this year’s Pride parade.

In a statement issued last night, Pride Toronto says police’s dismissal of community concerns about the investigation into a number of missing persons prior to McArthur’s arrest in the deaths of six (possibly seven) men in late January, “has added a new poignancy and a new pain to the fears that sit at the heart of anyone who lives a life of difference.”

The statement goes on to say that police’s dismissal of community concerns over the disappearances and deaths, including of Alloura Wells and Tess Ritchie, “has severely shaken our community’s already tenuous trust in the city’s law enforcement.” And that, “the relationship cannot be mended through a parade. Marching won’t contribute towards solving these issues they are beyond the reach of symbolic gestures.

“We are at a critical moment,” the statement adds, “where those who suffer from the deepest shame and scantest forms of support could be pushed further from view, deeper into darkness and closer to danger as a result.”

After months of talks, news that Toronto police had applied to take part in this year’s parade after being disinvited last year over hostilities with Black Lives Matter – Toronto surfaced last week. Those reports suggested “meaningful steps” had been taken to mend the relationship. Pride’s statement acknowledges as much, but suggests that energies on both sides would be “better invested in shared efforts that focus on deeper dialogue, collaborative action, and sustained institutional change.”

Toronto police were not immediately available to comment on Pride’s latest statement, but initial reaction on social media ranged from those critical of the move taking exception to Pride’s stated commitment to “inclusiveness.” Others, however, supported the decision noting the historic trauma and fear experienced by marginalized communities in the Church-Wellesley neighbourhood at the hands of police.

The latter was a theme at the March 22 meeting of the Toronto Police Services Board where a motion tabled by Mayor John Tory recommending an external review of police’s handling of the McArthur investigation was met with skepticism by community members in attendance.

A working group headed by board chair Andrew Pringle will determine the parameters of the review and present those to the board by May. But despite assurances from the mayor of transparency, it’s doubtful the review will – or even can – delve into errors and omissions in the McArthur investigation in a meaningful way since any information that could be seen to effect the six cases with which McArthur has now been charged with murder will be off limits.

There were sharp words from community members at the meeting about not being able to trust police anymore after ignoring community warnings a serial killer was on the loose as men in the neighbourhood began to go missing.

Becky McFarland of The 519 told the board about a community still grieving and afraid to report to police because of experiences in the past “that have been extremely negative.” She says there’s “a lack of understanding by police of people’s rights to be who they are.”

Brenda Ross charged police with “wilful blindness” for ignoring community concerns of missing and murdered gay men, which she says “should be viewed as a criminal act.”

Others, like trans activist Susan Gapka, talked about lingering fear of police in the community, in particular, among sex workers, homeless people and trans people. And the need for cultural change in the force for the healing to begin. Gapka told the board she was reluctant to show up for the meeting fearing intimidation. Looking around at the heightened security both outside and inside the board meeting room, it was not difficult to see why.