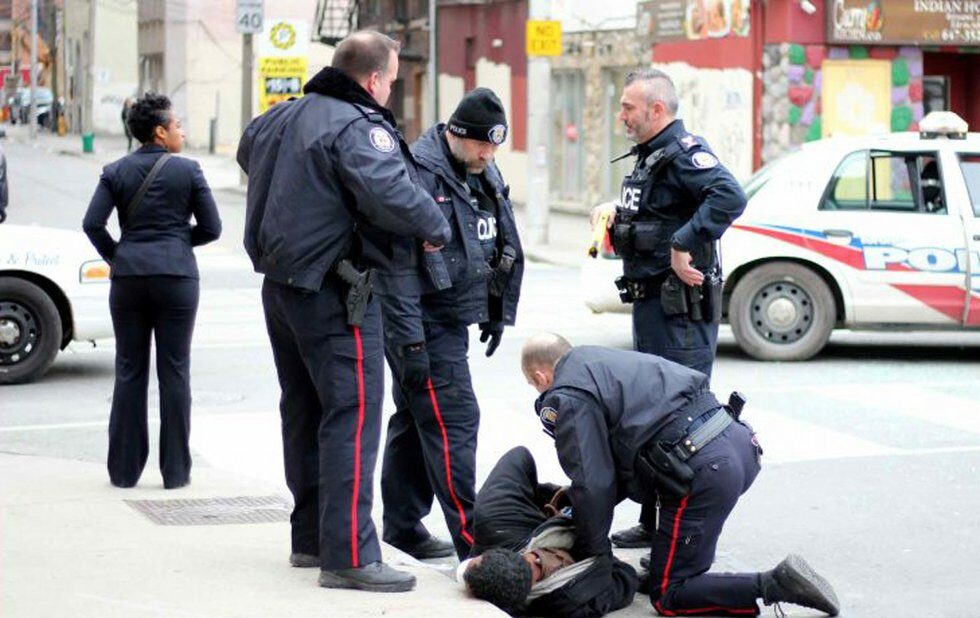 The results of the Toronto police’s internal review of its strip search policy will be on the agenda at the Toronto Police Services Board meeting on Tuesday, November 24.

This review, which was prompted by OIPRD’s report on police strip searches in Ontario in 2019, singled-out the Toronto Police Service for conducting strip searches at a rate far greater than that of other Ontario police services.

The result is a complete overhaul of the force’s policies and procedures on the search of persons, including strip searches.

Noting that the force’s former “‘search’ definitions and terminology were confusing and not aligned with the language used by Courts or other police services,” the new policy proposes updated definitions for four search categories: protective search, frisk search, strip search, and body cavity searches.

The new policy framework includes a staged approach to searches, informing the subjects of searches of the right to counsel prior to a strip search, and a requirement for police to record searches conducted throughout the booking process.

But for all the change, questions remain about how strip searches outside the arrest context will be conducted.

The Toronto police’s current “search of persons” policy is mainly concerned with searches conducted during an arrest, an approach that is designed to meet constitutional obligations for police decision-making set out in the Supreme Court of Canada decision R v. Golden (2001). The decision sets out when a strip search of persons could be justified.

But lower courts have since delved into legal issues arising from the strip search of people outside of the arrest context. That includes when people are being held for bail or by Court Services in general, in the drunk tank, or being transferred to other facilities.

The OIPRD report cited some 89 Ontario cases that came after the Golden decision that raise other legal issues around strip searches in these contexts. Those decisions highlight that case-by-case analyses are necessary for these contexts as well, not just when police are affecting an arrest, but that police policy is often not clear about justification and record-keeping requirements when it comes to these searches.

The new policy proposed for Toronto police, for example, remains vague about how strip searches of people held in these other contexts will be handled in order to prevent police officers from effectively conducting routine or otherwise unjustified strip searches on people in police custody.

In contrast to Toronto police’s new policy framework for documenting searches associated with arrests (including data about the race of the person searched and what items were located and at what category of the search) other search contexts require less documentation.

The new policy suggests that officers are required to record details about these other searches in their memorandum books only, which could affect the ability of the service to audit, investigate, and collect statistics about these other searches. This is especially important given the anticipated rollout of Full Body Scanner technology. A recent pilot of the technology took place in 14 Division’s central police lock-ups.

Given that the images generated by Full Body Scanner technology are often ambiguous or interpreted incorrectly, it is worth considering the potential hazard of using this technology to inform grounds for more invasive searches, like strip searches or cavity searches.

Coupled with looser record-keeping requirements in non-arrest contexts, officers’ use of the Full Body Scanner Technology to inform the grounds for strip searches could pose a problem for police accountability.

The potential for the technology to contribute to the rate of invasive and constitutionally regulated searches should be a topic for explicit Toronto police policy.

Without clear policy about when police strip searches are conducted outside of the arrest framework, the public cannot have full awareness about all the searches the TPS conducts.

This omission limits access to accountability mechanisms when these searches are conducted inappropriately or without proper justification.

Monika Lemke is a Ph.D. candidate in Sociolegal Studies at York University. Her research focuses on police strip searches.